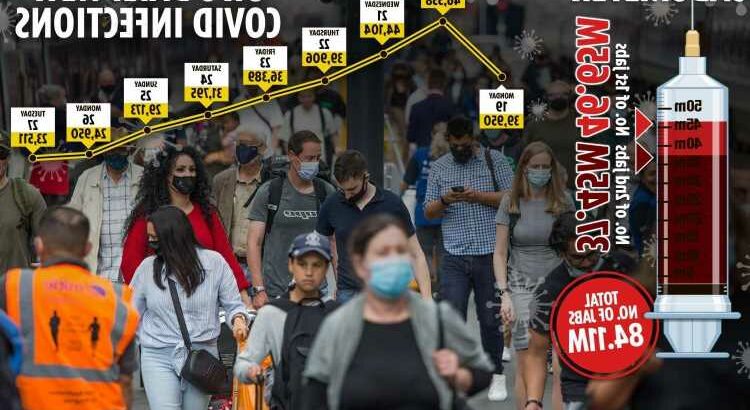 COVID cases fell for the seventh day in a row yesterday amid growing hope the third wave of the virus is finally in retreat.

There were just 23,511 cases — half the nearly 47,000 reported a week ago — despite Tuesdays often seeing spikes in numbers because of the weekend lag in reporting. 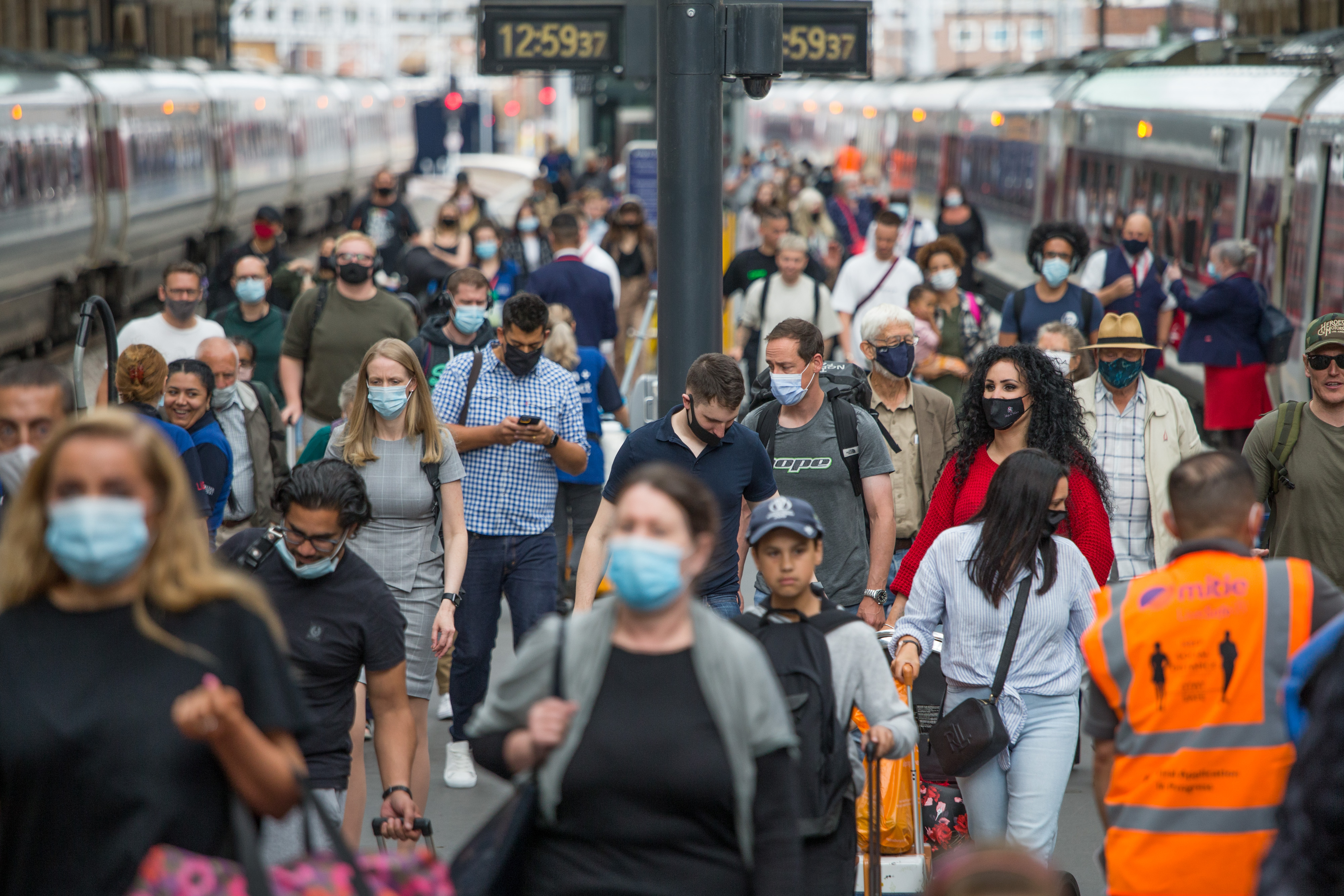 Deaths jumped to 131, the highest daily total since March, but the figure is nowhere near the levels seen in previous waves as vaccines continue to blunt Covid’s power.

Boris Johnson again called for calm and warned against “running away” with “premature conclusions” that the tide was turning.

Yet “Professor Lockdown” Neil Ferguson — who just days ago predicted there could soon be 200,000 cases a day — declared the crisis would be over by the autumn.

The government adviser and virus expert at Imperial College London said he was positive the worst of the pandemic would be over within months.

He said: “The effect of vaccines has been huge in reducing the risk of hospitalisation and death and I’m positive that, by late September-October time, we will be looking back at most of the pandemic.

He said the spike in July, which saw infections rise to 55,000 in a day, could have been caused by Euros football parties.

It might have dropped because people went out in sunny weather and schools started to close.

He added: “I think we’ll see a clear plateau emerge later this week. The real issue is will that turn into a long-term decline . . . or will we see a resurgence of hospitalisations and deaths as we go later into summer and autumn?”

His concern was echoed by the PM who told reporters in Surrey that people must still take care.

He said: “Step 4 of the opening up only took place a few days ago. People have got to remain very cautious. That remains the Government’s approach.”

There is concern in Whitehall that the seven-day drop may reflect the fading effect of indoor mixing to watch the Euros and that the virus could still be spreading.

One source said: “We need more data to know if this is just the football spike normalising, or things really are in retreat.”

She said yesterday’s figure reflected, in part, the high number of cases recorded in recent weeks.

She said: “We know deaths follow when there are a high number of cases.”

Meanwhile, the Test and Trace “pingdemic” continued to blight workplaces.

Mr Johnson repeated that the double jabbed will be able to swerve isolation by mid-August after ministers publicly cast doubt on that date.

He said: “I know that people have been frustrated about the pinging and the self-isolation . . .  particularly now as we’re starting to see some better figures.

“But I think everybody understands that this is still a very dangerous disease. We do need to use the tools that we have.

"Self-isolation is the one that we’ve got. But don’t forget, folks, that we’re ­coming forward with the new system from August 16. 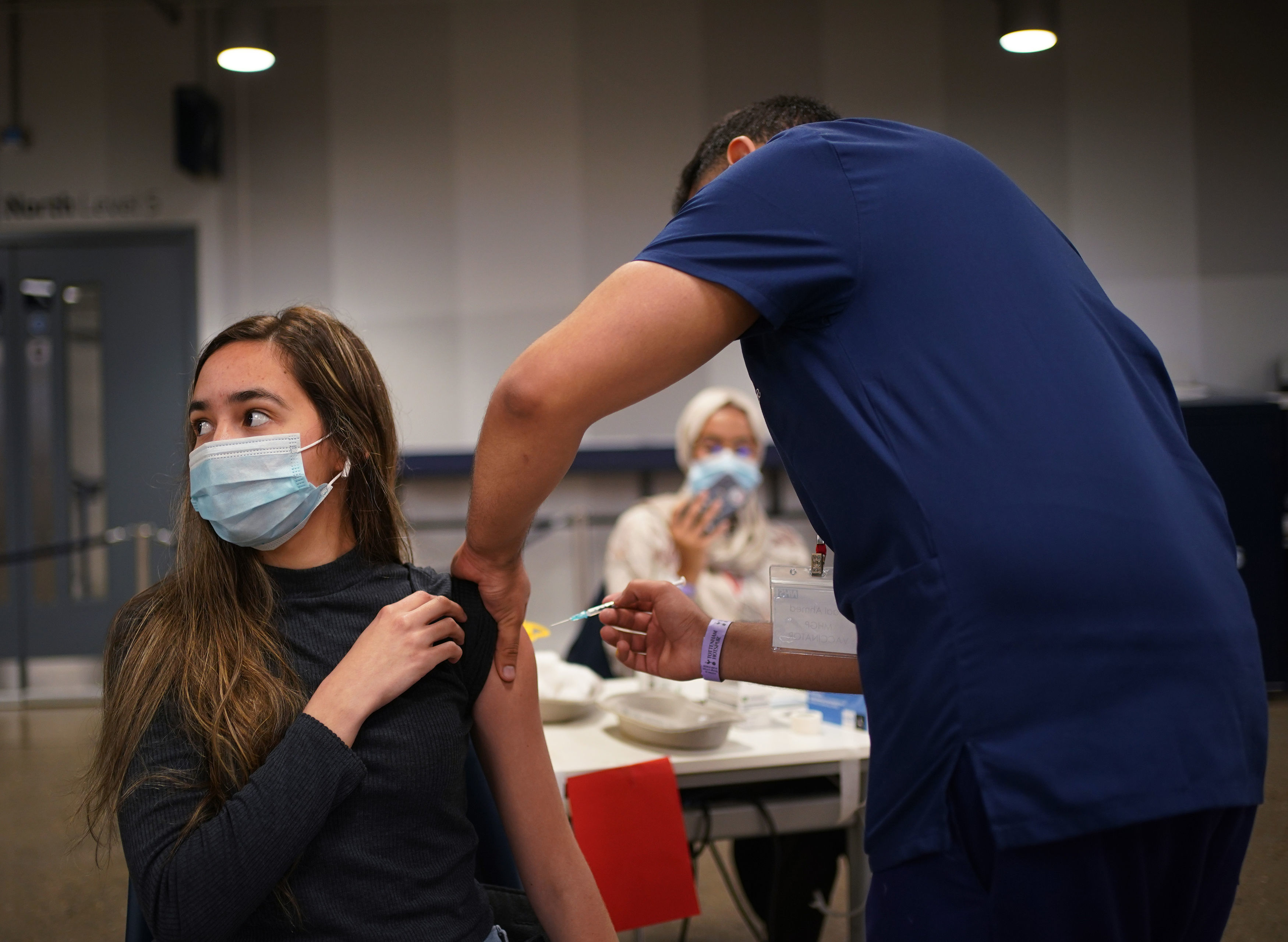 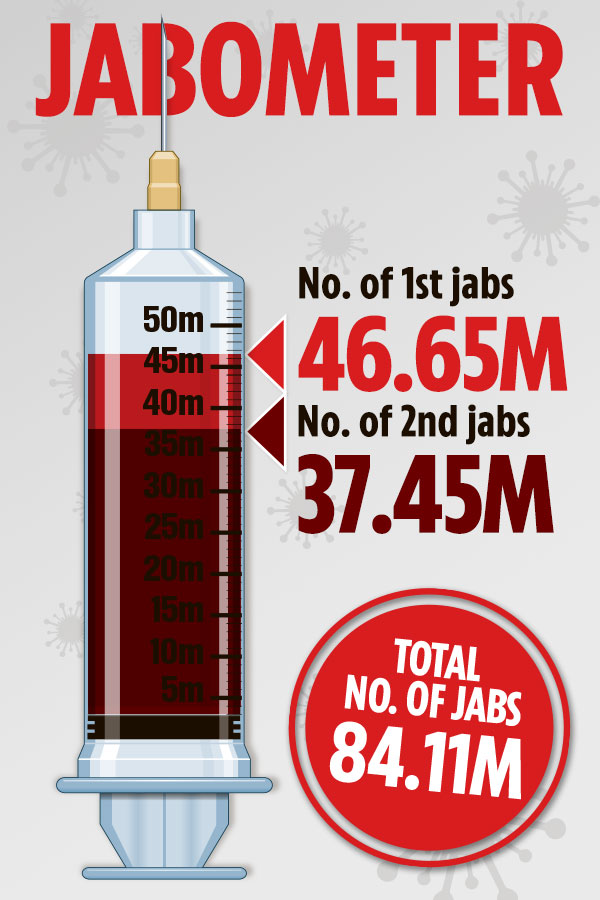 “We’ll come forward with the test-to-release approach then.”

Earlier, Policing Minister Kit Malthouse said the government would have to wait and “see what’s happening on the numbers” before confirming the relaxation.

He said: “Let’s all hope the numbers go well. People will be assessing in the week before what the numbers look like and then taking a decision nearer the time.”