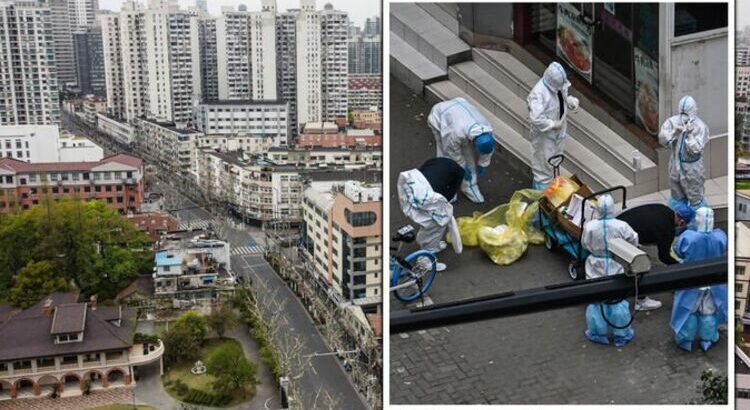 Throughout the Covid pandemic, China has imposed some of the strictest measures to quell the virus’s spread. Beijing’s “zero-Covid” strategy has tested the resilience of the Chinese public, many of whom are now voicing their anger over quarantine rules.

Why is Shanghai under lockdown?

During the past month Shanghai – an important financial hub in China – has been battling a new wave of Covid infections.

Authorities in the city have revealed that more than 73,000 positive cases have been found since the start of March.

On Monday, the city reported a record 13,086 new asymptomatic Covid cases, after a city-wide testing programme took samples from more than 25 million people in 24 hours.

Though the daily case numbers are relatively low by international standards Beijing’s strict crackdown on infections had initially led to sections of the city being placed under lockdown.

Eastern and western parts of the city were ordered to go into lockdown and conform to quarantine rules.

However, on Tuesday, Chinese officials moved to place the entire city under lockdown – covering all 25 million people who live there.

The announcement came after authorities had said further restrictions would be placed on transport links – leading to the suspension of a number of tube services.

In some areas of the city, residents have reported they’re not allowed to leave their housing compounds, not even to collect essential provisions.

Ordering food and water online has proven difficult for some while customers are also being subjected to restrictions on when they can place orders, because of a shortage of supplies and delivery staff.

One resident wrote on the social media site, Weibo, that they were “not able to buy food” and had “nothing left” in their fridge.

To help alleviate pressure on the city, around 38,000 people have been deployed to Shanghai from other regions.

Chinese state media have said it is the biggest nationwide medical operation since the shutdown of Wuhan in early 2020.

Wu Qianyu, an official at the municipal health commission, said: “Currently, Shanghai’s epidemic prevention and control is at the most difficult and most critical stage.

“We must adhere to the general policy of dynamic clearance without hesitation, without wavering.”

According to the Shanghai municipal health commission website, 30 main hospitals across the city had suspended their operations on Tuesday.

At present, China’s approach to the pandemic is markedly different from other countries who are now pursuing a strategy of existing alongside Covid.