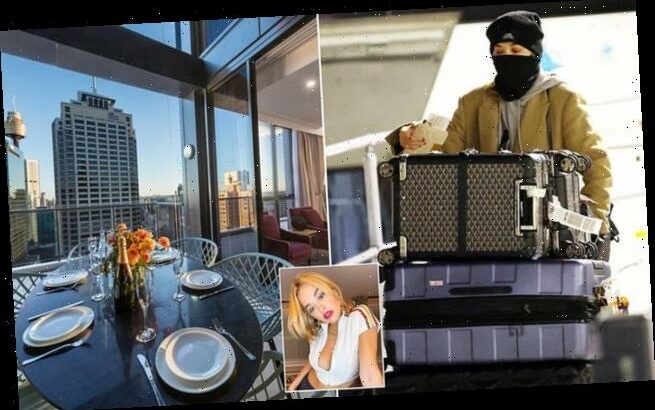 Rita Ora faces backlash in Australia for jumping queue ahead of 40,000 nationals locked out of country by strict Covid laws as she spends 14 days in quarantine at £270-a-night hotel

Rita Ora’s arrival in Australia has been greeted with a fierce backlash amid claims she was given special treatment to allow her into the country.

Ora arrived at a Sydney hotel for two weeks of forced quarantine on Monday ahead of filming for her role as a coach on The Voice.

Australia’s shadow home affairs spokeswoman, Kristina Keneally, said Ora’s hotel spot meant her quarantine was at the expense of Australians desperately seeking to return home – while there was a backlash on Twitter. 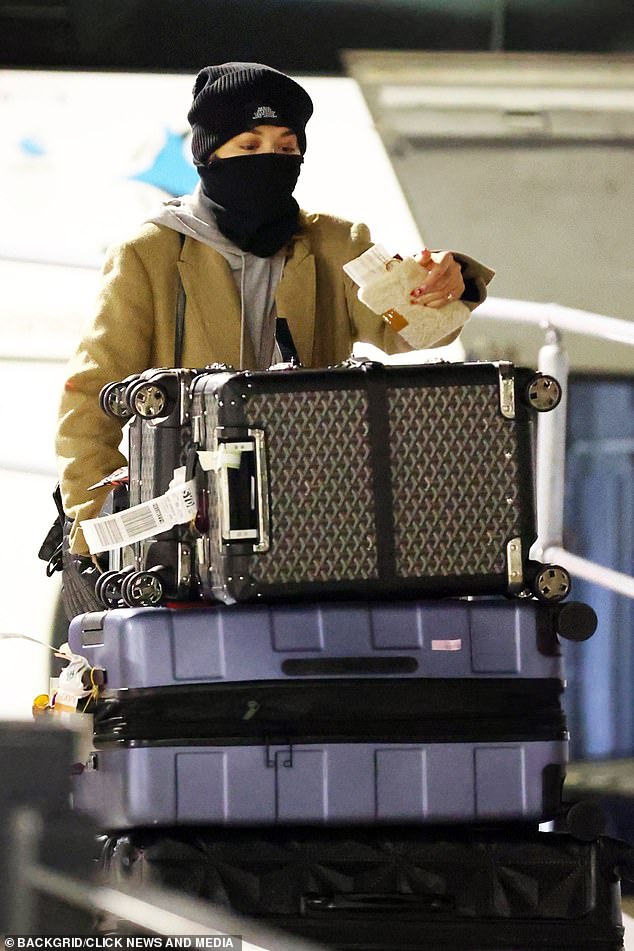 Rita Ora has faced a fierce backlash over her trip to Australia to judge The Voice Down Under. Seen touching down in Sydney on Monday, she will now have to quarantine for 14 days 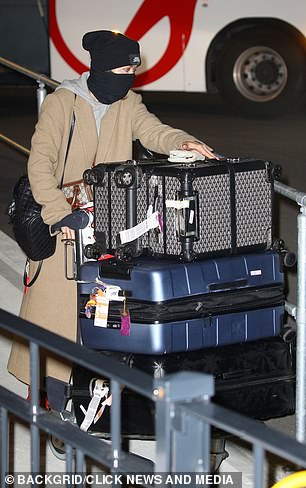 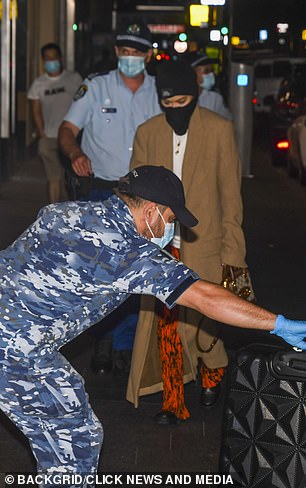 Australia’s shadow home affairs spokeswoman hit out at celebrities like Ora (pictured arriving) who are allowed to come into the country ahead of some 40,000 nationals who are shut out

The singer was given an armed escort to a hotel to begin a two-week quarantine in Sydney when she landed on Monday before she is able to begin work as a coach on Australia’s TV version of The Voice.

Australia’s strict Covid laws only allows 4,250 international arrivals a week, which has meant around 37,000 Australian nationals are ‘stranded’ abroad unable to see their families.

The singer, who held a Covid-flouting birthday party at a Notting Hill restaurant in November, faced anger on Twitter over her trip down under. 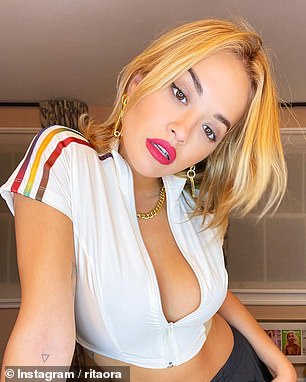 VeeDoubleYou slammed the singer, tweeting: ‘Can anyone tell me why the f*** people like Rita Ora are allowed to go to Australia and do whatever they want, when the rest of us can’t? #COVIDIOTS #CoronaVirusUpdates #COVID19.’

Paul Keogh wrote: ‘Rita Ora should be booted out of Australia asap and barred for life. She is a disgrace. One rule for us, no rules for her. . .’

Olive Lee stormed: ‘She doesn’t give a sh*t about getting herself and her team into quarantine in Australia. Normal people couldn’t enter because of her ignorance & arrogance.’

Journalist Bevan Shields Tweeted: ‘Rita Ora gets an exemption at the expense of Australian citizens who are desperate to come home, on the verge of mental health breakdowns and financial ruin.’

Meanwhile Labour MP Ms Keneally complained that the singer was being given preferential treatment.

‘There are still 40,000 Australians stranded overseas. Every celebrity who takes up a place in quarantine is a place denied to a stranded Australian,’ she told The Guardian. 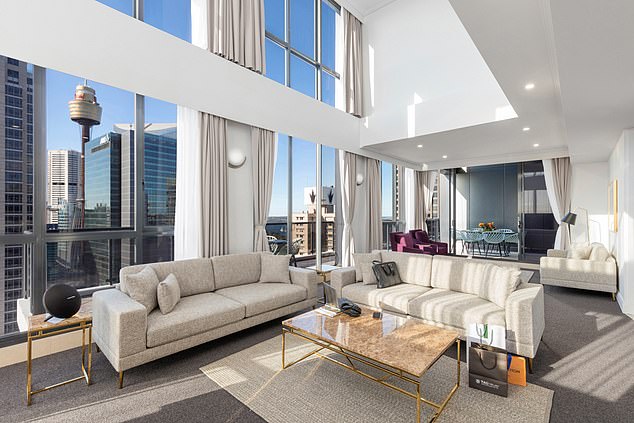 She is staying at Sydney’s five star Meriton Suites Pitt Street hotel (pictured), where the penthouse suite costs £279 per night 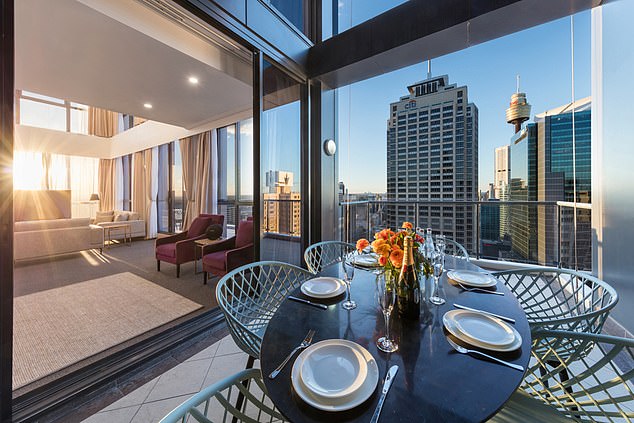 Ora and her entourage didn’t organise to isolate in a private residence and will stay at the hotel (above), meaning her quarantine will count towards Australia’s cap on international arrivals

Reports of celebrities, including Matt Damon and Miranda Kerr, being granted permission to isolate in self-organised private residences to avoid Australia’s strict hotel quarantine regime have generated backlash within Australia.

However, Ora, who reportedly travelled with an entourage, did not organise to isolate in a private residence, meaning her quarantine will count towards Australia’s strict cap on international arrivals.

She is staying at the the five star Meriton Suites Pitt Street hotel, where the penthouse suite costs £279 per night.

She has the choice of the staying in the Studio Suites 1, 2 and 3, bedroom suites or the indulgent Penthouse Collection Suites, which boast stunning views across Sydney – but she will be forbidden from leaving her suite for 14 days.

She will also be prohibited from using any of the hotel facilities, while room service will also be suspended for the duration of her quarantine. Meals will be the same as served to everyone else – unless she orders additional food herself from outside the hotel. 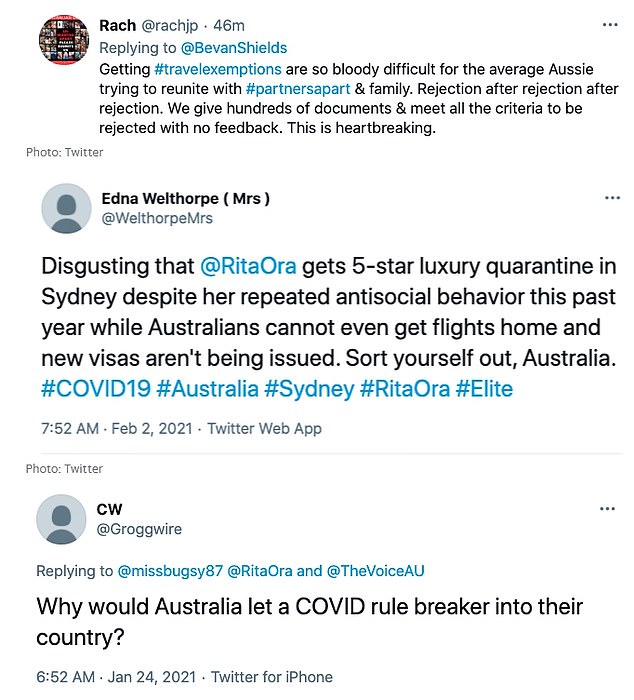 People have taken to Twitter to voice their displeasure at Ora’s trip Down Under with one asking: ‘Why would Australia let a Covid rule breaker into their country?’ 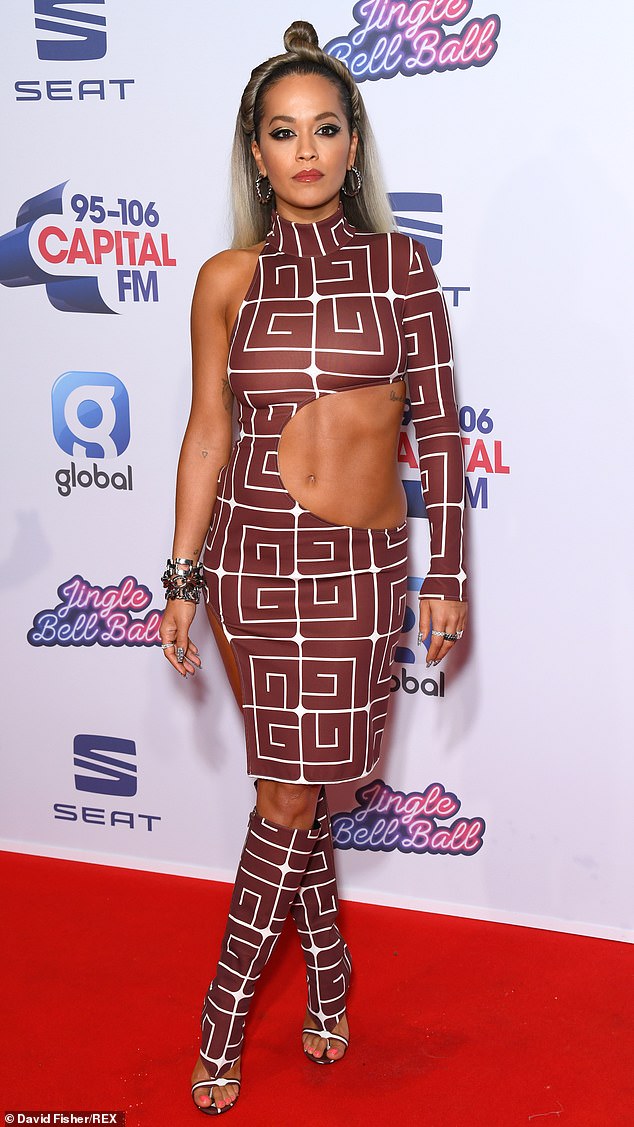 Ora apologised for hosting her 30th birthday party attended by 17 guests at a restaurant in Notting Hill back in November and offered to pay the £10,000 issued to the upmarket venue

The star has apologised for holding the celebration, which was attended by 17 people on 28 November last year, calling it an error in judgement.

She then said sorry a second time when it emerged that she should have been self-isolating when she celebrated her birthday, after a trip to Egypt.