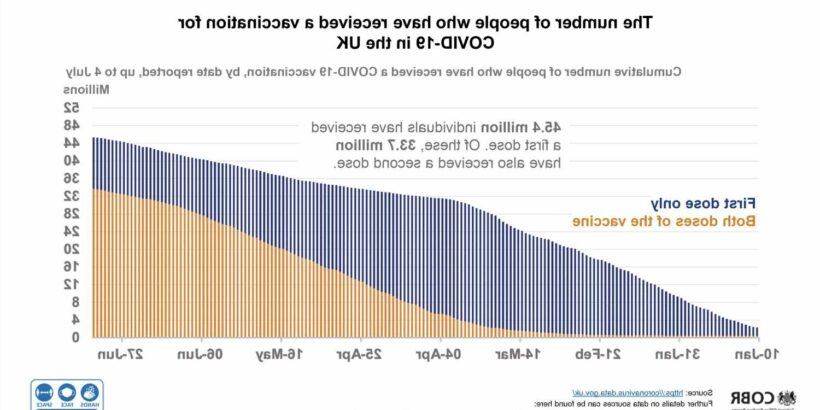 CORONAVIRUS vaccines are working even though cases are on the up, Sir Patrick Vallance said tonight.

The government's chief scientific adviser urged Brits to get their jab as the vaccine helps to "break the link" between cases, deaths and hospitalisations, but highlighted that it doesn't completely stop the virus. 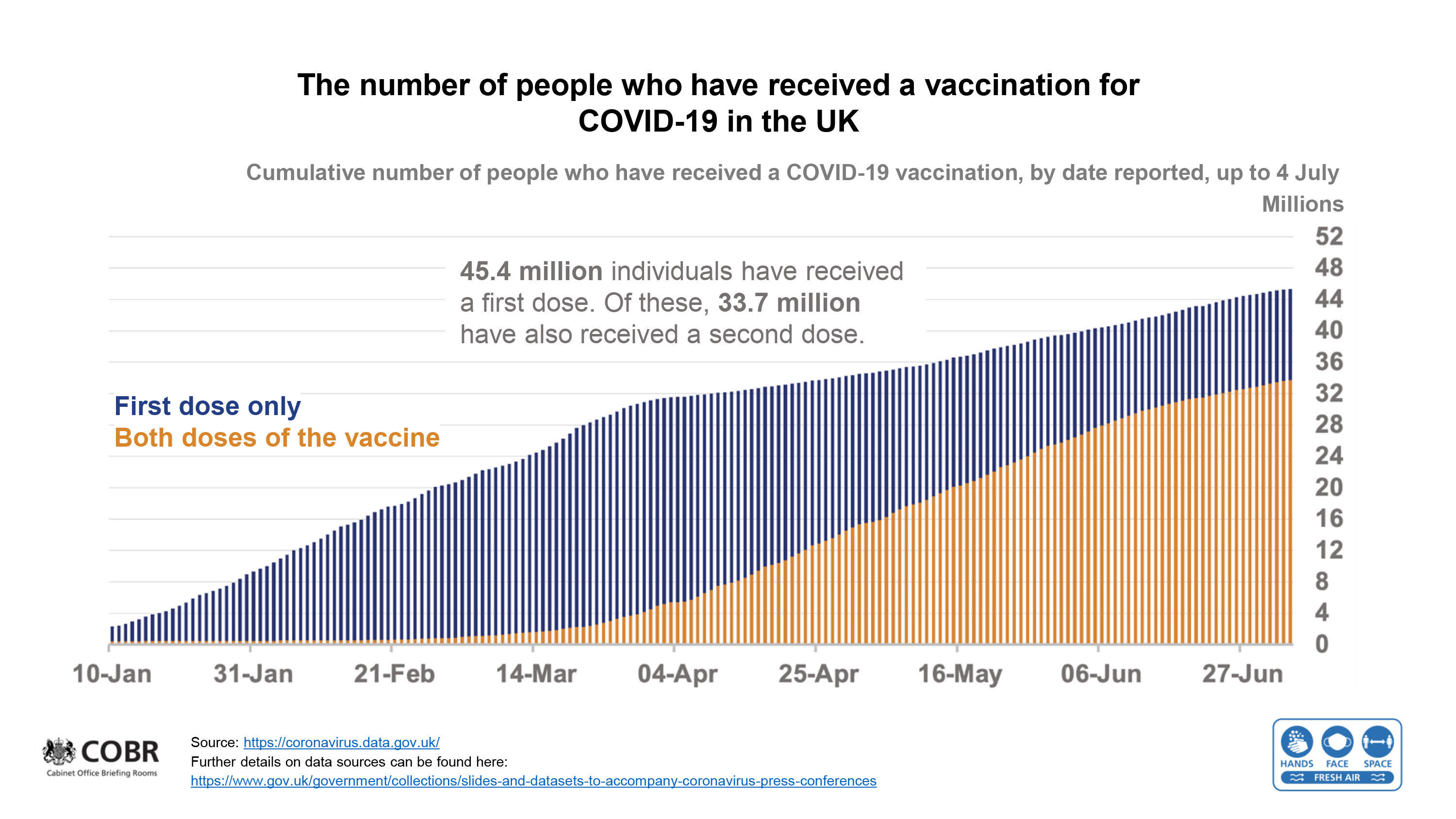 Today it was reported that UK daily Covid cases have more than doubled in just two weeks as 27,334 infections were recorded.

Despite the surging numbers, just nine coronavirus deaths were reported in the last 24 hours.

While numbers are increasing, the correlation between infections and deaths remain relatively low.

The figures come after Prime Minister Boris Johnson revealed that the last round of restrictions will be eased on July 19.

Speaking alongside Mr Johnson this evening, Sir Patrick said: "We are in the middle now of another increase in cases, it's going quite steeply.

"The number of case is increasing, the doubling time is roughly nine days, it's mainly amongst younger people but spreading up the age groups." 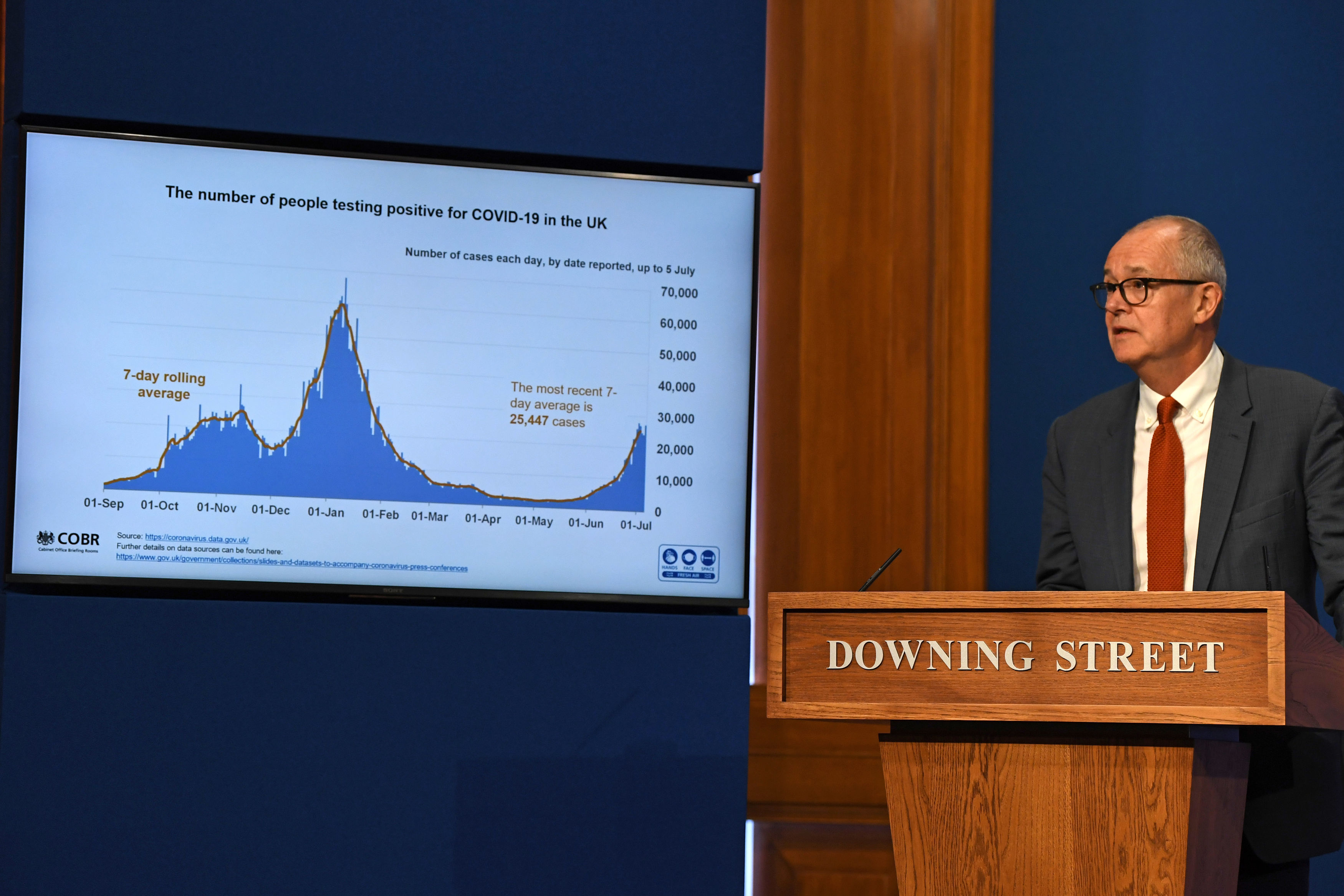 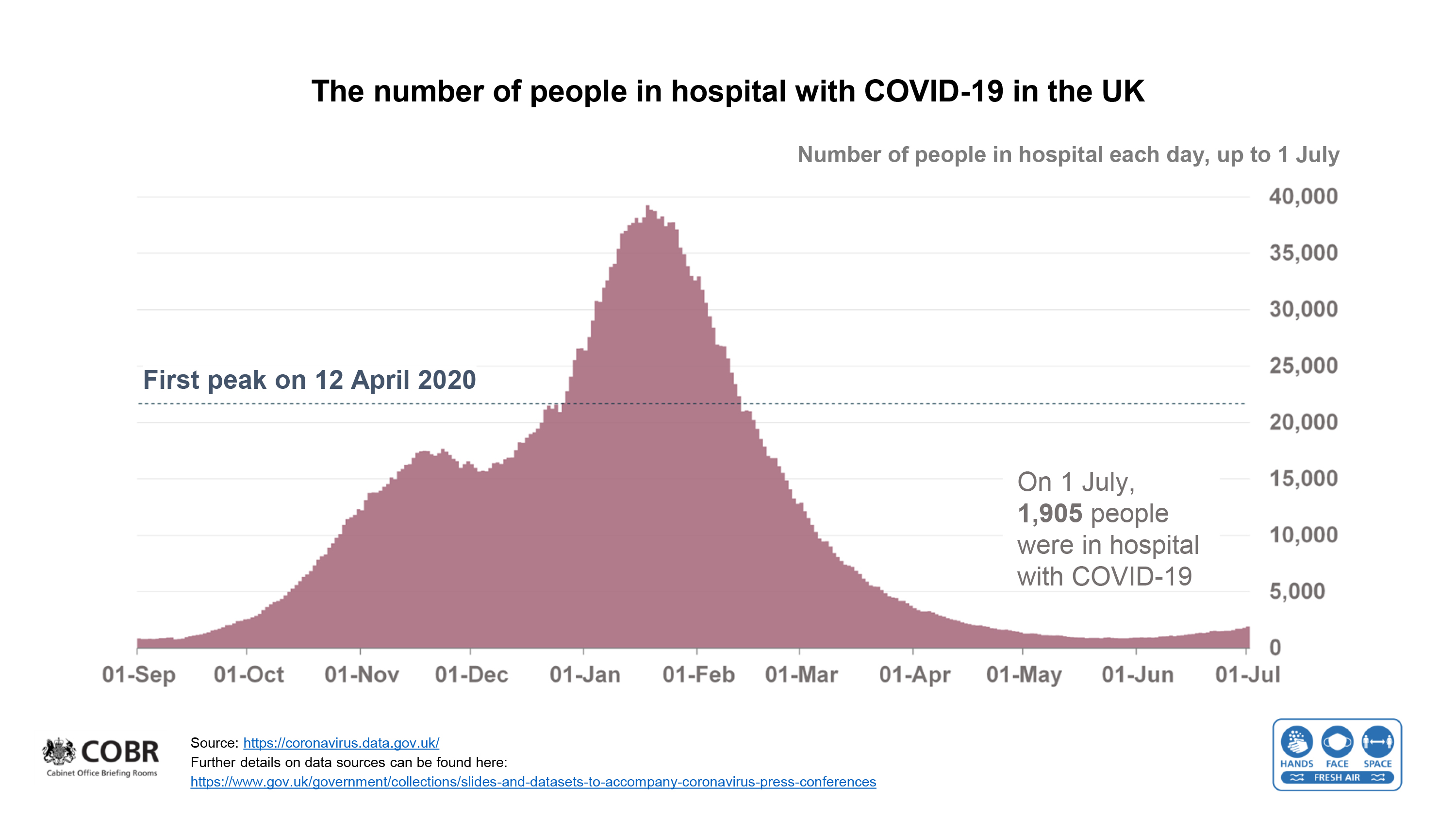 Explaining the slides shown to the public he said: "There is no doubt we are now facing an increase of cases numbers.

"What you can see is that there was again a peak in November of hospitalisation and a big peak in January and February but in sharp contrast to the number of cases we have an increase but it is not as steep.

"Essentially what this shows is that the vaccines have weakened the link between cases and hospitalisations, but it's a weakened link not a completely broken link."

Millions of vaccines have been rolled out across the UK to protect people from Covid and the Prime Minister announced this evening that everyone under 40 could now get their second jab eight weeks after their first.

The PM said the aim is that "everyone over 18 should be double jabbed by the middle of September".

He said this is on top of the autumn programme of booster jabs for the most vulnerable.

Mr Johnson said this evening: "We will move away from legal restrictions and allow people to make their own informed decisions about how to manage the virus." 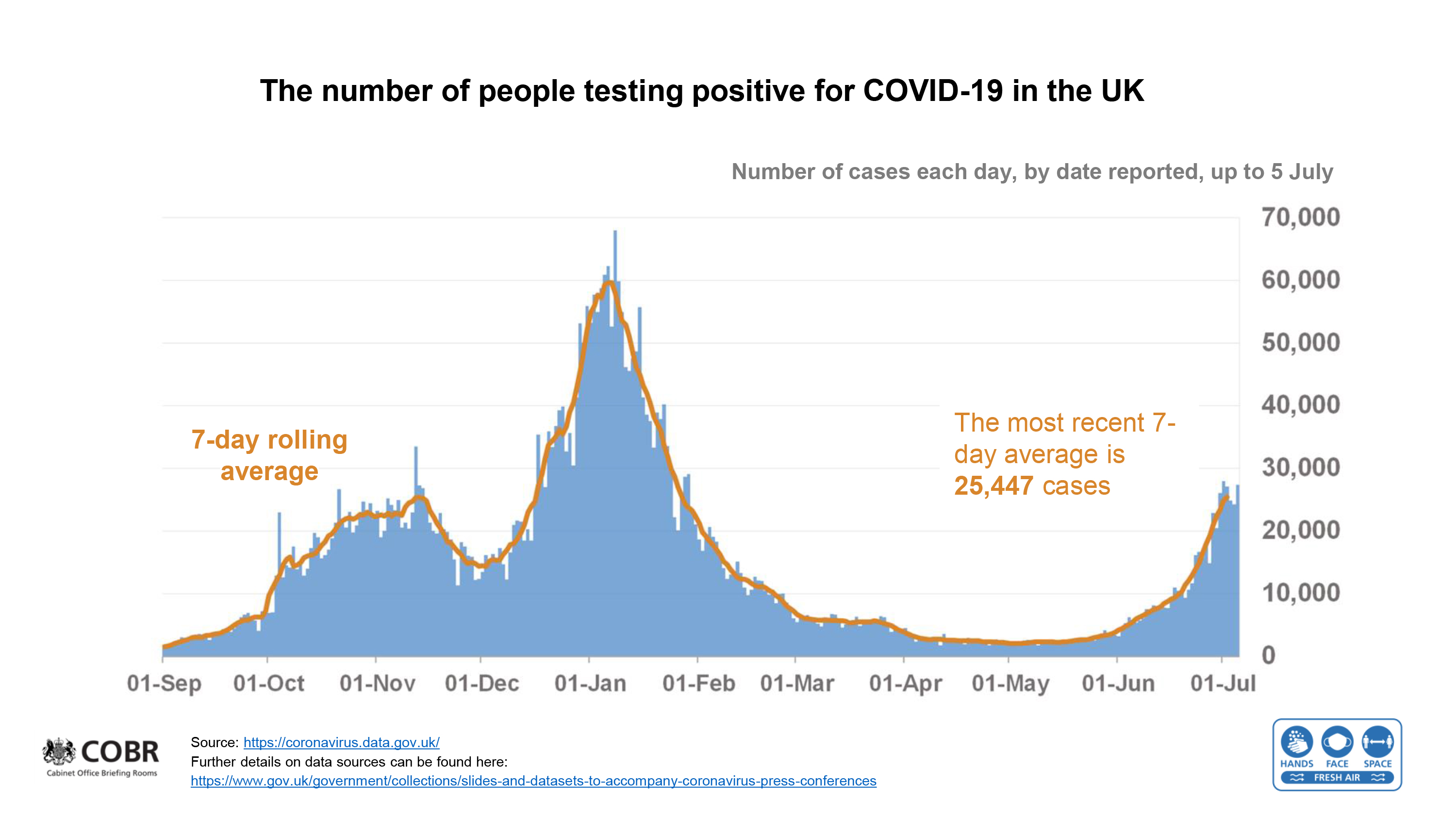 Sir Patrick added: "As the cases get much higher you would expect the hospitalisations to increase.

"That is even more evident when we look at deaths.

"Deaths are increasing, they're at low levels, but there is an increase.