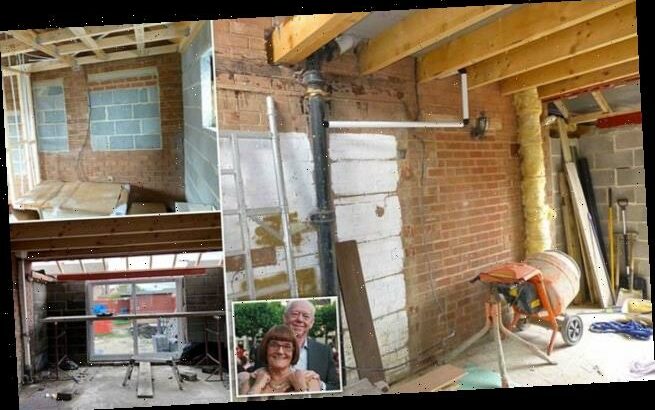 Cowboy builder, 46, is jailed for 13 months after he left family ‘financially crippled’ by spending their £46,000 on drink and drugs and instead of building extension

A cowboy builder has been jailed for 13 months after he ‘financially crippled,’ a family by spending their £46,000 on drink and drugs instead of building an extension.

Kelvin and Julie Briggs bought a house in Billingham, Teesside, with hopes of building an extension to make room for Julie’s elderly parents.

But after shelling out thousands to Jamie Thompson, 46, in 2017, the family became concerned over the slow pace and quality of the work.

Last week a court heard Thompson used the money to fund his alcohol and drug habits, along with four mortgages he needed to pay.

Thompson was jailed for 13 months and two weeks at Teesside Crown Court last week after admitting to fraud and two customer protection charges.

Friends have launched a fundraising campaign to support the couple, as they face a £60,000 bill to finish the works and fix the shoddy job Thompson had started. 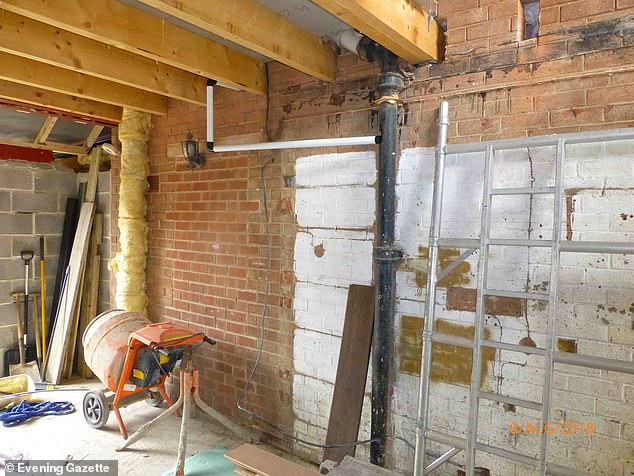 A court heard how Thompson spent the money on alcohol and drugs, as well as paying off four mortgages. The family now face a £60,000 bill to fix the works 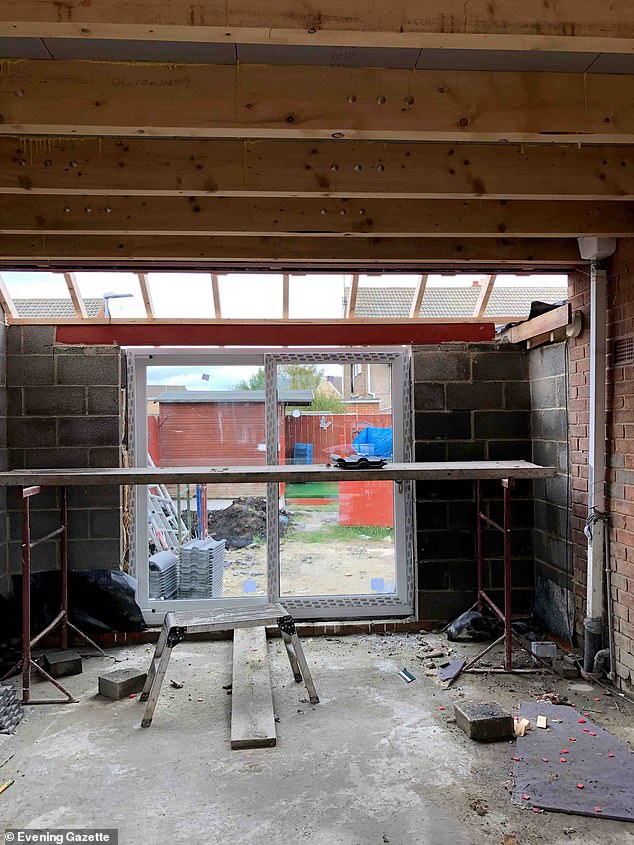 As well as leaving the extension incomplete, Thompson also failed to install a bathroom for the Briggs, forcing them to spend an extra £1,300 for someone else to carry out the work

Teesside Live reported on the court proceedings after Thompson was contracted by the family to build the extension in 2017.

The court heard how the family had concerns over the quality of his work, but continued to pay him any money he set out for parts and labour.

Questions were then raised when he demanded money for a boiler to be fitted in an area where work hadn’t even finished.

Thompson had been contracted to complete a bathroom for the Briggs’, but when he failed to carry out the work, the family had to fork out £1,300 for someone else to do it.

The court heard how the family were forced to use their neighbour’s bathroom during the delays.

Three months into the work, a local council representative arrived to say that construction should have started, despite assurances from Thompson that he would ensure the site had planning permission. 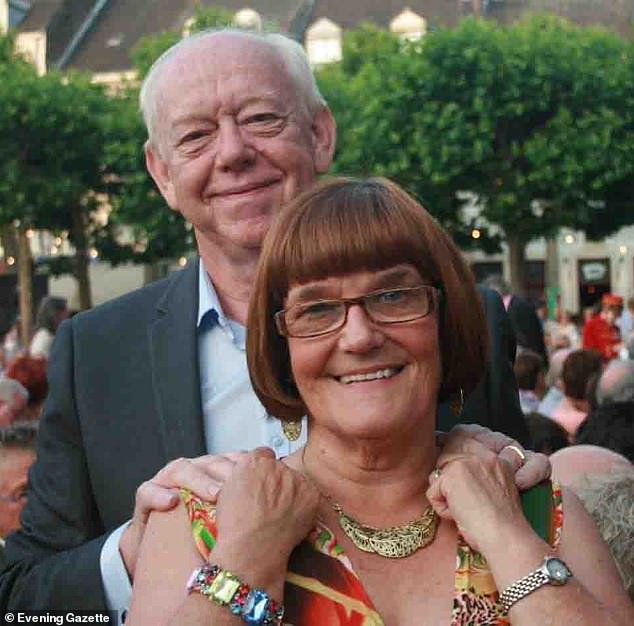 Kelvin and Julie Briggs paid Jamie Thompson £46,000 to fit an extension on their new home Billingham, Teesside back in 2017 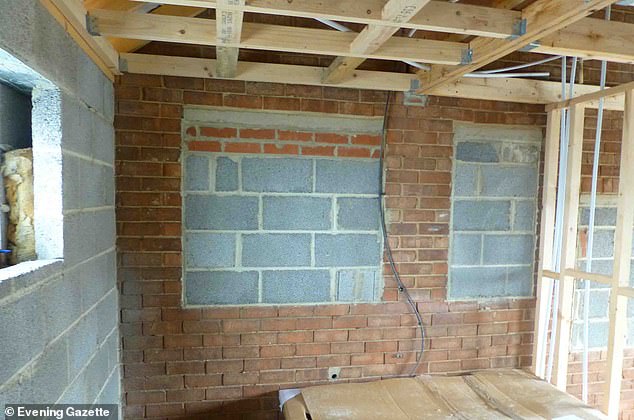 The Briggs had hoped to build an extension for their elderly parents at their home in Billingham, but instead cowboy builder Jamie Thompson fleeced them of £46,000, carrying out poor work at an increasingly slow pace before eventually downing tools 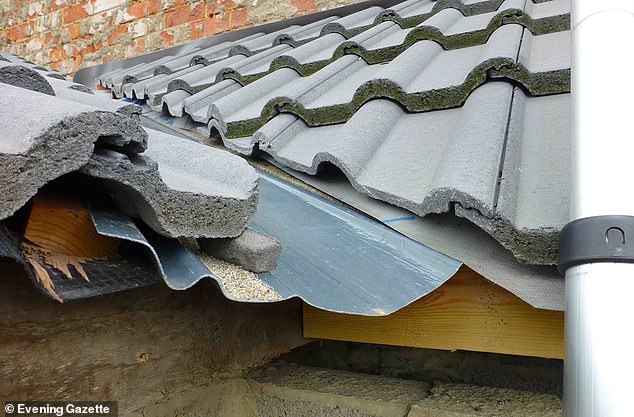 Despite concerns over his work, the Briggs continued to pay more money to Thompson that he claimed was for parts and labour 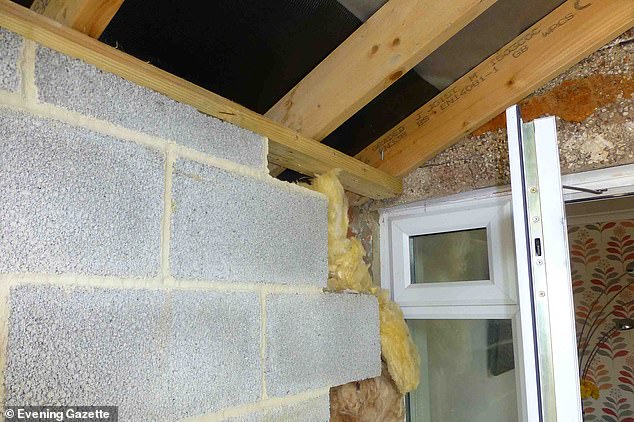 A friend of the family said court proceedings only ‘scratched the surface’ of the three-year ordeal the family has been put through by the Hartlepool builder.

Scott Horsley, a friend of the Briggs, told of the ‘horrendous’ situation describing it as ‘absolutely unbelievable’.

He told of how the family has suffered financially and emotionally at the hands of Thompson.

With their permission, he launched a fundraising page to help the ‘devastated’ family.

He claims a large part of the property is uninhabitable, adding: ‘The family have been quoted up to £60,000 to rectify and complete the works’.

On the GoFundMe page, Scott explained the property requires essential underpinning and structural works which will make the building safe and watertight.

He added: ‘Once the structure is made safe, we can then involve local businesses and tradespeople to help make the house liveable for the full family.

‘The money isn’t to buy taps and electric sockets, it’s to make the house structurally safe before the building work on the inside.

‘Then it’s onto Plan B – trying to get people involved and local businesses to help out.’

Scott said the family are still in a ‘catch 22 situation’ after ‘sinking all of their savings into the development’ and having to rent whilst the house is inhabitable.

Ann and Brian, who are 72 and 73, have moved house 12 times due to taking on short-term rental contracts waiting for building to be completed. 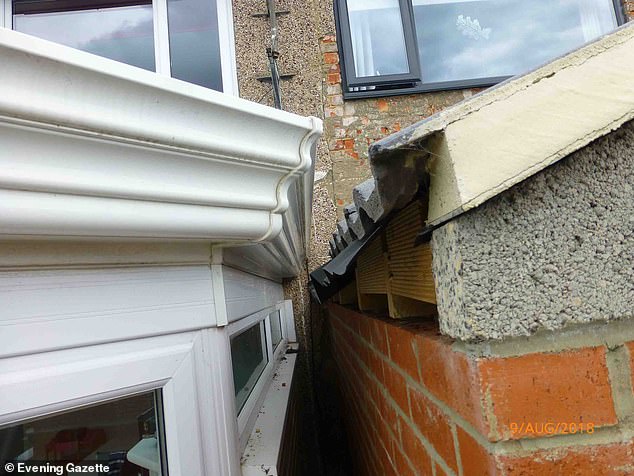 Friends hope to raise £10,000 to help the victims of a rogue trader afford the extension they have already spent thousands on 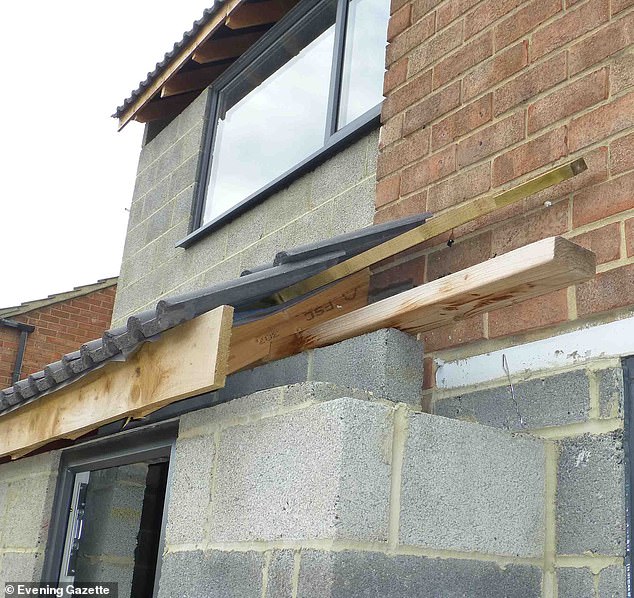 He added: ‘I’m asking for help due to the state that the property has been left, they do not see the day when Ann and Brian who are in their 70’s will have a home of their own.

‘Ann and Brian have used all of their saving/pension funds over the past three years on numerous rentals due to building works never being completed.

‘It’s just not right. They’re in their 70s and should have a decent quality life now.’

The home transformation was also for Julie’s brother Andrew to live with the family.

He is described as a ‘lovely bloke who everybody knows in the area, a really nice guy’. 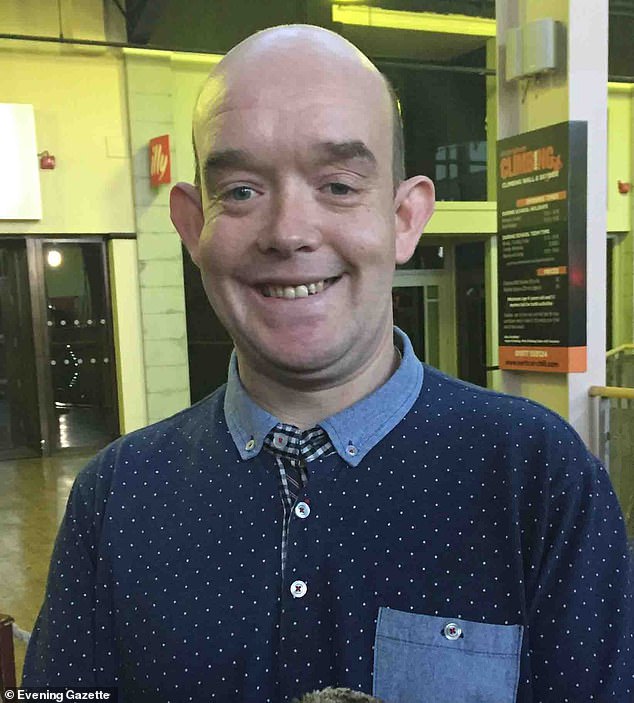 Andrew Stothard (pictured) is looking to help his friends raise £10,000 to finish the job they started paying for in 2017

Scott said the family have estimated it will be around four years before the house is in a ‘livable state’.

Scott launched the fundraising page over the weekend and said the support of the local community has been ‘fantastic’.

He added: ‘I know that in the present climate, times are very difficult for many families financially, but I’m hoping our local community can come together to support this much in need family.’