£1.4m crackdown on gang web clips: Sajid Javid sets up a specialist unit to remove violent content that glamorises drug-selling and carrying weapons’ from the internet

A crackdown on online gang videos promoting violence has been launched by Home Secretary Sajid Javid.

He is setting up a £1.4million specialist unit to find and remove gang-related content from the internet.

Police warn that sites such as YouTube and Facebook are abused by gangs to goad rivals, leading to bloodshed.

In September, a gang video on Google was linked to the killing of Corey Junior Davis, 14, in East London. The Home Office’s Serious Violence Strategy, published in April, said photo and video-sharing sites were used to ‘glamorise gang or drug-selling life, taunt rivals and normalise weapons carrying’.

A 20-strong team of police officers and staff will form a ‘national social media hub’. It will flag up illegal and harmful gang violence content so the tech firms can remove it. 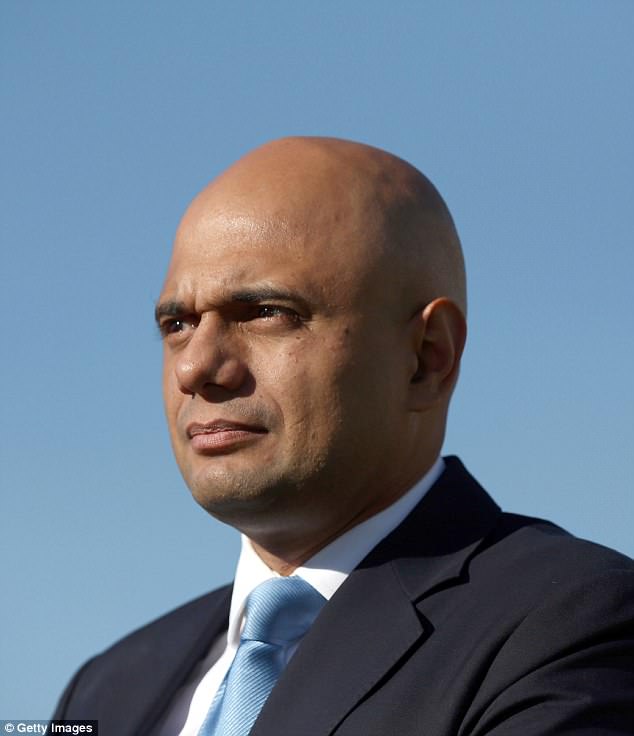 Hosted by the Metropolitan Police, the new capability aims to prevent shootings and stabbings by identifying gang-related messages generating the most risk and violence.

He wants them to tackle knife culture in the same way they have for terror and religious extremism. 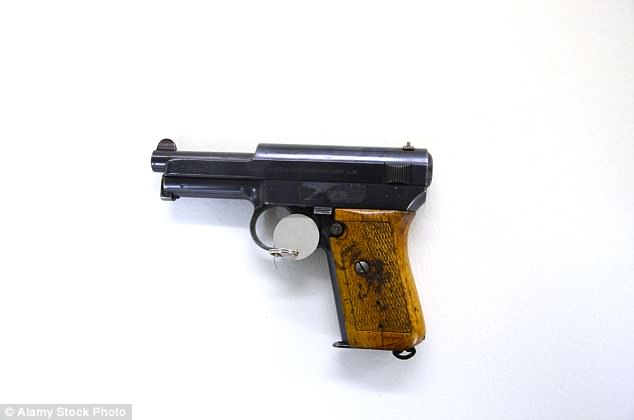 He said yesterday: ‘Street gangs are increasingly using social media as a platform to incite violence, taunt each other and promote crime.

‘This is a major concern and I want companies such as Facebook and Google to do more.

‘We are taking urgent action and the new social media hub will improve the police’s ability to identify and remove this dangerous content.’

Scotland Yard deputy assistant commissioner Duncan Ball said: ‘Police forces across the country are committed to doing everything we can to tackle violent crime and the impact that it has on our communities.

‘Through this funding we can develop a team that is a centre of expertise and excellence that will target violent gangs and those plotting and encouraging violence online. 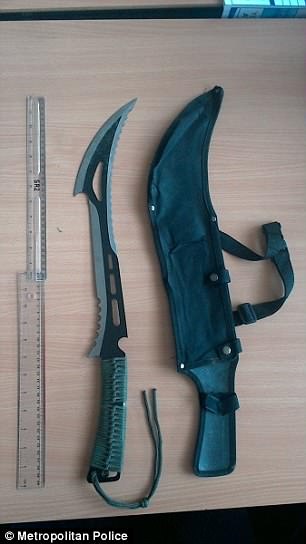 A zombie knife which was seized by police

‘By working together with social media companies we will ensure that online material that glamorises murder, lures young people into a dangerous, violent life of crime and encourages violence is quickly dealt with to cut off this outlet for gangs and criminals.’

The new partnership is being built by the Home Office with the London Mayor’s Office for Policing and Crime, tech companies and local charities.

Mr Javid will this week also publish an Offensive Weapons Bill which will contain a blitz on knife sale.

It will become illegal to deliver blades to homes. Instead, they must be collected from a non-residential address such as a web retailer’s shop. The buyer must prove they are over 18.

So-called zombie knives, with long, serrated blades, will be illegal to possess even in private, with a maximum four-year jail penalty.

A ban on blades at schools will be extended to cover other educational institutions including sixth-form colleges and universities.