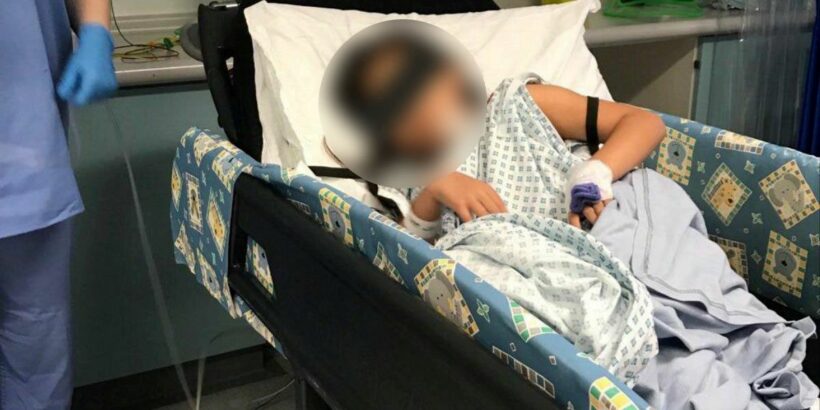 An "aggressive" dog has been ordered to be destroyed after it left a young girl scarred for life.

The owner of Rocky the Rottweiler, who left the 7-year-old victim with facial injuries after she went to stroke him, walked free from court, however.

James Palmer, 31, reportedly told the young girl that his dog was "friendly" on April 11 last year – the dog then leapt up and attacked her.

Read more: Terminator dog' robots to be deployed on US border as Black Mirror 'comes to life'

The girl was rushed to hospital for extensive facial surgery, after being left with a gaping wound to her cheek.

Palmer was handed a six month jail sentence, suspended for a year.

Palmer admitted he was in charge of a dangerous dog who was out of control and caused injury when he appeared at the Worcester Magistrates' Court in May.

The mother of the girl has since spoken out about the profound effect the attack has had on both the young girl and her family.

The parents, who wish to remain anonymous, spoke previously about how they believe it was only the black hoodie the young girl was wearing that stopped the dog from biting her throat.

The girl's step-dad, 35, said: "It was lucky – I feel the hoodie saved her life. If the dog had grabbed her neck, that would be it."

Sumreen Asfar, prosecuting, told the court: "There was a call from her mother that a dog was attacking her child. She was taken to the A&E. There was flesh hanging from her face."

"She has had surgery, she is going to have a scar on her face for the rest of her life."

Miss Asfar went on to say that the dog was not muzzled, despite being muzzle trained.

"The dog can become aggressive – if he is not muzzled this can be a repeated incident," she said.

"When the dog was seized by police it was unwell and was suffering from malnutrition."

Will Harrison, defending, said that Palmer had suffered mentally from the attention that case has attracted in the media.

"Not only that but in July this year he was admitted to hospital with a collapsed lung. He is signed off work," he said.

Either the dog, Rocky, had felt threatened and reacted, or that children had ice creams and the dog had tried to bite one, accidentally catching the victim's face.

He added: "There was no sustained attack, it was a lunge. Ultimately, the report concludes, if properly managed the dog isn't a danger."

The girl, now 9, when recalling the attack said she could feel the power of the dog, but thought he was friendly.

She said: "Then I saw he was looking at me and he looked like he wanted to attack me.

"He was looking me straight in the eye and looked like he was about to pounce. He jumped and bit. When his paws were on me I felt how strong he was. I felt the power."