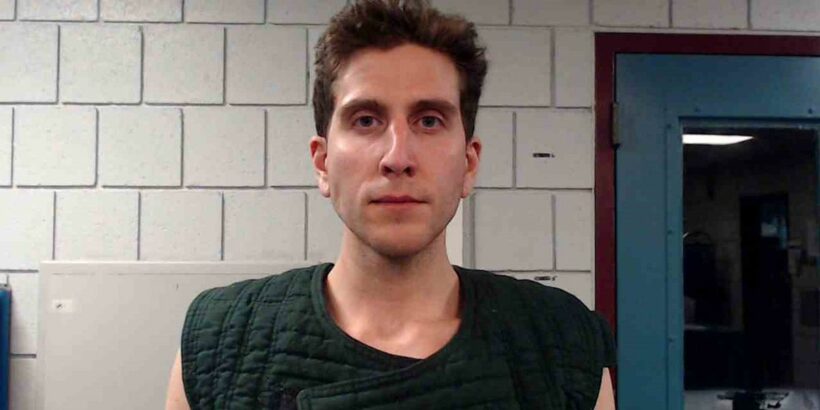 A man accused of murdering four students in their bed allegedly tried to expose himself while rapping aggressive songs and threatening prison guards, a report claimed.

A fellow inmate at the Monroe County Jail in Pennsylvania said defendant Bryan Kohberger threatened to "pee on the face" of a guard while attempting to expose himself during a display of disturbing behaviour.

The inmate said Kohberger shouted at a guard: "You come in here and I’ll cut you. I’m going to pee on your face. Do what you want with me, I don’t give a s***."

READ MORE: Sick crimes of 'Coronation Street' rapist still causing nightmares but about to be freed

Kohberger has been charged of four counts of first-degree murder after four University of Idaho students were brutally killed.

Kaylee Goncalves and Maddie Mogen, both 21, and Xana Kernodle and Ethan Chapin, both 20, died in their beds in the rented house they shared on November 13 2022.

The murder scene was described by police as "the worst we have ever seen".

Valerie Cipollina, 50, told the Daily Mail she saw the strange behaviour during a six-hour stint at the jail when she was taken into custody for domestic violence on New Year’s Day and placed in a cell across from the accused killer.

Cipollina said she could see Kohberger's upper body through the glass.

She didn't recognise him but was told by another inmate: "That’s the guy who killed those college students."

Cipollina added that the man she thought to be Kohberger was lifting his shirt repeatedly, and she said she heard a female guard telling the man to put his pants back on.

"I couldn’t see his genitals because the glass wall only went down so far," she said, but said she thought he was trying to expose himself to the guard.

"I could see him through the polycarbonate glass window of his jail cell. He was standing up right against it, yelling out violent rap lyrics."

She claimed he yelled “F*** my enemies and foes,” a line from Lil Wayne’s song “Multiple Flows,” before a guard told him to shut up, prompting more violent threats.

"He then screamed at the top of his lungs, 'Come in, all of you. You scared of me? You should be scared of me. You’re going to do nothing to me because I’m going to cut all of you up,'" she said.

It’s unclear where in the jail Kohberger is being held in custody and whether he is near other inmates, potentially women.

PhD student Kohberger, 28, was arrested on Friday (December 30, 2022) at his family home in Pennsylvania.

He had previously been described as "awkward" and "extremely intelligent" by classmates – a far cry from this account.

A Monroe County public defender said Kohberger “is eager to be exonerated” of the four counts of murder.

The Daily Star has contacted the Monroe County Sheriff's Office for comment.