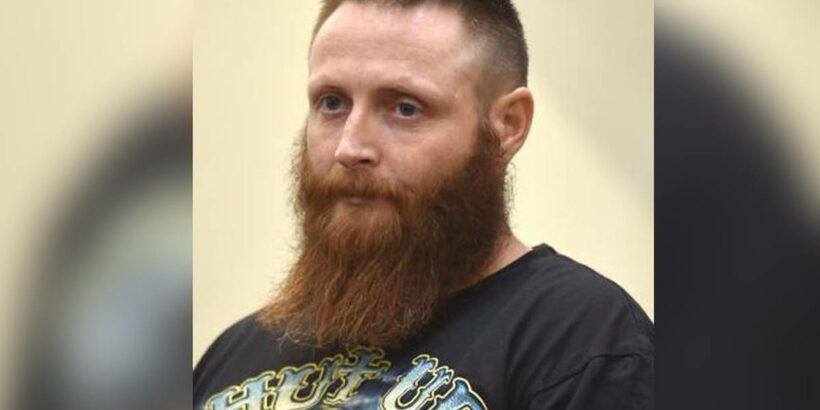 A Dunedin man was beaten to death with a cricket bat before his body was dumped on a rural road, a court has heard.

John Kenneth Collins, 39, admitted killing his friend, 45-year-old Brent Andrew Bacon, but said he did so in self-defence.

He pleaded not guilty to murder at the outset of his trial before the High Court at Dunedin yesterday but admitted counts of interfering with a body and unlawfully taking the victim’s car.

Bacon’s body — bundled into a sleeping bag — was found in an advanced state of decomposition under a low-hanging tree beside a road in Seacliff on February 18, 2019. He had died two weeks earlier.

After leaving him there, Collins and his partner, Aleisha Dawson, 32, fled to Blenheim, where they sold Bacon’s Toyota people mover for $250.

They took a ferry to Wellington and then traveled by bus to Rotorua, where police eventually found them.

Collins told officers that Bacon had been acting “paranoid” that night while at the couple’s flat at 47 Lock St, in St Clair.

He said the victim came at him, fist raised and looking angry.

Collins described using a cricket bat overarm “like swinging an axe” but said he did not intend to hit Bacon.

However, when the man was on the ground on his stomach, the defendant told police, he hit him again in the back of the head.

There might have been a third blow but he said he “blacked out”.

Bacon suffered fractures to his skull and face, as well as broken bones in his hands, which she said were consistent with defensive injuries.

“The Crown says the nature of the injuries, their location and the force and number of blows all indicate an assault that amounted to murder rather than self-defence,” Norman said.

The court heard Bacon had moved to Dunedin in 2018 after telling his sister, Lia Bezett, he felt lost and lonely.

She told the jury how her brother’s life had been blighted by drug use, which had prompted a series of mental-health crises through the years.

Bezett and her husband, Sam, agreed to house Bacon while he worked for their building company.

However, soon after, Collins and Dawson, friends the victim had known in Christchurch, moved down, too.

Bacon spoke fondly of the couple, Bezett said, and admired their efforts to get their lives on track.

She and her husband hosted the pair for a roast and said they were open about “how munted drugs made them”.

They gave Collins work, painting an office and their bedroom, in a bid to give him a leg-up but Bezett sensed they were “unraveling” when the man tried to get payment for the job before completing it.

She told the jury there seemed to be desperation about the defendant, and Bacon, who had been using methamphetamine that year, had described them as becoming increasingly volatile.

The family’s concerns grew the longer the victim was missing.

Early on February 18, after attending a wedding, Bezett made the short walk from his St Clair home to Lock St and kicked in the door.

“I remember immediately seeing a pool of blood … and Brent’s jandal,” he told the court.

“I remember thinking that’s too much blood to survive.”

Counsel Len Andersen said his client might have killed Bacon but stressed he did not have murderous intent.

The trial, before Justice Jan-Marie Doogue and a jury of six men and six women, is expected to conclude next week.