‘This is for Ukraine’: Croatian football team coach is SACKED for enraging Russians by celebrating victory with anti-Putin video

A Croatian national football team coach has been sacked days before the World Cup semi-final with England after posting a pro-Ukraine video that has enraged Russians.

It was published on Saturday, just after Croatia defeated the host nation on penalties in a closely fought quarter-final.

Their actions were criticised by Russian politicians and led to a warning from FIFA’s disciplinary committee. 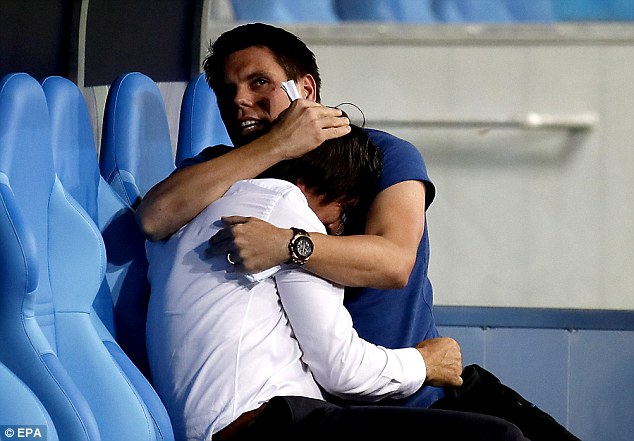 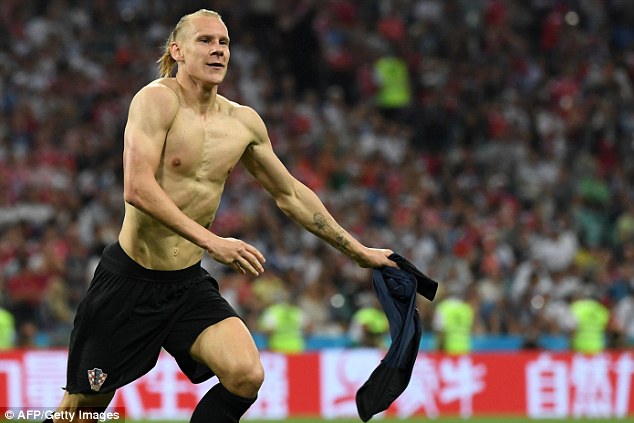 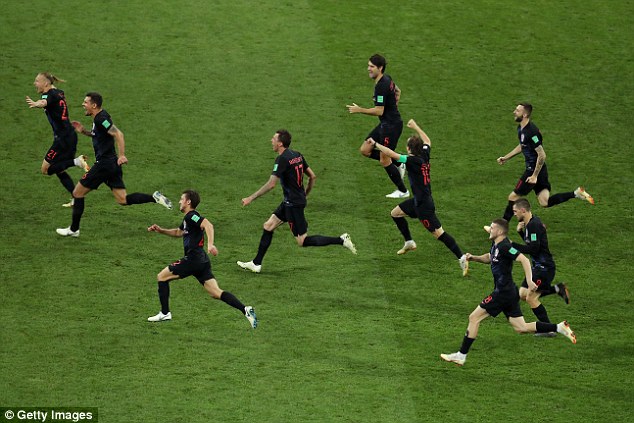 ‘Glory to Ukraine!’ was a slogan of the former Soviet republic’s pro-EU revolution that toppled a Russian-backed president in 2014.

The revolt was condemned as illegal by Moscow and sparked a crisis in relations between the two neighbouring states.

The Croatians apologised for Vida’s involvement in the scandal.

In the video, Vida and Vukojevic – both of whom once played for Ukrainian side Dynamo Kieve – praise the Eastern European nation.

Vukojevic said: ‘This victory is for Dynamo and Ukraine,’ while Vida shouted: ‘Glory to Ukraine!’.

Relations between Ukraine and World Cup hosts Russia remain fraught after the latter’s 2014 annexation of the Crimean peninsula and its backing for a pro-Russian uprising in the east of the country.

War in eastern Ukraine has claimed more than 10,000 lives.

The Croatian football federation said it has revoked Vukojevic’s team accreditation at the World Cup and relieved him of his duties as an observer for the Croatia squad.

‘[The federation] hereby apologises to the Russian public for the actions of a member of the Croatian delegation,’ it said.

It said that Vukojevic and Vida also apologised for their statements, saying they were not intended to be political messages but ‘unfortunately left room for such interpretations’.

The clip was picked up by Russian state media and drew condemnation from some officials.

‘Political, nationalist and racist slogans are not welcome at the World Cup.’ 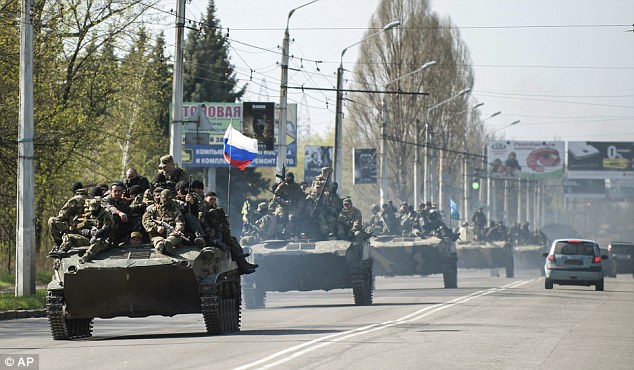 Relations between Ukraine and World Cup hosts Russia remain fraught after the latter’s 2014 annexation of the Crimean peninsula and its backing for a pro-Russian uprising in the east of the country. Pictured: Tanks flying the Russian flag in Ukraine in 2014 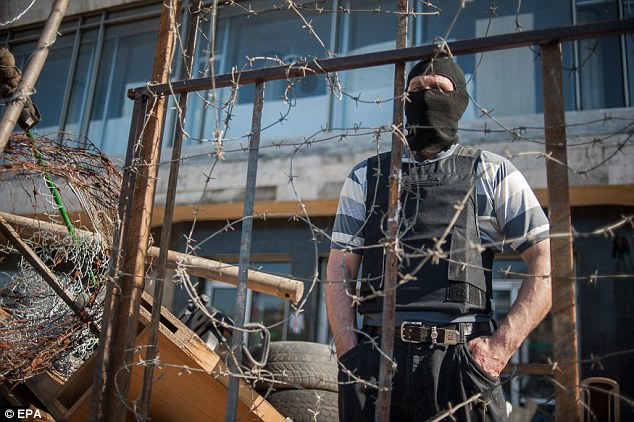 A masked pro-Russian protestor stands behind a barb wire crowned barricade near the occupied regional administration building in Donetsk, Ukraine, in 2014

He said: ‘There is no reason for the player to comment.

‘We apologise if anyone reconstructed what was said as a message of support for the Ukraine.

‘We would not want to make a story out of that.’

But the safety of Croatian fans in Russia may be at even greater risk.

Anti-Croat songs have reportedly already been sung in Moscow as Russians vent their fury at a nation that traditionally supported Ukraine against their aggressive eastern neighbours.

Russia also took Serbia’s side in the Yugoslav Wars of the 1990s, during which Croatia won its independence from a Serb-controlled army.

The furore could lead to some Russian fans backing England in the semi-final in Moscow on Thursday, analysts suggested.