The Pacific Princess turned around to rescue the men, whose boat sank about 25 miles north east of Great Yarmouth four hours prior, after spotting a distress flare in the North Sea. 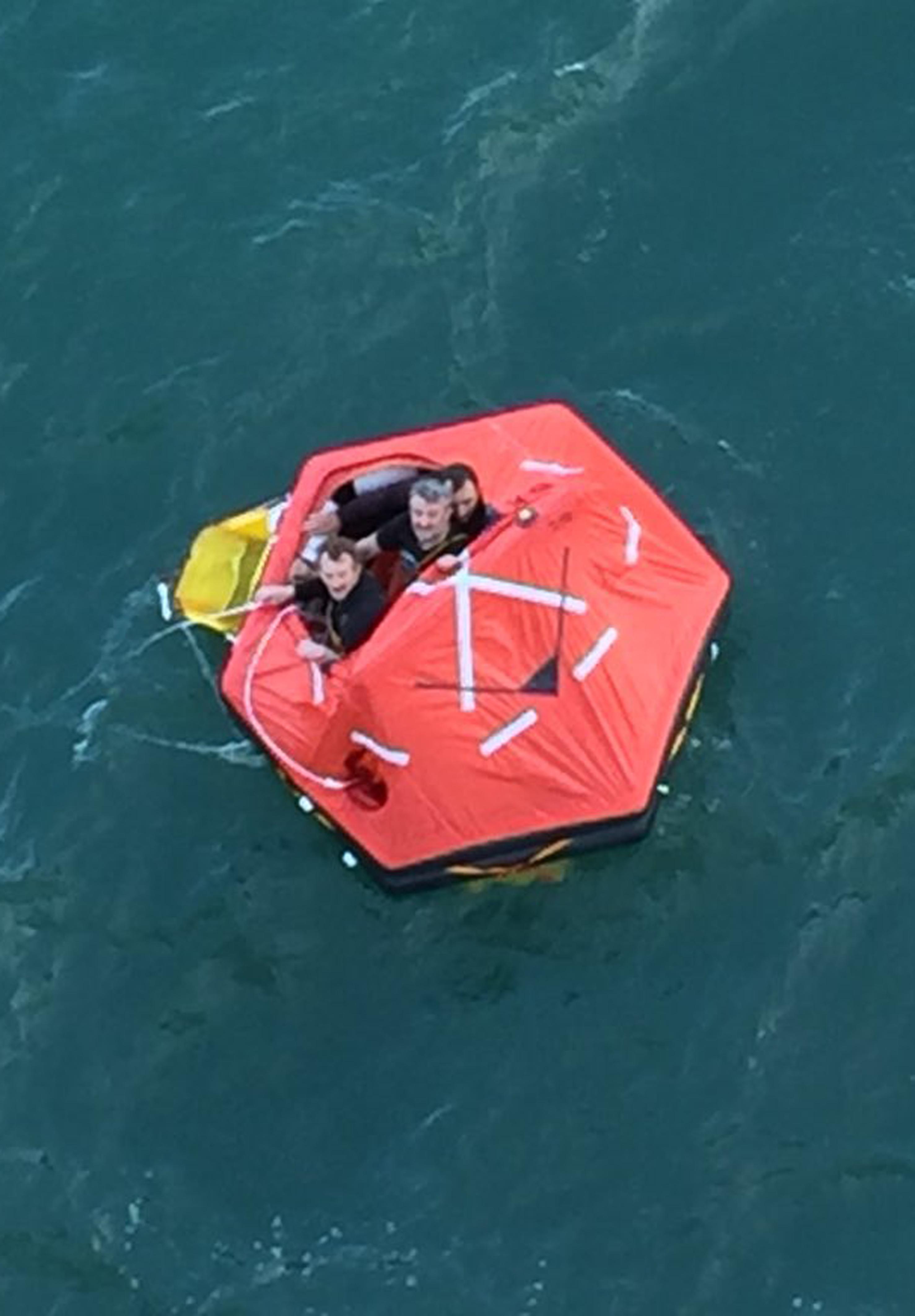 Passenger Teena Dowd said the captain announced there was a life raft on the ship's starboard side at around 6.30pm, and that within the hour the three men had been helped onto the boat.

Ms Dowd, who is on the vessel with her daughter, said concerned passengers lined the deck and clapped as the shaken men were helped out of their lifeboat.

The Canadian, who lives near Toronto, said: "We were on the very top deck, and people were just sort of holding their breath, everybody was anxious.

"Because we all at the time thought there was only three of them, and everybody clapped when they came on the ship.

"But we didn't know until a while later, when the captain announced that there was actually two more and we were still searching for them."

Ms Dowd said the crew threw a rope out to the trio in the hexagonal life raft, before extending a ladder so they could climb up the side of the ship. 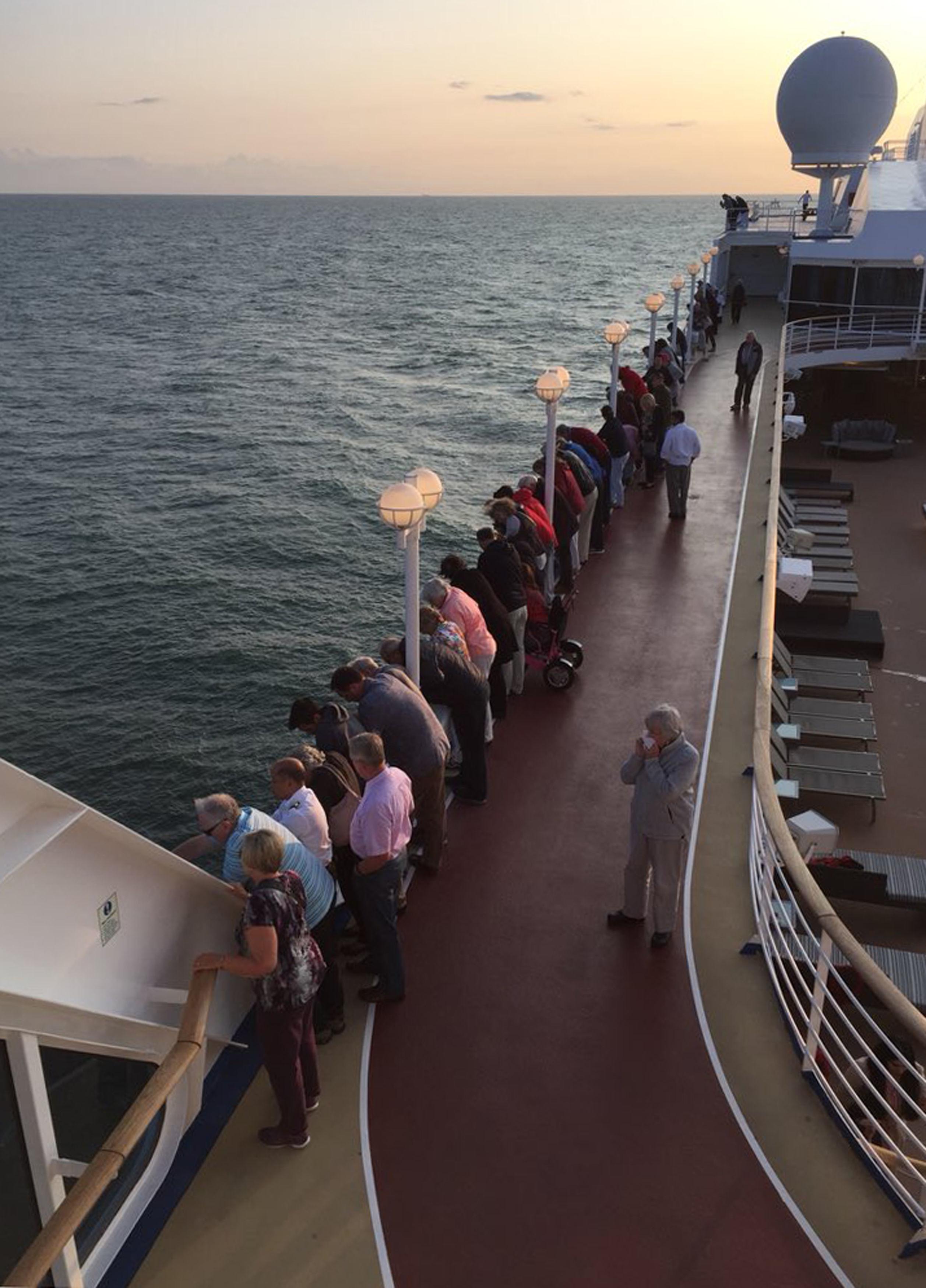 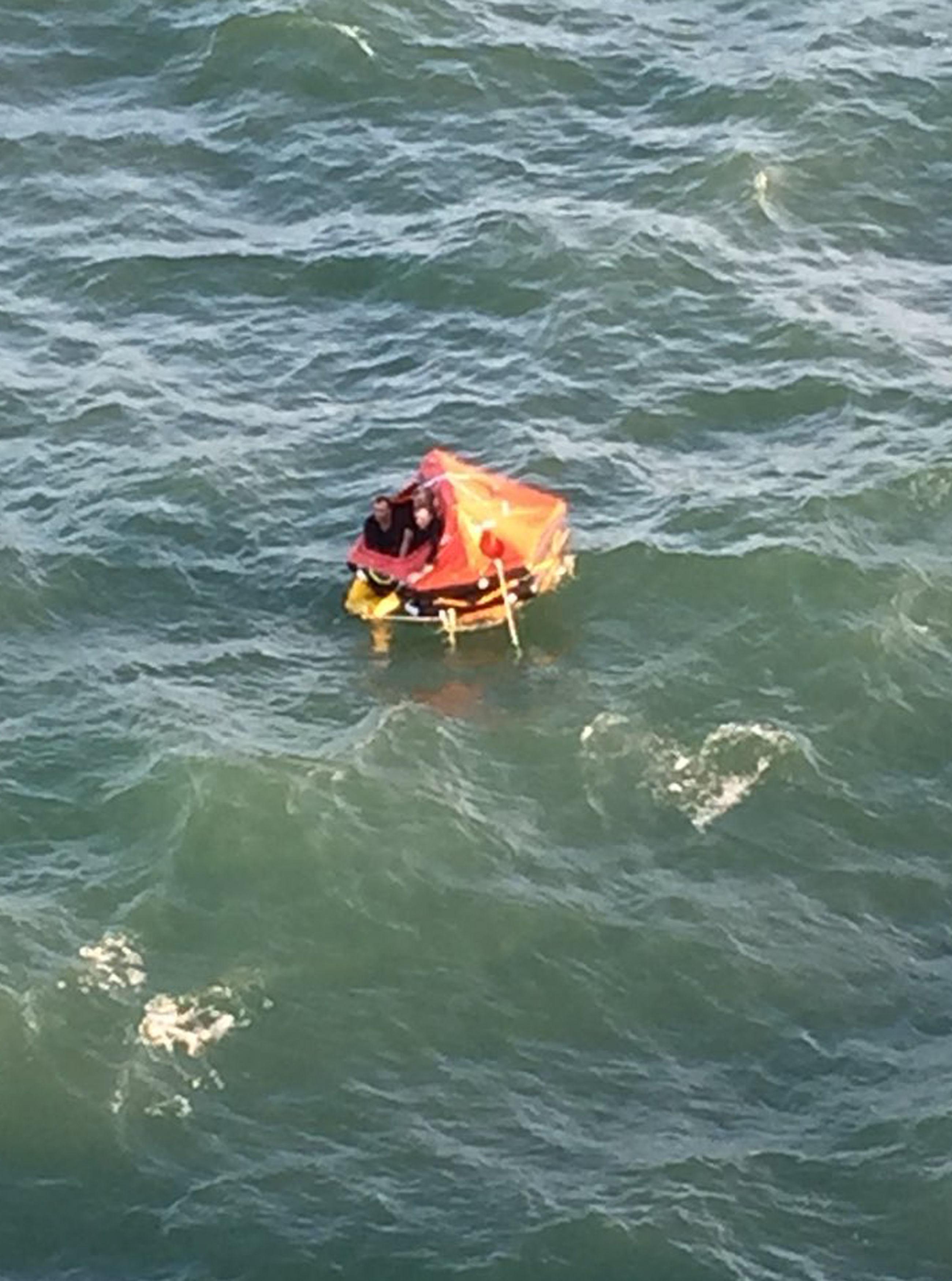 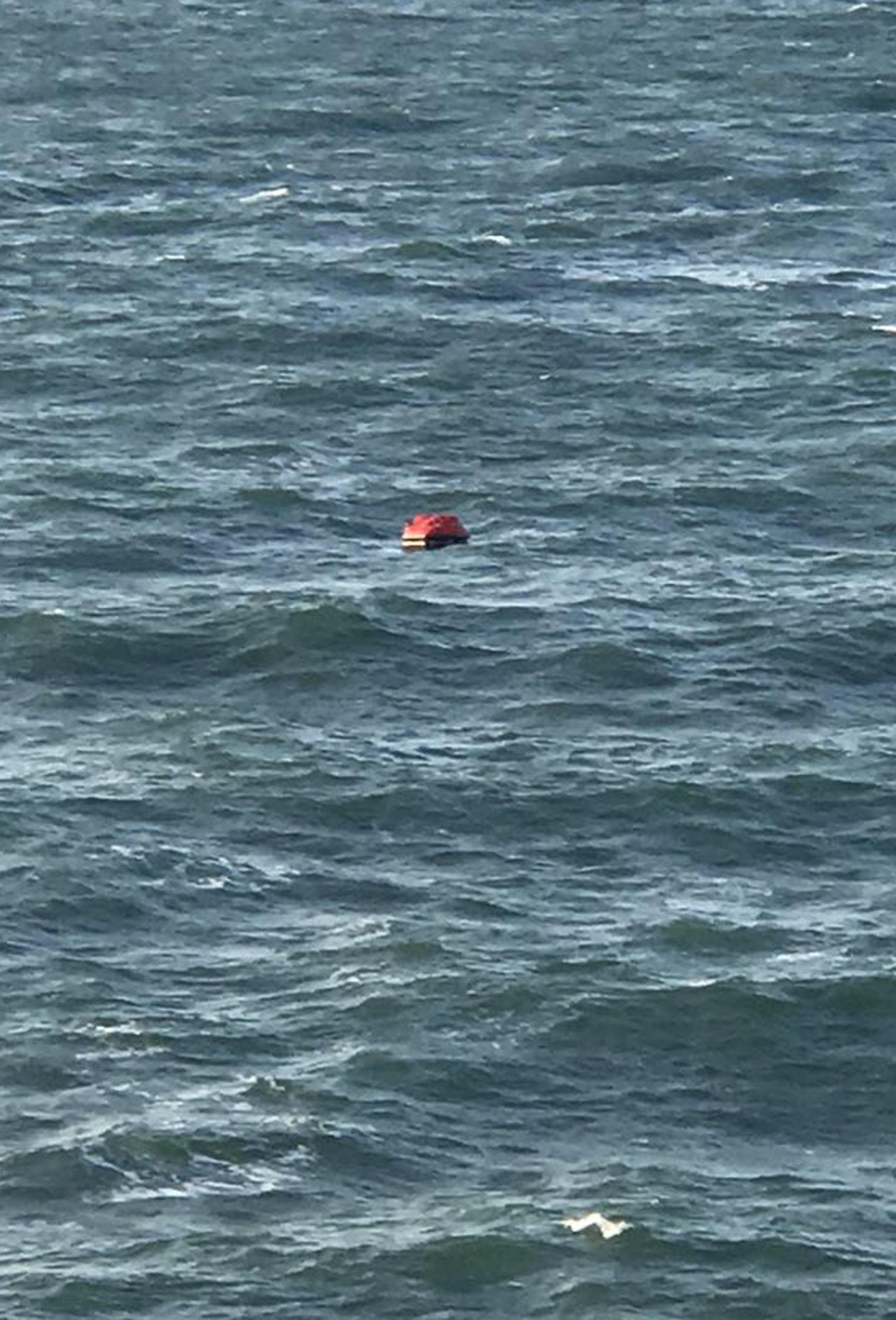 One of the men fell into the water as he attempted to climb the ladder and had to be pulled back into the raft before more sturdy stairs were put in place, she said.

She said: "Originally they didn't think we were going to be able to rescue them, the captain announced we were just going to float next to them so they were blocked from the wind until the coastguard got here, but then they were able to get close enough that they were able to climb up our ship."

The ship stayed in the area for more than two hours before being released by the Coastguard and continuing to Dover, passengers said.

The Coastguard said a search and rescue helicopter from Humberside, RNLI lifeboats from Gorleston, an independent lifeboat from Caister and other vessels were helping with the search effort.

Lee Duncan, coastguard operations controller for the east coast, said: "The crew of the sunken fishing vessel are all foreign nationals, we know that the three recovered men had been in the life raft for four hours before they were spotted by the cruise ship.

"We believe the two missing crew were seen to enter the water."