Shoko Asahara, the doomsday cult leader who masterminded the Tokyo subway sarin attack in 1995, has been executed alongside four of his followers.

Thirteen people were killed and thousands more injured when members of the Aum Shinrikyo cult dumped bags of sarin on packed rush hour trains, piercing the pouches with sharpened umbrella tips before fleeing.

Born Chizuo Matsumoto, Asahara, 63, was hanged today after he had been on death row for nearly 14 years.

As many as 12 of his followers were still awaiting execution but it was not immediately clear how many had been executed today. 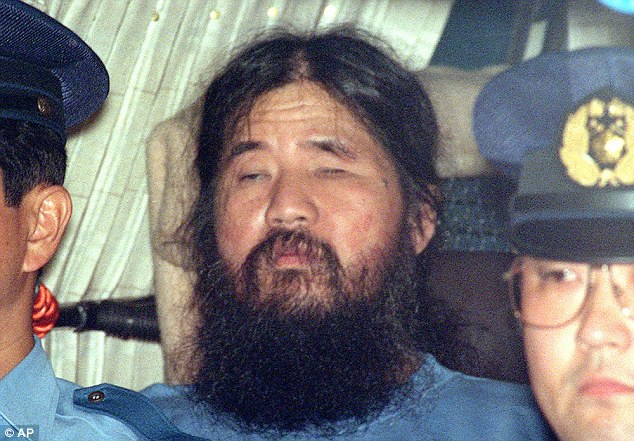 Shoko Asahara (pictured in police custody in September 1995), the cult leader who masterminded the Tokyo subway sarin attack in 1995, has been executed

Asahara was sentenced to death in 2004 with his cult held responsible for the deaths of 29 people in total.

After years of legal proceedings, the prosecution of 13 Aum Shinrikyo members on death row for the attacks and other crimes finally concluded in January, clearing the way for their execution.

Passengers streamed out of stations vomiting after the attack, coughing and struggling to breathe, with emergency services administering life-saving treatment by the side of the road.

Ambulances screamed through the streets, and helicopters landed on major roads to assist the evacuation of those affected, while passengers convulsed on platforms.

The Japanese Self-Defense Force was called in and descended into the depths in hazmat suits and gas masks to assist the injured and deal with the poison.

The sarin had been released in liquid form on five subway carriages at different points throughout the network.

It was one of many attacks carried out by the Aum Supreme Truth cult, which mixed Buddhist and Hindu meditation with apocalyptic teachings.

Asahara developed an obsession with sarin, becoming paranoid that his enemies would attack him with it. He was arrested at a commune near Mount Fuji two months after the subway attack. 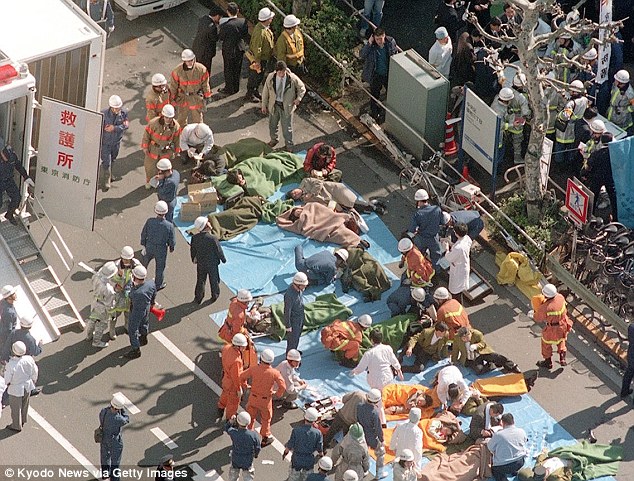 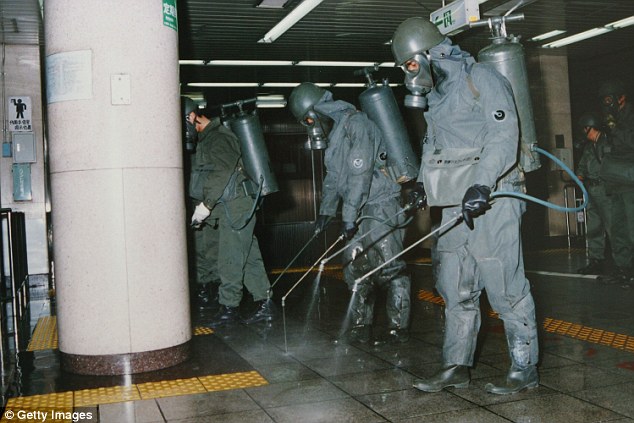 He talked incoherently, occasionally babbling in broken English, during his eight-year trial and never acknowledged his responsibility or offered meaningful explanations.

WHO WAS SHOKO ASAHARA?

– Loses all sight in his left eye as a child, partially blind in his right eye

The Aum cult was also responsible for an attack on the mountain resort city of Matsumoto in central Japan a year earlier, when sarin was used to kill eight people.

Lawyer Tsutsumi Sakamoto, who had been working on a case against the group, was one of its earliest victims when he, his wife and child were murdered in 1989.

Asahara was born Chizuo Matsumoto in 1955 on the southwestern island of Kyushu and changed his name in the 1980s, when the Aum cult was being developed.

Virtually blind, he was seen as a charismatic speaker who cloaked himself in mysticism to draw recruits to the doomsday cult he developed in the 1980s. 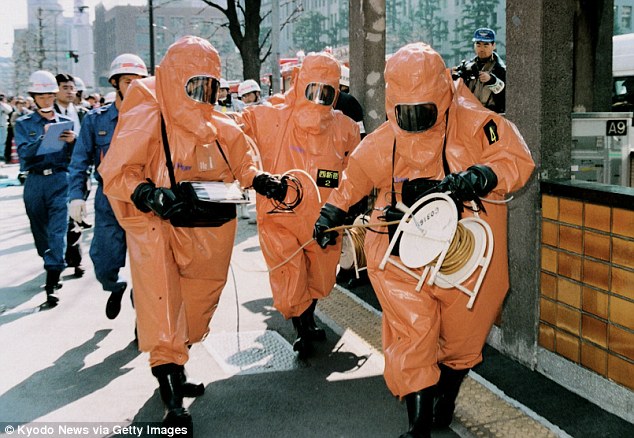 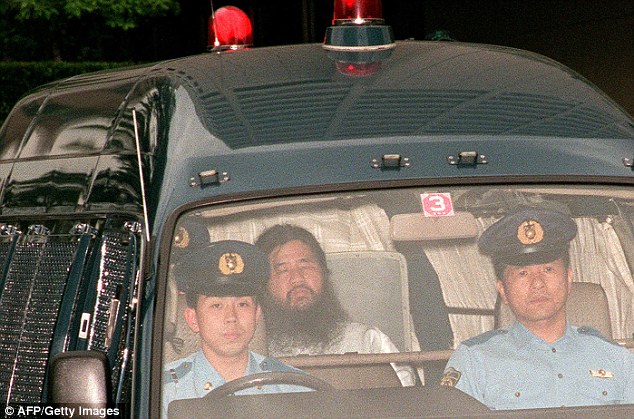 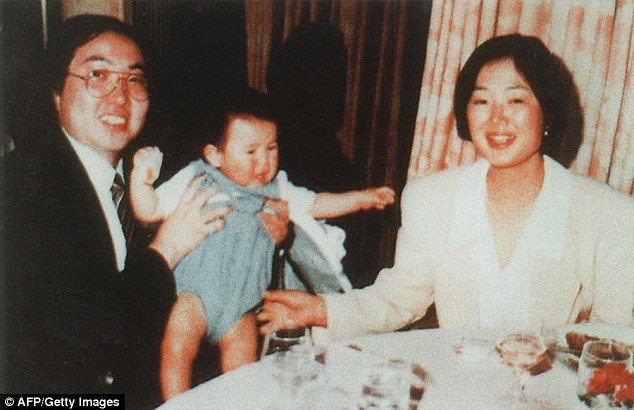 Japanese lawyer Tsutsumi Sakamoto, his son Tatsuhiko and his wife Itsuko who were murdered in November 1989 by members of the cult

Founded in 1984, the group attracted many young people, even graduates of top universities, whom Asahara hand-picked as close aides.

The cult amassed an arsenal of chemical, biological and conventional weapons to carry out Asahara’s escalating criminal orders in anticipation of an apocalyptic showdown with the government.

The cult claimed 10,000 members in Japan and 30,000 in Russia. It has disbanded, though nearly 2,000 people follow its rituals in three splinter groups, monitored by authorities.

Now renamed Aleph, it officially disowned Asahara in 2000, but it was never banned.

Japanese authorities usually announce executions after the fact, with no advance warning. Accomplices in a crime are customarily hanged on the same day.

Some survivors of the cult’s crimes have opposed the executions because that would eliminate hopes for a fuller explanation of the crimes.

Sarin attacks the nervous system and victims die within minutes either through respiratory failure or a heart attack as they choke on their own mucus or saliva.