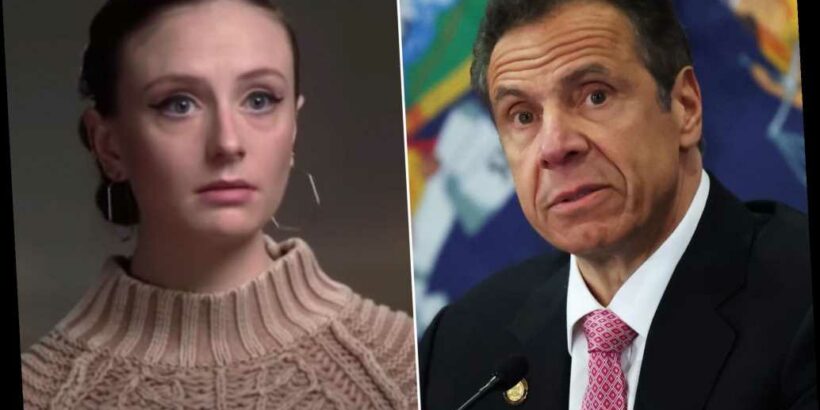 Tensions emerge among lawmakers of color over Gov. Cuomo’s fate

Shootings prove we need cops and other commentary

In the weirdest harassment claim yet to surface against Gov. Andrew Cuomo, the lawyer for accuser Charlotte Bennett now says he demanded that the then-aide learn the lyrics to “Danny Boy” and sing it to senior staffers.

The accusation by Bennett — one of seven women accusing the governor of inappropriate behavior — was first reported by CBS News in New York.

“It’s a bizarre request, but he says, ‘I want you to memorize these lyrics,’” so she could sing it for members of senior staff, Bennett attorney Debra Katz told the station Friday.

But the governor persisted in his odd ask, Katz said.

“At that point, Melissa DeRosa says, ‘You’re hazing her.’

“The governor then starts booming the song ‘Danny Boy’ and he’s singing himself and saying, ‘Sing with me,’” Katz said.

Bennett — the second former aide to step forward with harassment claims — said last month that Cuomo asked her inappropriate questions about her sex life, including when she’d last been “hugged” and whether or not she sleeps with older men.

She also said the governor asked her to “find him a girlfriend.” Bennett said Cuomo never made a physical advance; still, “I understood that the governor wanted to sleep with me, and I felt horribly uncomfortable and scared,” she told The New York Times.

On Monday, Katz accused Cuomo of using “in-house attorneys” to meddle with the independent investigation.