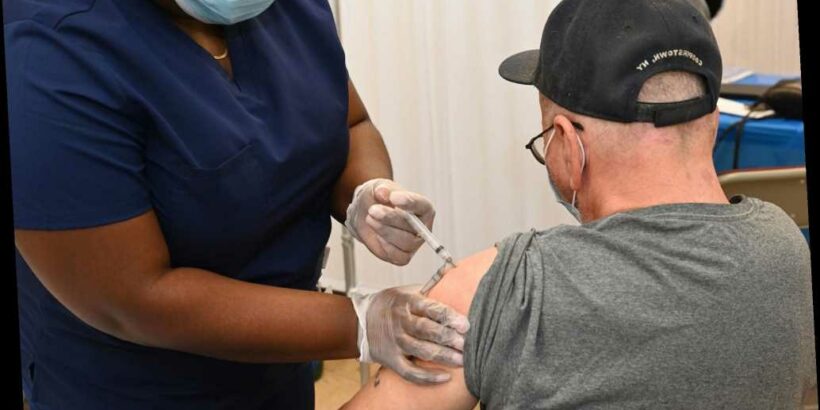 Gov. Andrew Cuomo’s Department of Health has once again put the needs of nursing-home residents last.

Just as the department under Commissioner Howard Zucker neglected to make sure that the homes had testing and personal protective equipment during the deadly early months of the pandemic, now it is turning away vulnerable New Yorkers from the third and final federal vaccination clinics that are taking place in these facilities.

Worse, the DOH still hasn’t made any clear-cut plans to continue vaccinating nursing-home residents once the federal program is over.

A bit of recent history is in order: The department shelved its plan for vaccinating nursing-home residents back in December, electing instead to participate in the Federal Pharmacy Partnership for Long-Term Care. Part of Operation Warp Speed, the FPP program was designed to rapidly vaccinate all of the nation’s long-term-care residents at no cost to the residents or the facilities.

The feds contracted with CVS, Walgreens and other pharmacy providers to administer the two required vaccine doses to all residents over the course of three clinic sessions scheduled three weeks apart; the federal program ends after the third session, after which the states are supposed to carry the ball.

Like the rest of Operation Warp Speed, the FPP has proved an astonishing success; shots started going into the arms of nursing-home residents within days of the Pfizer vaccine receiving Food and Drug Administration authorization for emergency use in December.

Executing a well-designed offensive strategy, FPP professionals arrived at the homes right on schedule, equipped with the exact number of thawed-out vaccines, syringes and needles to inoculate everyone in the facility. Three weeks later, they were back for Session No. 2, giving the second shot to those who had received the first one and the first to anyone who had been newly admitted in the interval.

Now the feds are executing their final play, finishing up giving the second shots before they leave the game for good.

Unfortunately, just as it didn’t prepare for the vaccine rollout to the state’s general population, the Cuomo administration is now scrambling to figure out how to vaccinate nursing-home residents once the federal program ends.

Even worse, in yet another shocking example of disregard for this population, the department isn’t allowing new residents to get the first dose of the vaccine during the third FPP session. But why? How can this be? COVID-19 outbreaks and deaths are still occurring in these facilities in significant numbers, even though you never hear about them during the governor’s regular news conferences.

Instead, when he isn’t patting himself on the back, Cuomo subjects us to endless gushing over the Biden administration’s federalized approach to COVID-19 vaccinations. Well, if he is so enamored of this, why is he ignoring the Centers for Disease Control and Prevention’s explicit recommendation that first shots be given at the final FPP clinic?

Every day that passes is another missed opportunity to vaccinate new nursing-home residents as the FPP teams prepare to finish their work.

This should never have been allowed to happen. From the time it was announced in October, it’s been well known that the federal program would cease to exist after the third session. The state had months to design a plan to vaccinate future residents. But as we are so tragically aware, nursing homes have never been a priority for this administration.

The Department of Health must immediately announce that newly admitted nursing-home residents should get their first vaccine shots at the final FPP clinics; it can figure out later how to make sure that the second shots are given.

The CDC has indicated that it is safe to wait as long six weeks between shots, if need be, so there is still plenty time on the clock. CVS, Walgreens and other FPP participants must be given the signal to stay in the game for now until the nursing homes’ usual pharmacy vendors or other suppliers can step in.

Whatever happens, we mustn’t leave our nursing-home residents defenseless again.

Elaine Healy, MD, is a practicing geriatrician, nursing-home medical director and member of the Infection Control Subcommittee of the Society for Post-Acute and Long-Term Care Medicine.