James Wilkinson, 39, was flung on to the windscreen moments before it ploughed into the side of a house. 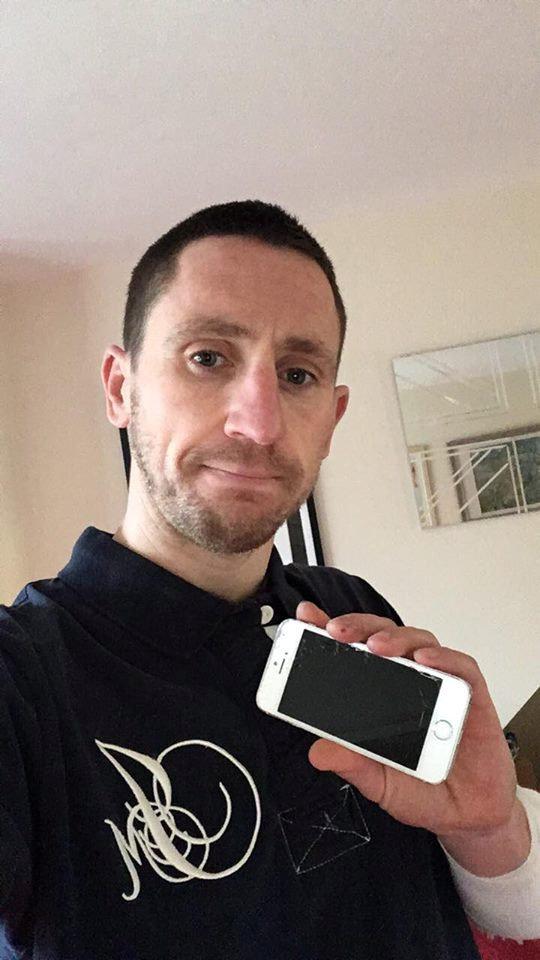 He was told by doctors that the iPhone 5s in his back pocket took the impact, saving him from serious lower spinal damage.

James — who is actually training to be a bus driver — was one of four people injured in the accident in Prestbury, Gloucs.

He said: “Not many cyclists get hit by a bus and survive, let alone walk on the same night.

“The woman who did the scan at hospital told me my phone protected the lower part of my spine. She said I could have been paralysed.” 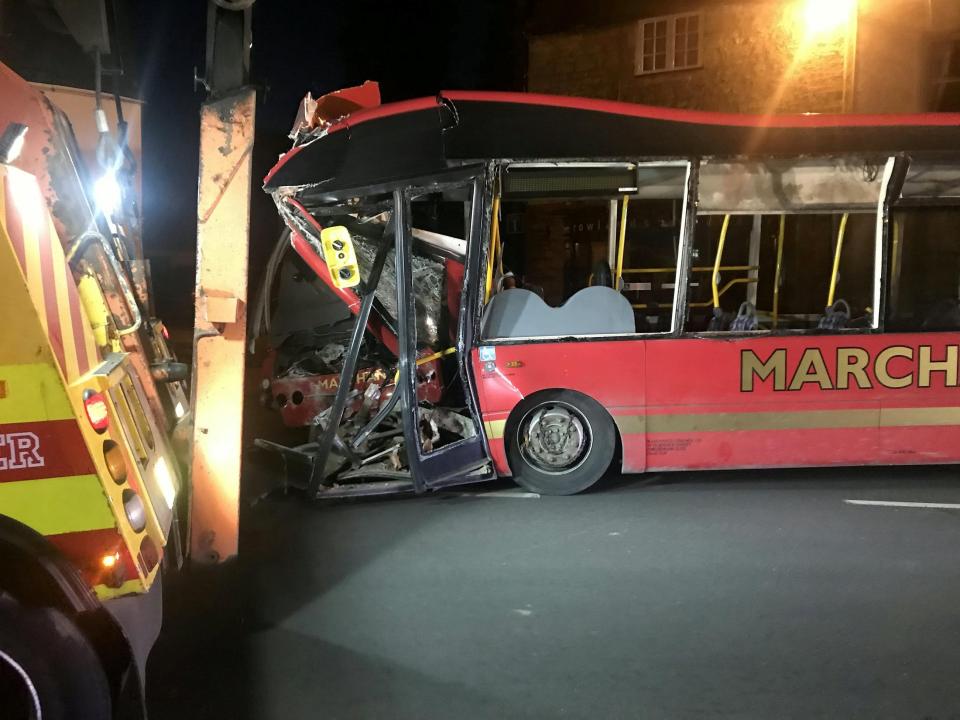 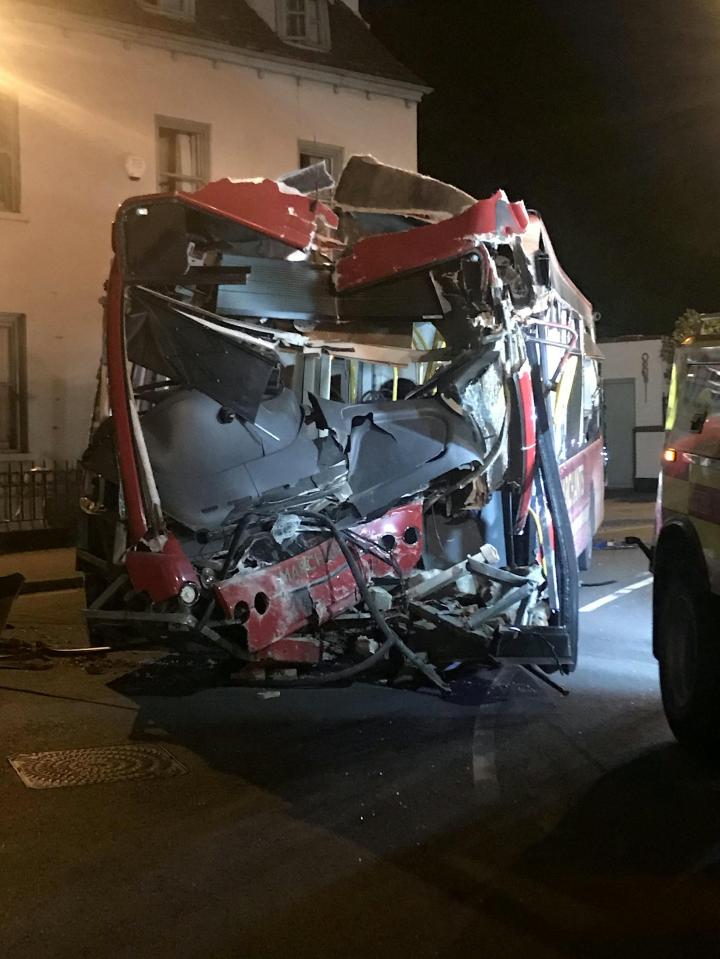 Dad-of-two James was on a 25-mile bike ride after work when he was hit on Friday evening.

He said: “I felt this massive whack from behind. My first thought was, ‘Who is that hitting me?’ I saw the bus smash into the building.

“I couldn’t feel my legs and there was a lot of pain in my back. I was really scared. I thought I was paralysed. I couldn’t move. All my body went numb.

“I thought, ‘I am not going to play with my boys again’. I was lying there crying.

“Police told me I was lucky not to have been on the windscreen when the bus hit the house.”

James suffered a chipped bone in his spine and severe bruising. 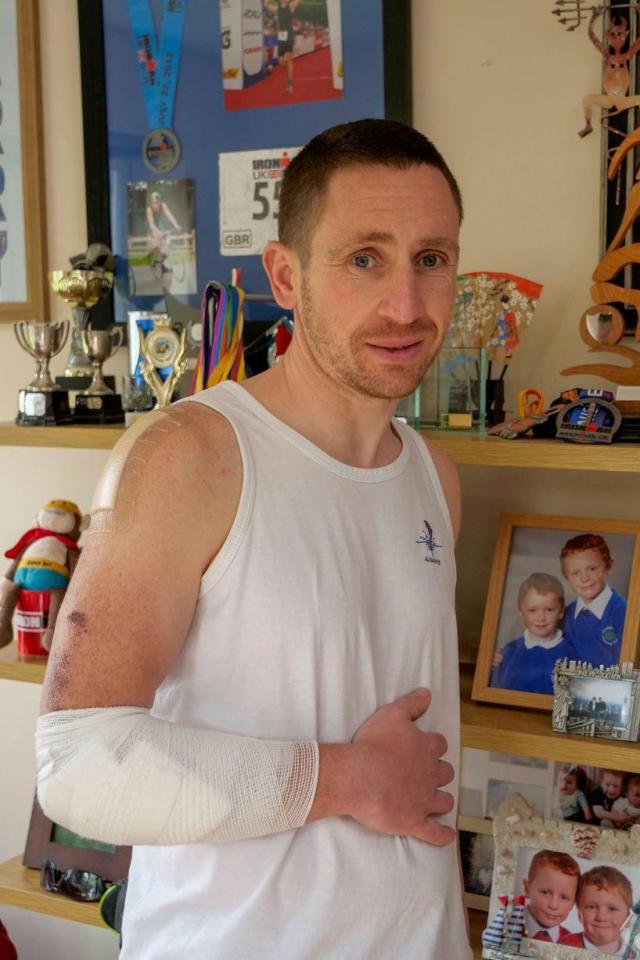 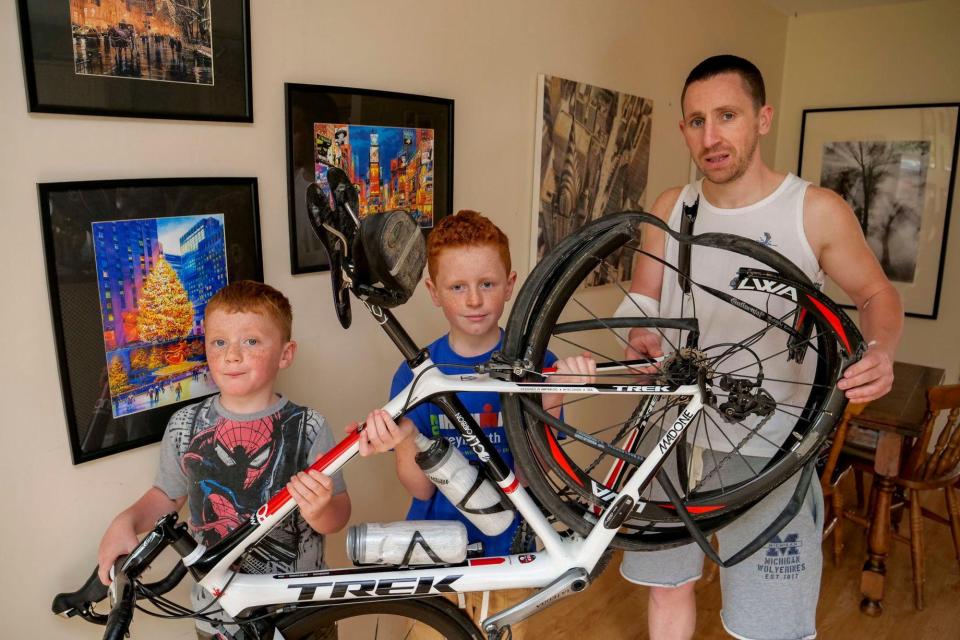 He is now recovering at home in Up Hatherley with sons Charlie, eight, and ten-year-old Harry.

He had been training to represent Great Britain in a European triathlon championships but that is now in doubt.

He said: “That bike was hung on the wall in my bedroom. It was my prized possession."