Cyclist is left with four missing teeth, a fractured spine, and a shattered skull held together with metal plates after hitting pothole on country road and landing flat on his face

A cyclist who suffered horrendous injuries after riding his bicycle into a pothole is weighing up legal action against the council after it emerged they inspected the hole three days before his accident.

Simon Moss was thrown off his bicycle after his front wheel dipped into the nine-inch deep pothole.

The 40-year-old skidded along the road and suffered a fractured spine, shattered jaw, cheekbone, nose and split lip, as well as losing four teeth.

The experienced rider cycles from his home in Buckinghamshire to his work in Leighton Buzzard, Bedfordshire, is considering whether to take legal action against Milton Keynes council. 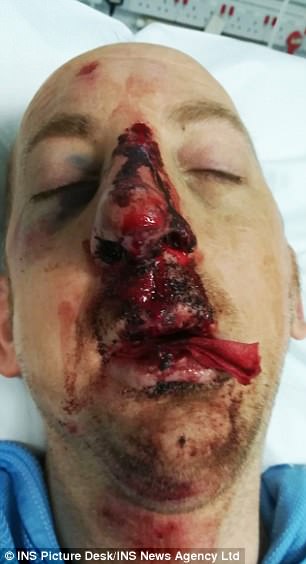 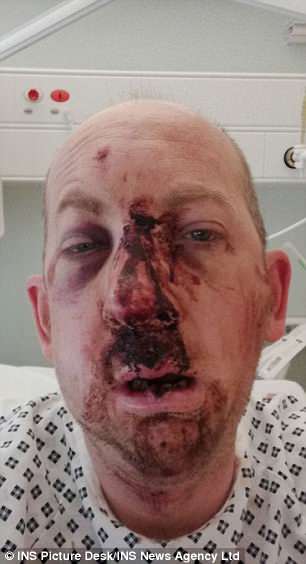 He was treated by paramedics at the roadside before begin rushed to John Radcliffe Hospital in Oxford.

The father-of-two now has to undergo a series of operations to repair his face with metal plates being placed in his skull.

Mr Moss, who has cycled for 20 years and is a member of the Milton Keynes JCA Equipe Velo cycling club, injured himself while riding on April 29 as passed over the pothole which was full of dirty rainwater which masked how deep it was.

A fellow cyclist took a picture of the pothole, in Stony Stratford, Bucks., with a drinks bottle almost submerged by the rain water it was so deep.

Milton Keynes Council said the pothole has now been repaired, although they had inspected the hole on April 26 – three days before Mr Moss’ accident.

It is unclear whether there were any warning signs in place about the pothole.

Leigh Smith, a friend of Mr Moss, said: ‘He didn’t stand a chance. The impact snapped his bike in half and he landed flat on his face on the road. 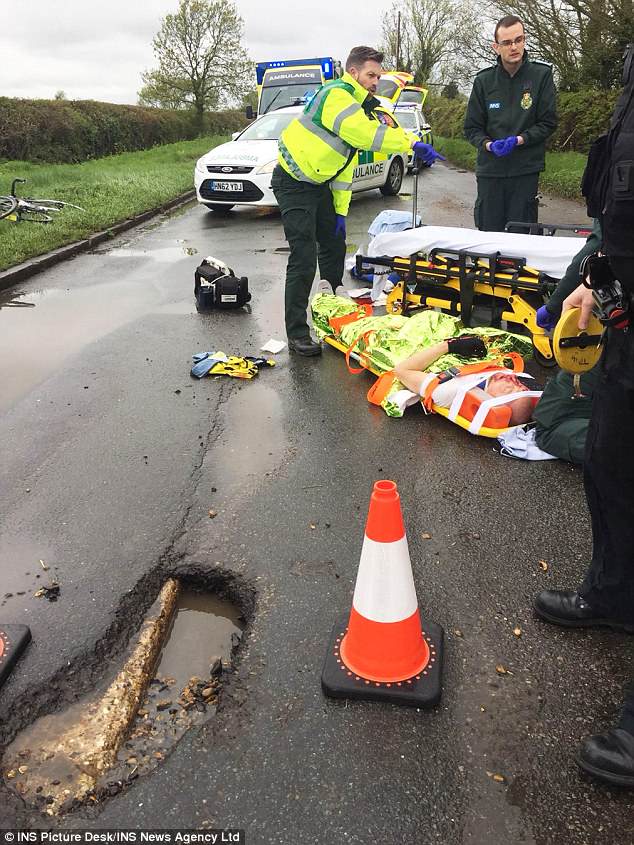 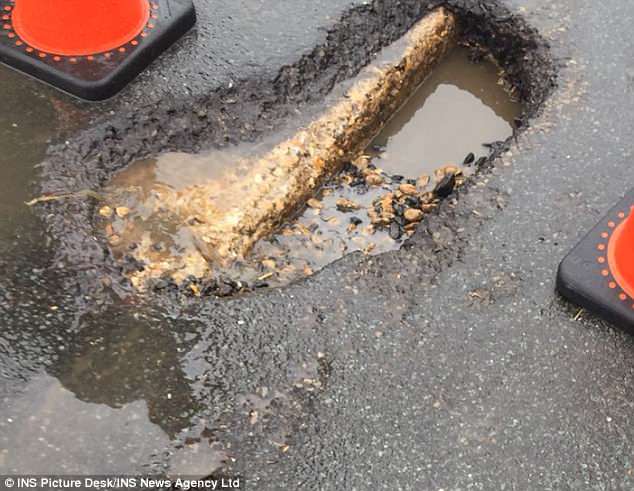 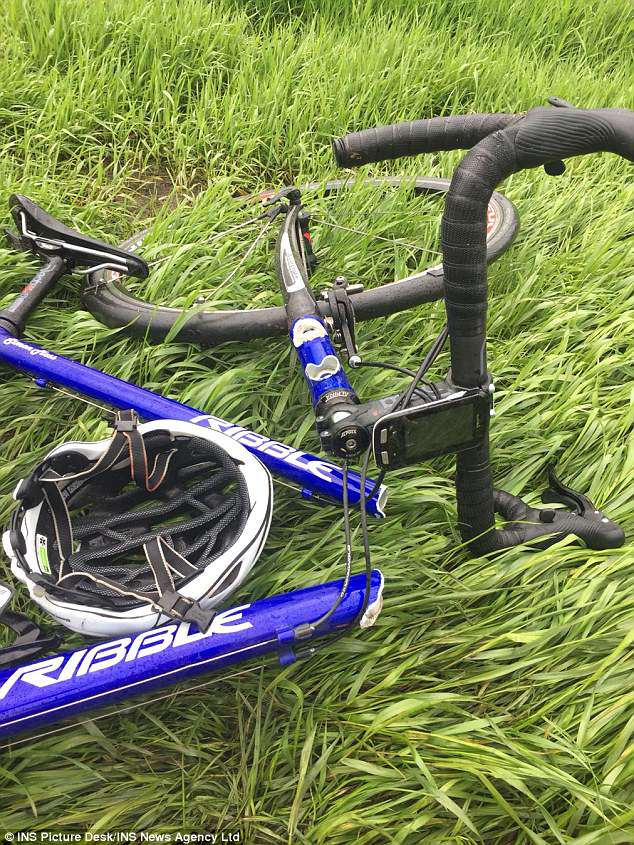 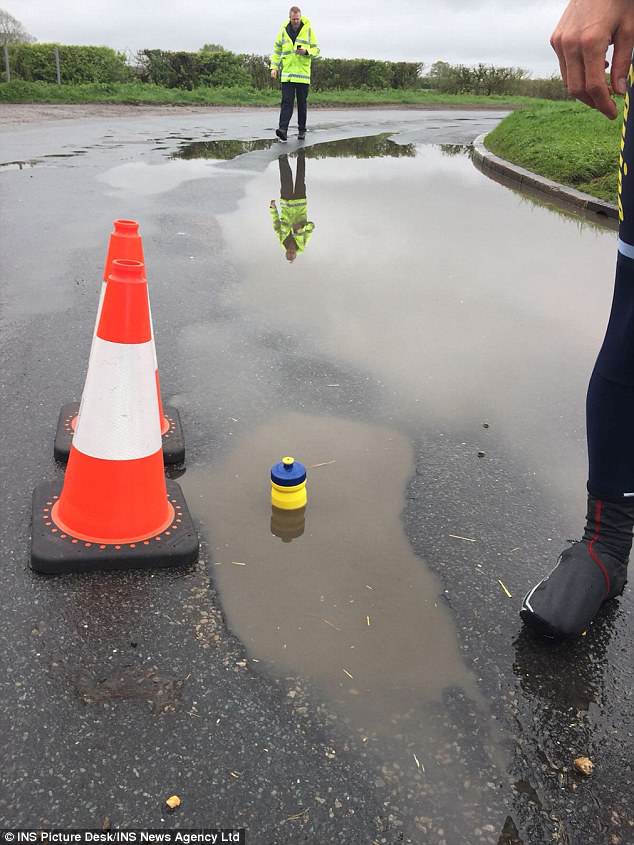 A waterbottle could be virtually submerged in the pothole

‘Our club is a member of British Cycling and we have insurance with them. We’re planning to sue MK Council for compensation for the injuries that Simon received because of this pothole.

Another cycling friend, Jez Honor, took photos of the injuries, the pothole and the ruined bike and said: ‘Our roads are officially a disgrace!’

He added: ‘It was only a matter of time before somebody was going to be nearly killed by our roads that are becoming increasingly dangerous for all users.’

Last year Milton Keynes Council received 46 claims for pothole damage. The total of pay-out for successful claims from members of the public in 2016 was just over £1.2K.

A spokesman for the council said: ‘We’re very sorry to hear about Mr Moss’s experience and injuries. Following notification by a local resident, we inspected the site of the pothole on 26 April and sent a gang out to repair it on 29 April.

‘We invite both cyclists to contact us so that we can apologise and talk them through the claims process.’ 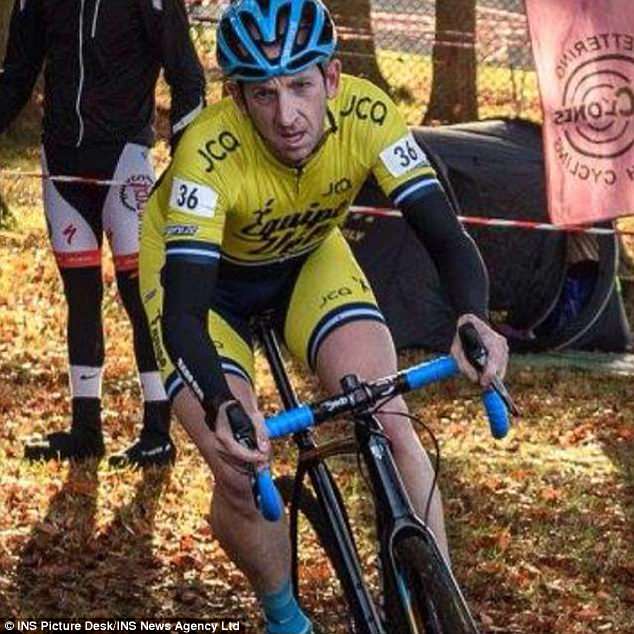 Last year Milton Keynes Council received 46 claims for pothole damage. The total of pay-out for successful claims from members of the public in 2016 was just over £1,200