The disturbing clip, filmed from inside the moving vehicle, shows the biker user somersaulting violently into a bush. 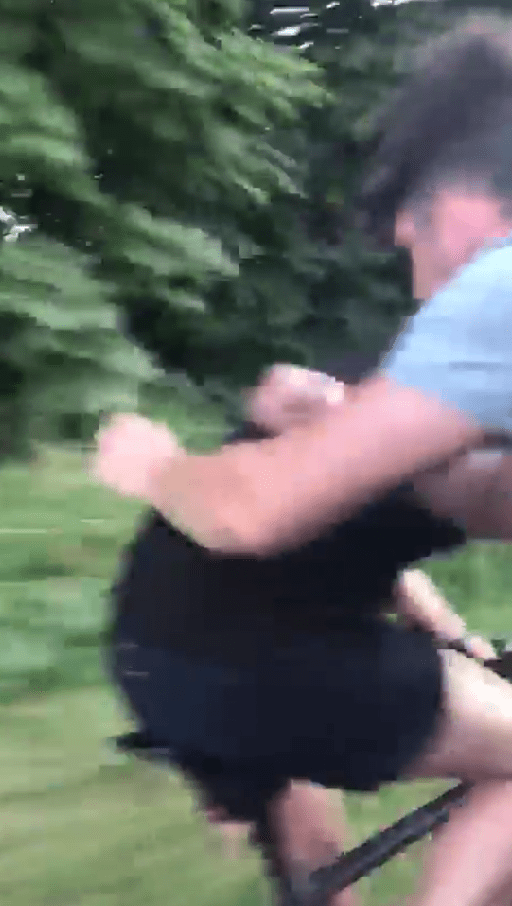 As the biker crashes at considerable speed, other men in the car are heard laughing at the cruel assault.

While it is unclear where or when the incident took place, it appears to have happened on a country road.

The unnamed attacker was wearing a light blue t-shirt and has short, dark hair which is greying at the sides.

The video emerged on an Australian Facebook group named Have A Whinge. 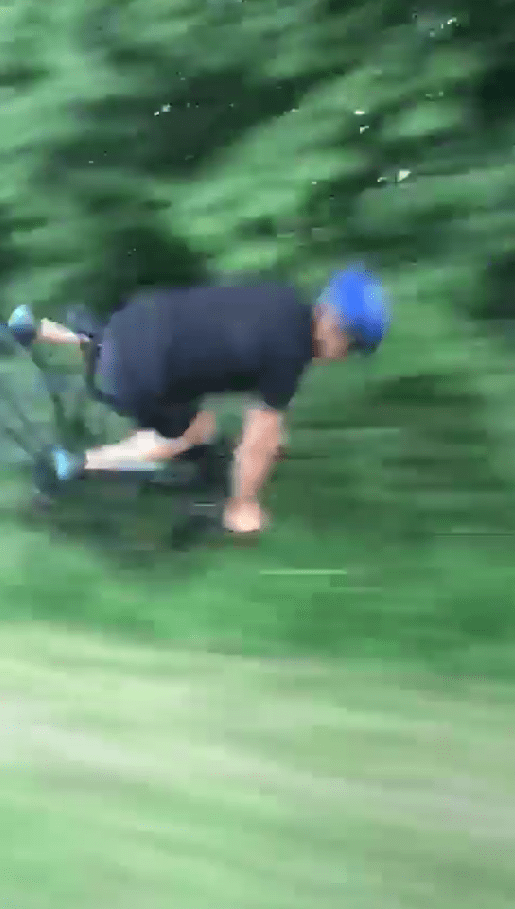 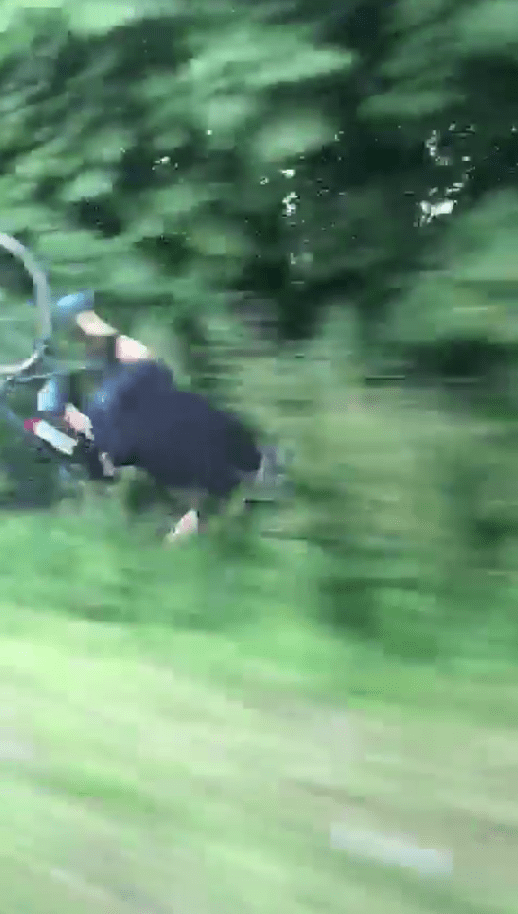 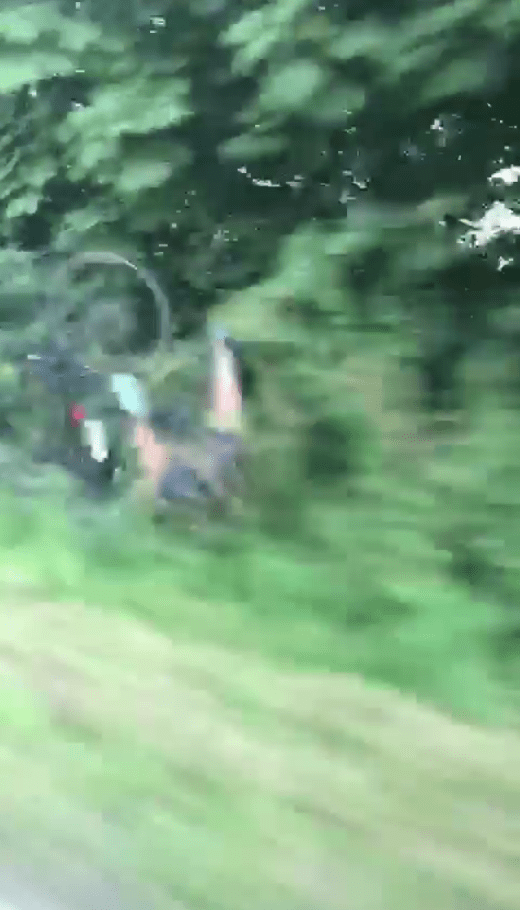 Meanwhile, in April, a truck driver was caught on camera smashing into a cyclist – sending him flying.

Sickening footage shows the motorist knock down the rider before speeding off.

The cyclist was wearing a yellow high-vis top and was peddling along the edge of the carriageway when he was hit by the recovery pick-up truck. 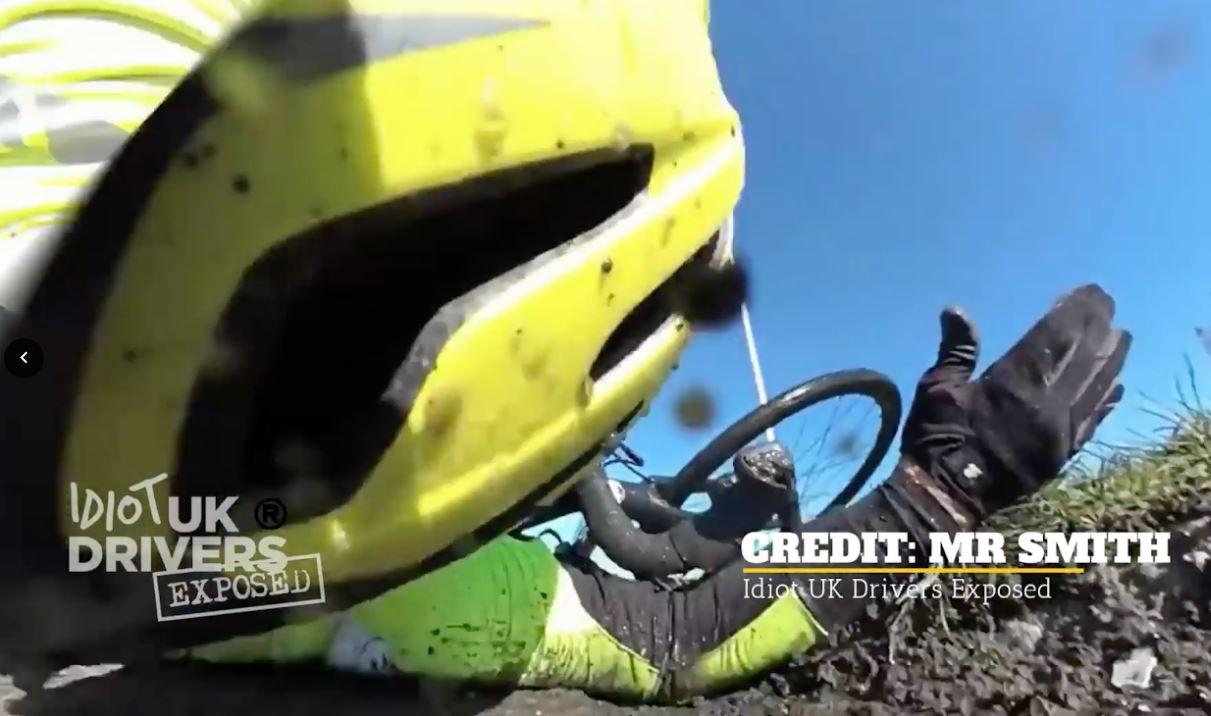 The hit-and-run crash was captured on a helmet camera and posted on Facebook.

It was captioned: "Hit & Run! Idiot Transit van driver crashes into cyclist and drives off!"