A storm brewing in the Indian Ocean could threaten cyclone-ravaged Mozambique. Weather monitoring services in the country have predicted tropical cyclone “Kenneth” will bring “life-threatening” weather. The country is still recovering from cyclone Idai, which hit Mozambique on March 15 and killed more than 1000 people. Officials have warned nearly one million people could be affected by the incoming storm.

Hurricane Kenneth is currently spinning with top speeds of 85mph and moving west towards the Mozambique coast at 13mph.

This makes the storm a category 2 on the Saffir-Simpson scale, which authorities warn could cause damage to homes and buildings.

Meteorologists predict the storm won’t be quite as intense when it lands, sitting at a category 1 by Thursday.

However, they warn there is a chance the storm could intensify into a category 3 or 4 storm with winds of 120 to 135mph. 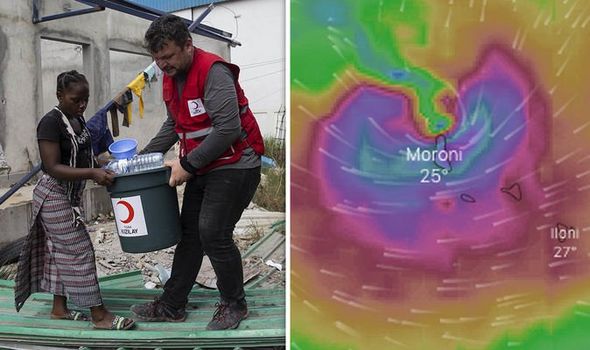 Mozambique, the Comoros Islands and Tanzania will be worst affected by the weather, and authorities say thousands of people are at risk.

He said: ”At least 700,000 people are at risk within the region of Cabo Delgado if this storm makes landfall as forecasted.

“Aside from storm damage, the greatest risk will immediately be from flooding due to heavy rains. 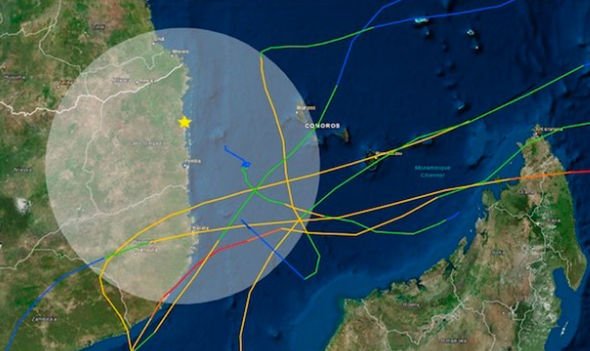 “Rivers within this region of Mozambique may flood, especially as at least one of the dams is already close to full capacity, preventing flood water from being retained.

“This will make it almost impossible to distribute aid as roads will become impassable.” 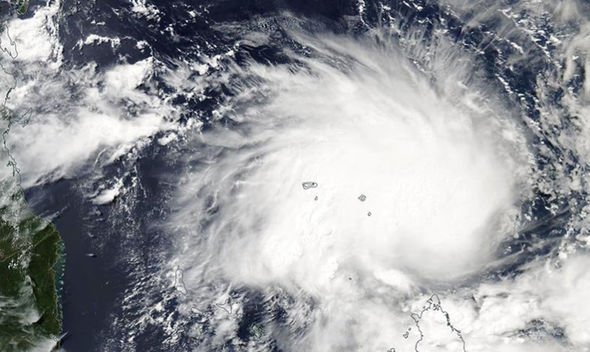 Mr Nosbach has noted relief funds and personnel are still dwindling, as the new storm approaches.

He said: “Existing relief resources for Idai are not sufficient as things stand.

“Due to the funding situation our teams are stretched beyond their capacity and responding to another disaster in Mozambique without more resources will be very difficult, if not impossible.

“Nonetheless, CARE and it’s COSACA (a team of non-profit organisations) consortium partners are deploying an assessment team to areas likely to be affected by the coming cyclone and support distribution of dwindling pre-positioned stocks.”