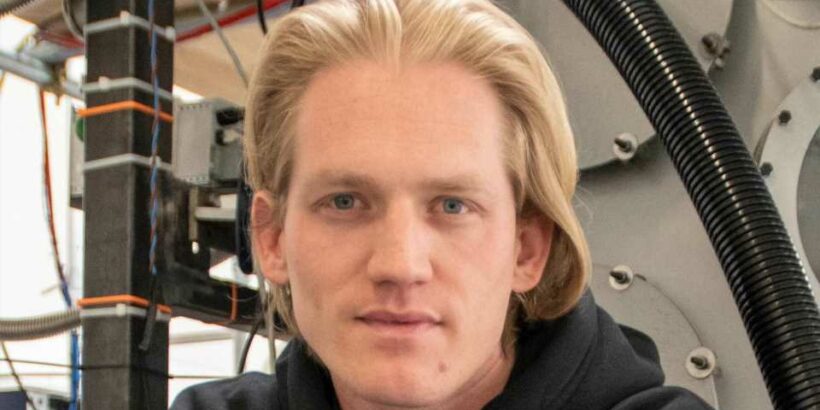 ENERGY, energy, energy… this generation is being made to feel guilty for consuming it.

We're being told how we must conserve and not indulge, to keep our heating off if we don't need it, to only take essential journeys, for worries that resources will be exhausted. 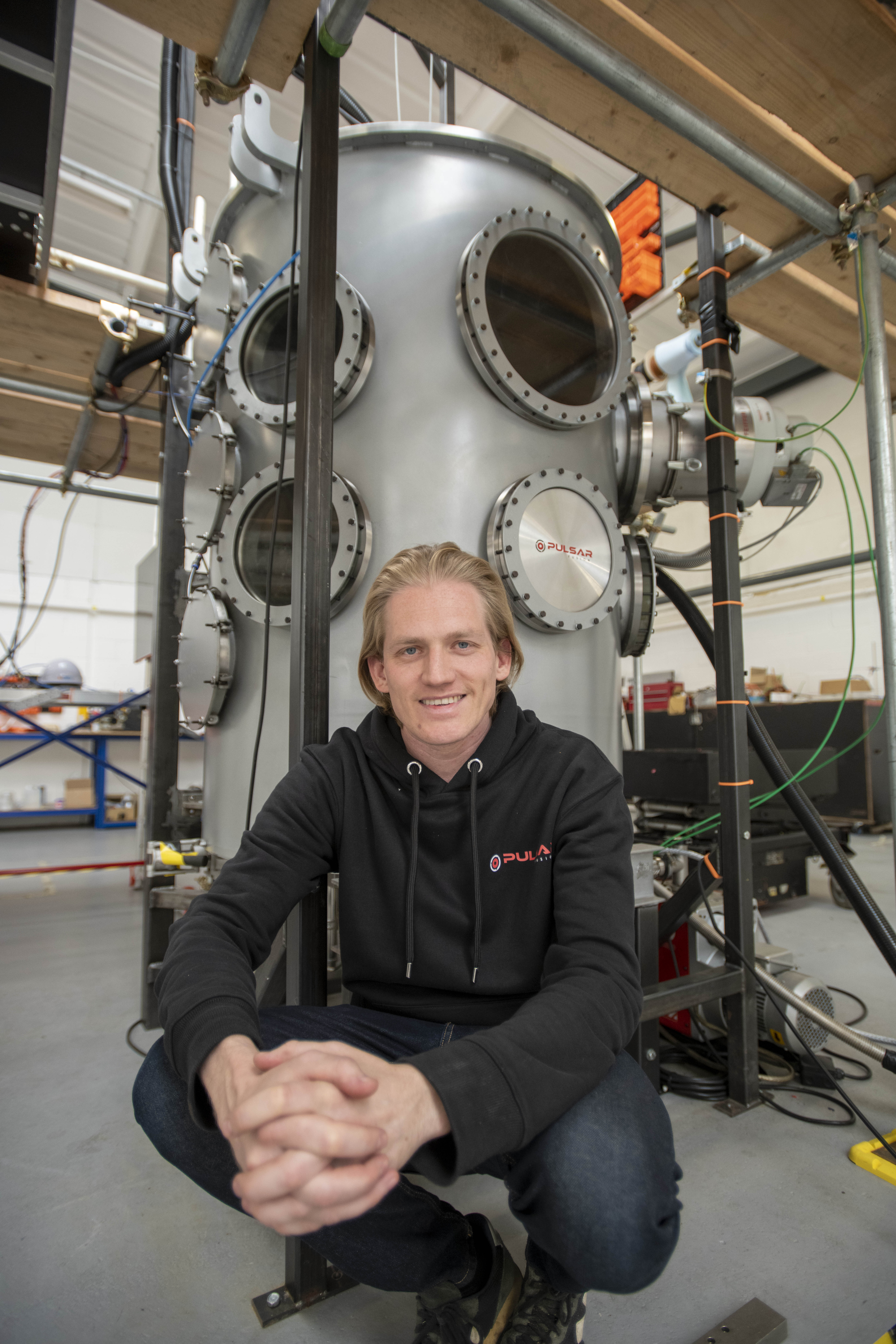 The planet ‘suffers’ when we use energy. This is a mindset being taught to our generation. This is where ’combustion’ energy has taken us.

And then there's nuclear fusion. People probably think this might be just another clean energy source or something to go alongside solar and wind that may contribute to ‘net zero’. This is a misconception.

Nuclear fusion has the potential to be the dominant power source of this planet. One gram of fusion fuel is the equivalent to 50,000 barrels of oil. It is a million times more powerful than a combustion or chemical reaction.

We have this fuel in abundance in our oceans. We have enough fusion fuel to last our civilisation indefinitely. This is why fusion has often been called the Holy Grail, the ‘endgame’ of energy. 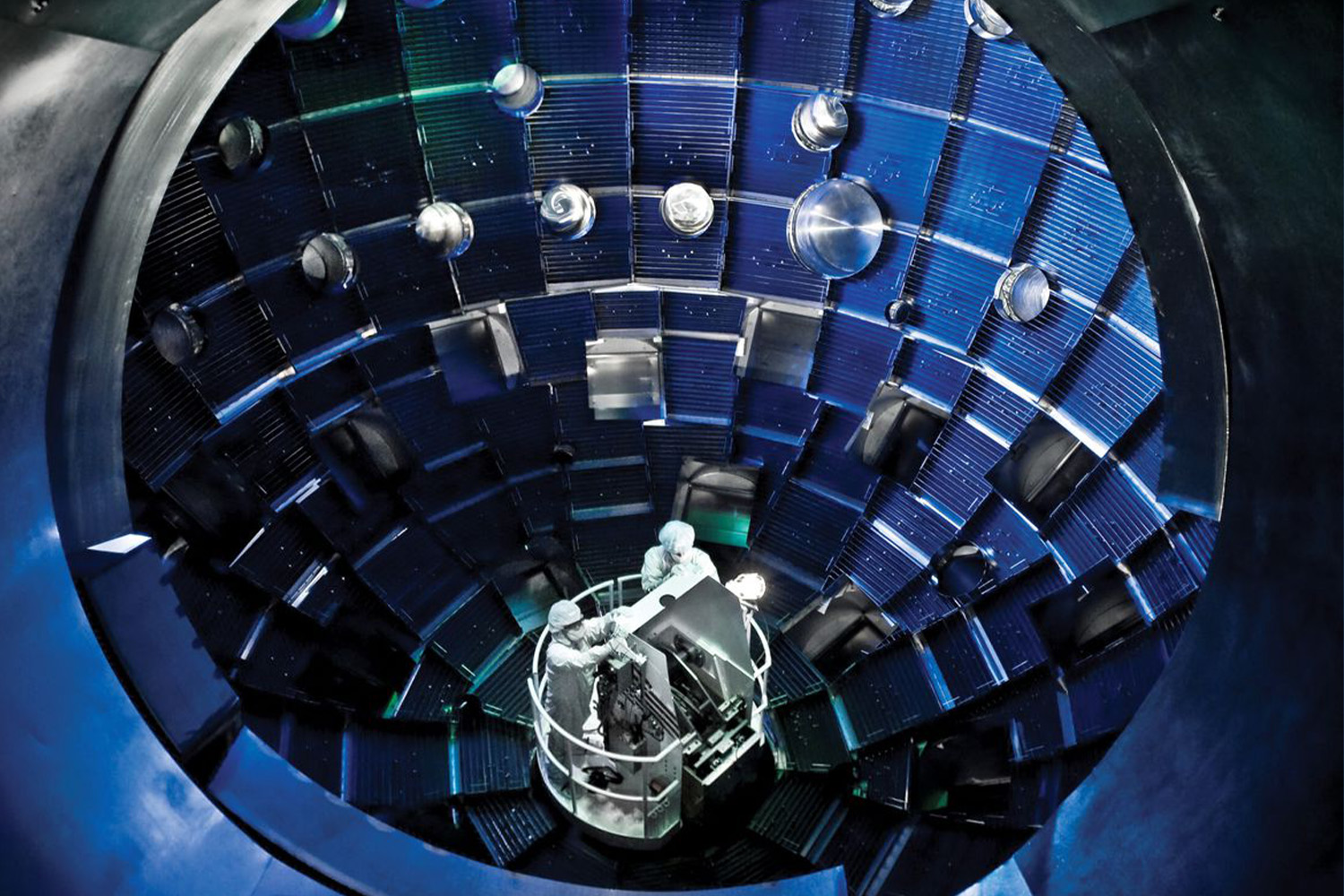 Nuclear fusion breakthrough for ‘limitless energy’ could lower your bills 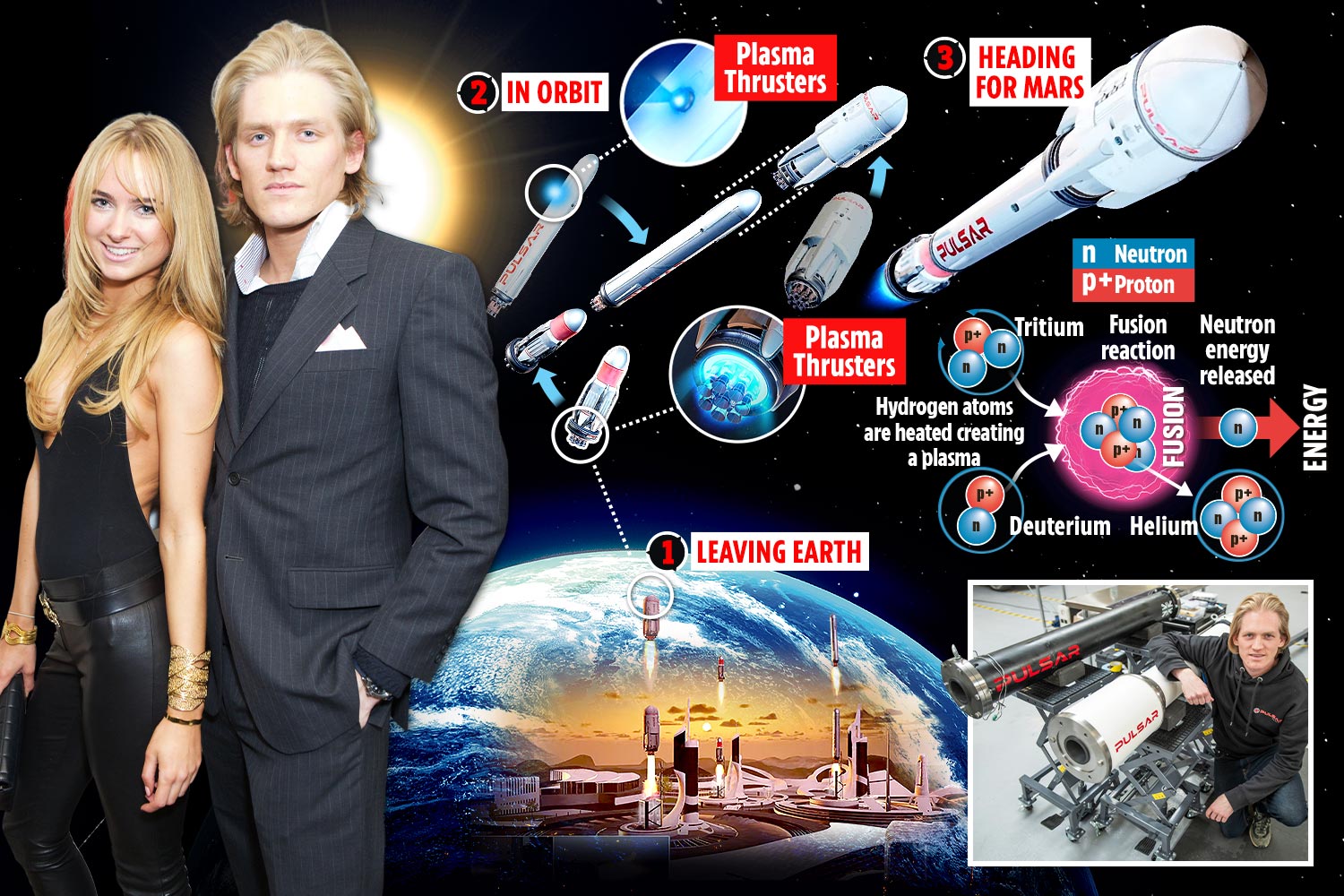 If this technology can be properly harnessed, it would mean that our children will not be worried about how much energy they use – for they will have energy in abundance.

They will have the problem of designing new innovations that have not yet been conceived because we didn't have an energy source powerful enough for them to exist. Fusion is a concept of 'rather more energy than we know how to use’.

More than a pipe dream

And to me, fusion breakeven – the moment when plasmas in a fusion device release at least as much energy as is required to heat them – has been a certainty. Never ever a matter of if, always a matter of when.

I remember only last month, I was at an ‘space investor’ conference in Switzerland. When I mentioned nuclear fusion, someone in the audience actually laughed.

Such was the cynicism surrounding this technology. People thought this will just never happen – ‘a pipe dream’. Well they might be revising their paradigms now.

Because it's been done. This week, physicists at the National Ignition Facility at the Lawrence Livermore National Laboratory in California announced that they had achieved fusion breakeven.

And it will be done again and again. Every time getting more efficient and more powerful. NIF, the American machine responsible, is a giant laser facility, where these lasers are used to crush a small pellet of fusion fuel – thus achieving fusion.

This is known as ‘Inertial Confinement’. Personally I don't believe this is the method that humans will use to generate power. I believe that will be ‘Magnetic Confinement Fusion’ that will ultimately power the grid.

It's essentially trying to do the same thing, bringing heavy hydrogen ions close enough together so that they can fuse together, but in a way far more suitable for capturing those resulting neutrons as heat, to drive a turbine and ultimately produce electricity.

This is the technology of ITER, the International Thermonuclear Experimental Reactor, a $30bn tokamak machine in Provence, France, funded by 35 nations.

Scientists can often get distracted with, ‘how can we do fusion?’ And lose sight of, ‘how should we do fusion?’ It has to be practical. You have to follow the money, for without the money the science cannot continue.

The next thing that will happen is a fusion breakthrough result using magnetic confinement, most likely at ITER.

Then, if governments have their way, they will turn on the world’s first fusion power station known as DEMO in 2055. However, there are companies now that are aiming to push this date forward as we need fusion power sooner.

I believe there are times when it is best to invest with the Fed. There are several large fusion companies cooperating with governments to achieve these power stations ahead of 2055 and I believe the large tokamak model will be the reactor design governments eventually adopt.

Other machines such as stellarator devices, although genius, are too complex to be maintained efficiently.

Inertial confinement involves too many heavy and large laser systems that just would be inconvenient for power stations to have to adapt. ITER is Latin for ‘The Way’ and I suspect, though enormous, it is the right starting prototype for a future serviceable fusion power station.

There is one more thing to consider. Fusion offers us two game-changing abilities, not one. It is not only the ability to power our civilisation indefinitely. It also gives us the potential to leave our solar system.

The same reaction that has been achieved last week is capable of producing a fusion rocket engine, one that would have exhaust speeds 1,000 times faster than existing ION thrusters currently used in orbit.

I paid £2.2k for Turkey teeth…it wasn’t worth it, I’m in pain months later

Think, 217 miles a second with rockets being able to carry astronauts to Mars in just two weeks as opposed to nine months currently.

Yes, it looks like our children are truly destined for the stars after all. Thus, I say again, welcome to the fusion age! 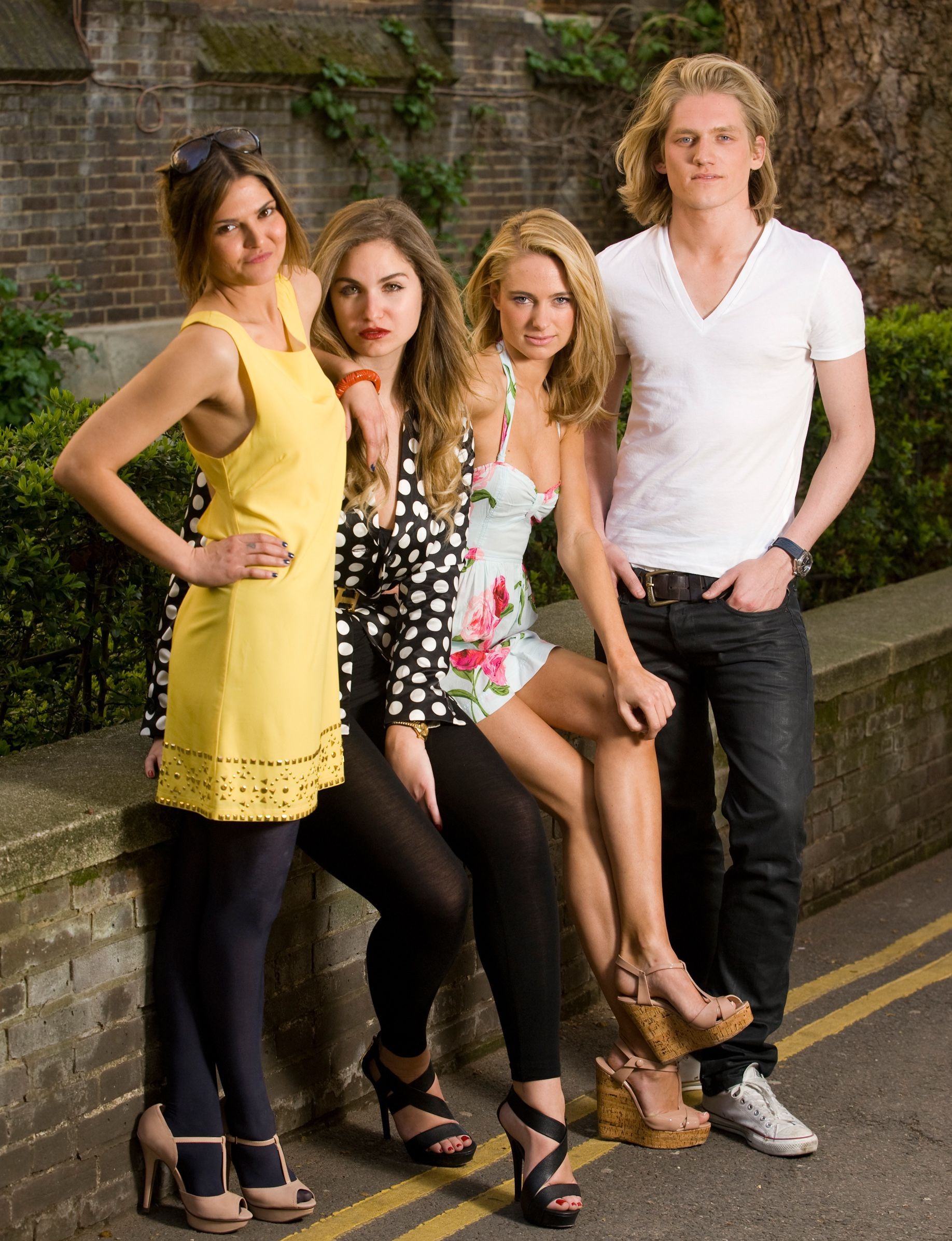