NICOSIA (Reuters) – Police in Cyprus found a body in a lake on Sunday that they believe to be the fifth victim of a suspected serial killer who preyed on foreign women for almost three years without detection. 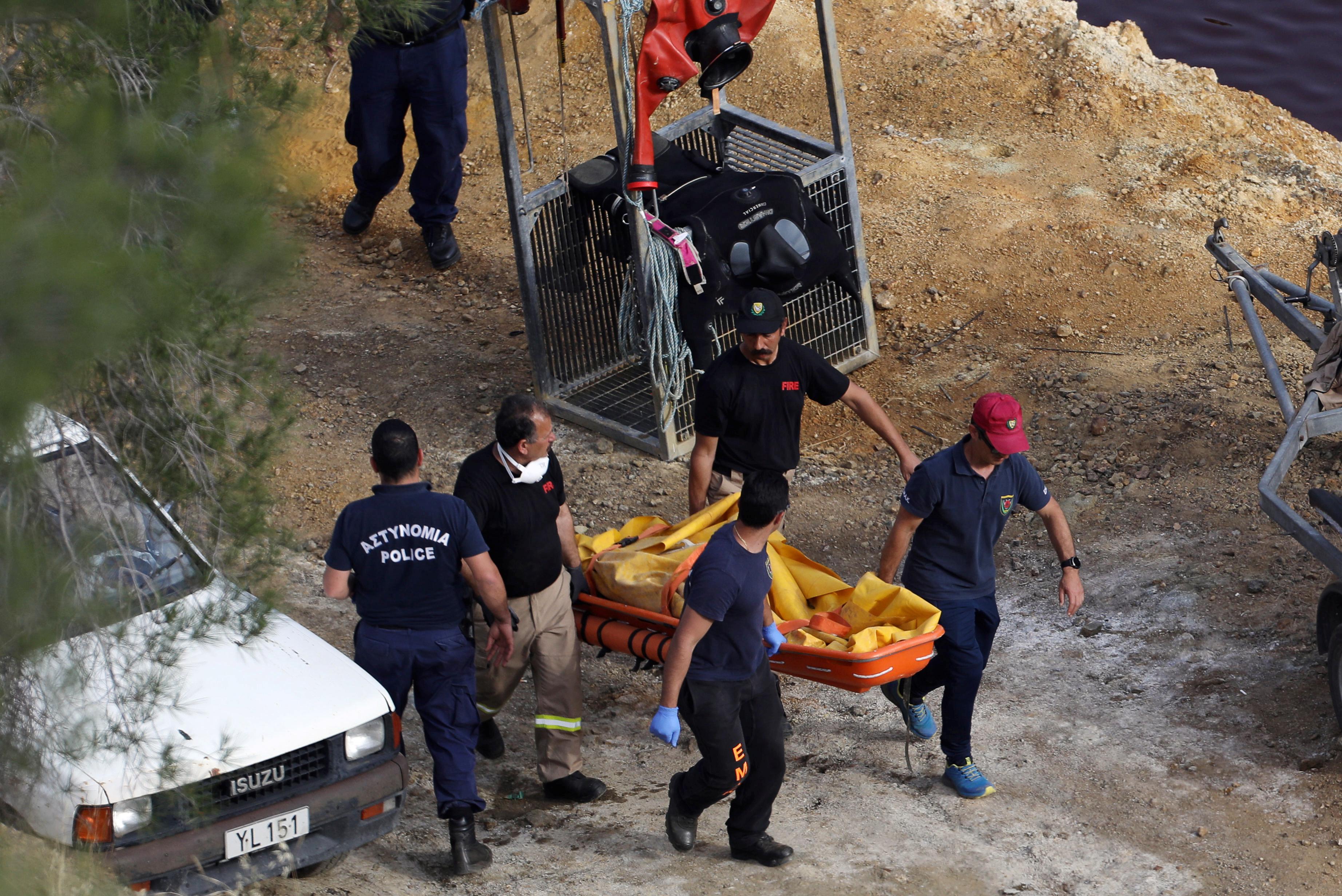 Divers retrieved the body, which some reports suggested was that of a child, from a lake west of the capital Nicosia, the same location where a woman was found dead in a submerged suitcase a week ago.

“A body has been found decomposed. It is not identifiable and is being taken to the mortuary now for further inquiries,” a police official said. The latest body was also in a suitcase, another official on the scene said.

A 35-year-old career army captain has been in custody since late April on suspicion of killing five adult women and the young daughters of two of the victims.

The semi-official Cyprus News Agency reported that police believed the body in the suitcase was that of a child.

Four of those killed are thought to be from the Philippines, including a mother and her six-year-old daughter. A woman from Romania and her eight-year-old daughter and a further victim from Nepal were also killed.

Police say they have two written confessions from the suspect, who met the women online. Most were employed as housekeepers on the island, and disappeared between September 2016 and July to August 2018.

The case has triggered outrage and horror in Cyprus, where the cases appear to be the worst peacetime atrocities against women in living memory.

On Friday Cyprus’s president fired the chief of police, citing apparent shortcomings in the investigation into the women’s disappearances. That followed the resignation a day earlier of the justice minister.

Authorities using sonar to scan a man-made lake in the bowl of an abandoned copper mine discovered the body on Sunday afternoon.

Hours earlier, the suspect was taken before a local magistrate who extended his period of remand pending the completion of inquiries.

A candlelit vigil was held in the area of the mine in memory of the victims.

Cypriot police have faced a torrent of criticism over how they handled each case – the magnitude of which was unknown when tourists accidentally found a bound body in a mine shaft flooded by heavy rain on April 14.

The first victim has been identified as Marry Rose Tiburcio, 38, who disappeared with her six year old daughter Sierra in May 2018.