‘What’s the point of fighting for your country if this happens to you?’: D-Day hero, 94, cuts short Normandy trip after burglars raid his home 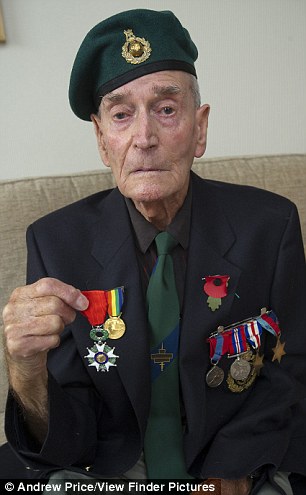 Former Royal Marine Eric Vaughan, 94, holding one of his service medals, had returned to where he landed in 1944 when a neighbour told him about the break in

A D-Day hero who was making his first visit back to the beaches of Normandy was forced to cut his trip short because burglars ransacked his home.

Former Royal Marine Eric Vaughan, 94, of Prestatyn, north Wales, had returned to where he landed in 1944 when a neighbour told him about the break in.

Mr Vaughan, awarded the French Legion d’honneur went home to find thieves had stolen his laptop, a jack knife issued to him in 1942, and old German Reichsmark coins.

They also stole a rotary wrist watch given to him as a 70th birthday present by his wife Beryl.

The World War Two veteran, who luckily took his service medals with him on the cruise, said he now feels unable to make the trip again.

He said: ‘I’m very disappointed by what happened.

‘You can’t take everything with you. You lock up your house and think it’s secure.

‘I haven’t lost hundreds of pounds worth of stuff but things which to me meant a lot.’

He said: ‘I felt anxious and broken hearted when I came back and I am still down.

‘It has taken a lot out of me, I do not feel the same. This has really shattered me.’ 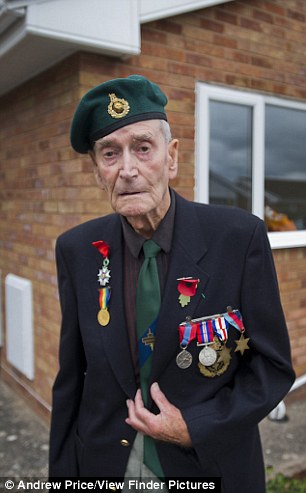 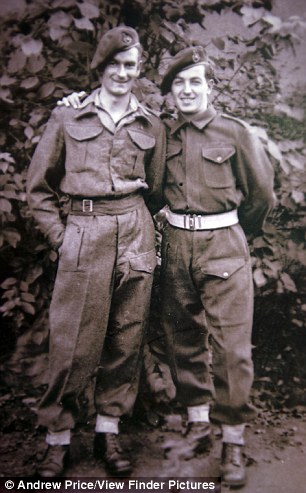 His wife added to the Daily Telegraph:said: ‘What is the point of fighting for your country if this is what happens to you?

‘He saw some terrible sights in the war and thought he was doing his best for his country, but people just couldn’t care less.’

Mr Vaughan, a former factory worker, joined the Royal Marines in 1942. He was part of commando reinforcements that stormed the beaches of Normandy in France on June 6 1944.

He served with the Marines until 1946, and also service in North Africa and Italy. 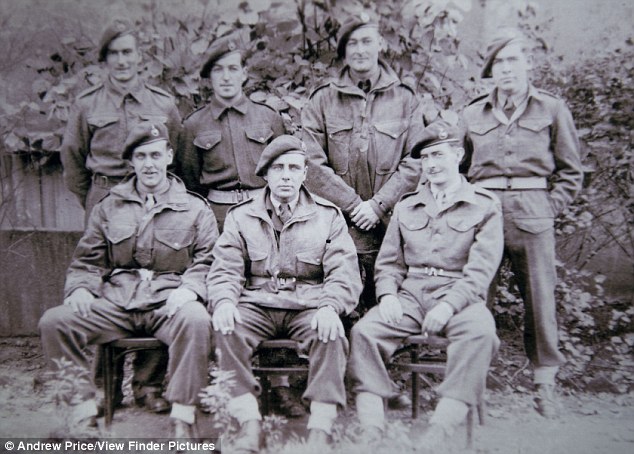 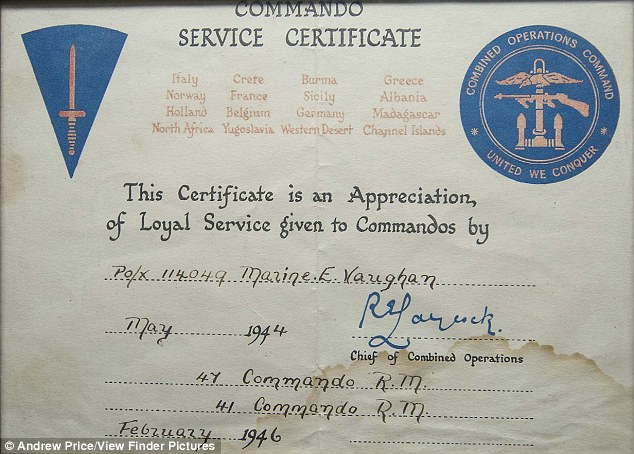 The couple’s house, in a retirement community in Prestatyn, was broken into after burglars forced a lock open through a kitchen window.

After being told of the sickening raid in North Wales, he and wife Beryl left the cruise ship on a tender to St Malo.

They then took a taxi to Dinard before flying back to East Midlands airport.

A North Wales Police spokesman said they were alerted to reports of a burglary on July 14 by a neighbour of the victim. 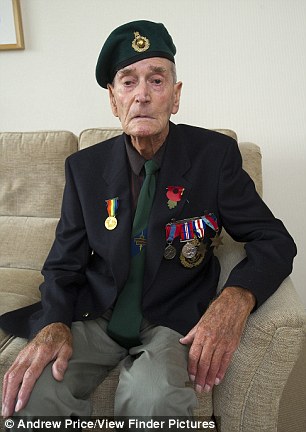 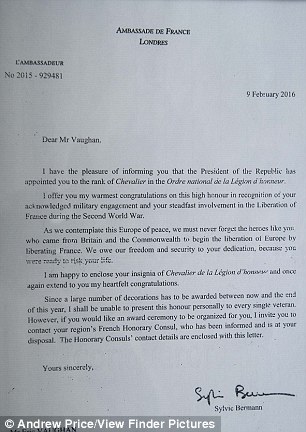 Mr Vaughan, pictured inside his home, left, received the French Legion d’honneur in 2016. Pictured right: A letter informing him he had been given the award 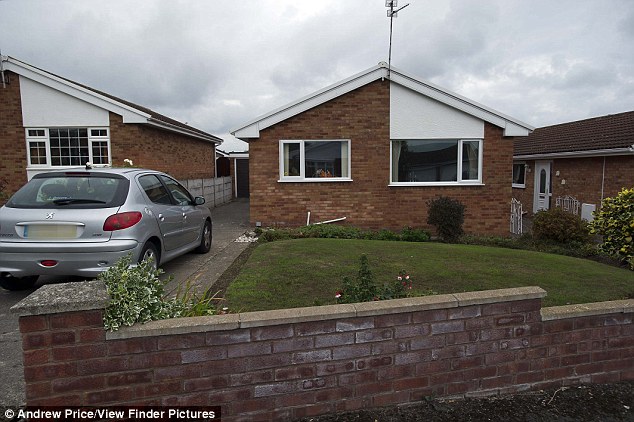 The couple’s house (pictured) in a retirement community in Prestatyn, was broken into after burglars forced a lock open through a kitchen window.

He added: ‘Jewellery, a cash card and an insurance certificate were stolen.

‘It is under investigation and we are working with the family on a number of lines of enquiries.’

D-Day: How Operation Overlord turned the tide of war in Europe

It is thought as many as 4,400 were killed in an operation Winston Churchill described as ‘undoubtedly the most complicated and difficult that has ever taken place’.

The assault was conducted in two phases: an airborne landing of 24,000 British, American, Canadian and Free French airborne troops shortly after midnight, and an amphibious landing of Allied infantry and armoured divisions on the coast of France commencing at 6.30am.

The operation was the largest amphibious invasion in world history, with over 160,000 troops landing. Some 195,700 Allied naval and merchant navy personnel in over 5,000 ships were involved.

The operation was the largest amphibious invasion in world history, with over 160,000 troops landing. Some 195,700 Allied naval and merchant navy personnel in over 5,000 ships were involved.

The landings took place along a 50-mile stretch of the Normandy coast divided into five sectors: Utah, Omaha, Gold, Juno and Sword.

The assault was chaotic with boats arriving at the wrong point and others getting into difficulties in the water.

Troops managed only to gain a small foothold on the beach – but they built on their initial breakthrough in the coming days and a harbour was opened at Omaha.

They met strong resistance from the German forces who were stationed at strongpoints along the coastline.

Between 4,000 and 9,000 German troops were killed – and it proved the pivotal moment of the war, in the allied forces’ favour.