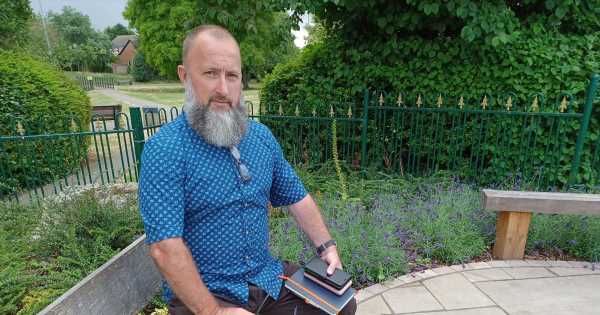 A Brit dad-of-two has recalled how he was given barely any food and went two months without seeing daylight while held captive by the Taliban.

Anthony Malone, 50, was a security consultant tasked with taking vulnerable families to safety in Kabul.

He was working for a self-funded humanitarian mission when in December 2021 he was taken from the streets.

READ MORE: 'I walked 5,000 miles to get away from Taliban monsters – and ended up in Birmingham'

Despite having the correct documents to prove his work was legitimate, he was held in an underground cell for six months, which he claims was underneath the Afghan intelligence headquarters.

He was released just a few weeks ago on June 20, Lincolnshire Live reports.

And now the former British Army Paratrooper has told his story.

He recalled: “I'd been in Afghanistan for three months at this point. It was surreal. There was no aggression. Some Taliban armed with AKs came up to us.

“We were with a senior member of the Taliban who was escorting us. It was other members of the Taliban from a different tribe who asked us what we were doing and asked to check our ID. We produced our official ID and letters issued by the Afghanistan Government to say we could be there.

“We were not arrested under duress or in handcuffs or anything. We got in their car and were then put in a holding cell.

“I thought it would take a couple of months to sort out but it was not until six months later that we were released.

“There was a 70-day period when I was put into solitary confinement. We were kept in basic conditions.”

But far be it from the horrendous torture-filled experience one would assume, he actually told how the Taliban soldiers showed him respect when he was released.

A watch he had taken off him, made by Stirling, was returned to him on his way out last month.

He added: “It was returned to me by the Taliban as a mark of respect between soldiers.

“Any harsh treatment towards any of the Westerners held was by a rogue element within the Taliban.”

Mr Malone has helped to remove 400 families to safety during his time in the country.

The Daily Star has contacted the Foreign Office for comment.