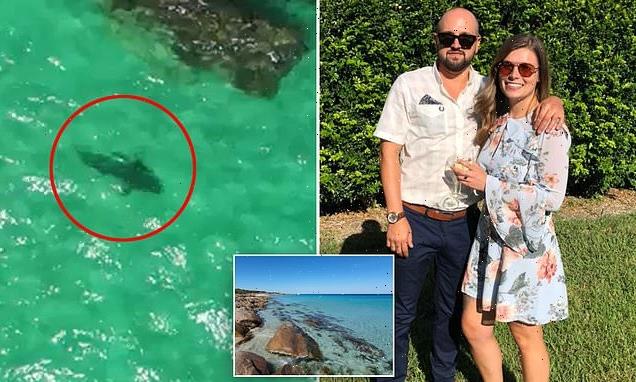 A British father used his drone to save beachgoers from a potential attack after spotting three sharks stalking the shores of a popular beach in Australia.

David Alphonso, his wife Kirsty and their two-year-old sun Sonny were enjoying a family day out with his London-based father and Sydneysider brother at Meelup Beach, 250km south of Perth.

Mr Alphonso, who moved to Australia eight years ago, walked from the beach to a nearby headland with his brother to launch his drone from a regular filming spot.

The pair were watching the live drone footage from an iPad when they saw a shark just metres from the beach. 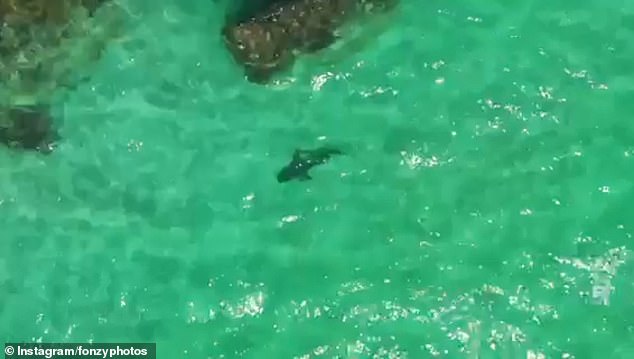 Wildlife videographer David Alphonso spotted a large shark (above) near the shore at Meelup Beach, WA

‘It was about two to three metres from the shore, where it was really shallow, and it was swimming towards swimmers.

‘The next beach along had hundreds of people because it was the summer holidays for the Christmas break.’

He said the shark looked to be a two-metre long bronze whaler so he quickly Facetimed his wife to raise the alarm.

‘I told her “you better go get the lifeguard, there’s a shark hanging around the swimmers”,’ he said.

‘We showed him the drone footage of the shark through Facetime so he went to have a closer look.’

The lifeguard evacuated swimmers from the water and headed out on a jetski where Mr Alphonso was able to use the drone to guide him to where the shark was. 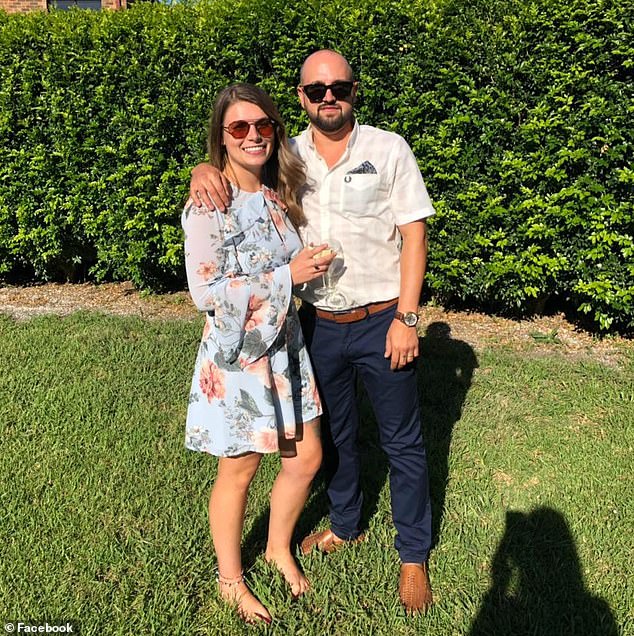 He said: ‘I flew the drone around the corner to where he launched the jetski so he could follow me.

‘He followed the drone around the headland and I went up and down with the drone when I saw the shark.

‘In the footage you can see him pointing to the shark,’ he said.

‘He must’ve thought it was serious enough to call the helicopter, it was there 15 minutes later and sounded the shark alarm.’

Meelup Beach was closed for four hours while about 100 beachgoers waited for the shark to move along.

However, in that time Mr Alphonso said he spotted two other shark floating around the beach.

One was another bronze whaler of a similar size but the other looked to be a three-metre long great white.

‘It was about half a kilometre from the beach so I called the lifeguard again to warn him,’ he said.

‘They’ve got a bit of a resident great white hanging around there at the moment.

‘He told me a couple days before they’d had to rescue a pair of swimmers from the rocks because they spotted a three-metre great white in the water.’ 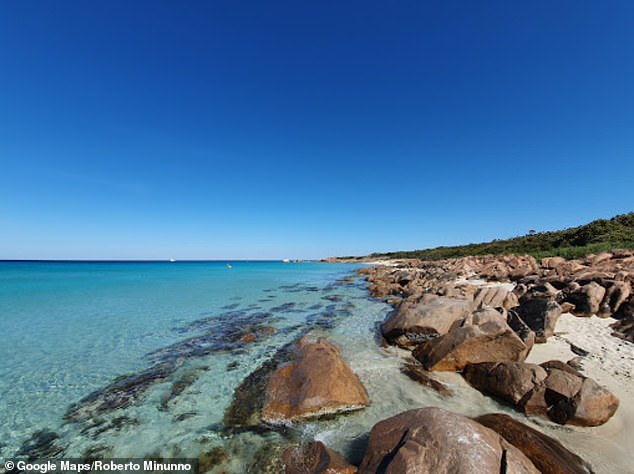 He said that while he was quick to ensure the water was evacuated, it’s unlikely the sharks posed any real threat to the swimmers.

‘I love sharks, I think it’s unfair they’re so vilified,’ he said.

‘They can be scary but there’s such a small chance they pose any real danger.

‘They’re an essential and important part of out ecosystem, we shouldn’t be vilifying them.’

For Mr Alphonso, the worst part of the day was having to put up with jokes from his British dad that he’d ruined everyone’s fun.

‘He kept taking the mickey out of me for closing the beach down in 35C,’ Mr Alphonso said.