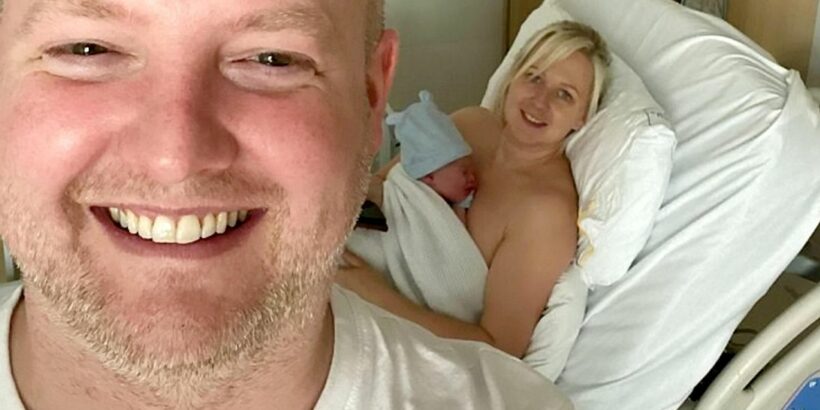 A stunned dad has recalled the moment his partner gave birth in the passenger seat of their Ford Fiesta.

Lee Reynolds was coursing down the M65 at 70mph when his partner, Natalie Whitton, gave birth to their second child in the footwell of the car, Manchester Evening News reports.

When 31-year-old Natalie went into labour in the small hours of Wednesday morning (July 27), Lee thought the couple had plenty of time to make it to Burnley Hospital, having been turned away for being too early when their first child Sienna, now four, was born.

But Lee would soon find out he was mistaken as their baby suddenly "shot out" en route to hospital.

The now father-of-two, who was on the phone with a midwife throughout the process, said: "We were in the fast lane going 70mph, and I just looked on the floor and went 'there’s a baby in the footwell!' to my partner.

"She quickly picked up the baby, and then the midwife on the phone was telling us what to do.

Natalie added: "Lee kept asking me if I wanted to pull over. I could feel a little bit of an urge to push, but I said 'keep going!’ Then all of a sudden, the baby came out, and it went into the footwell of the car on the floor.

"I remember feeling relieved that this pressure had gone. I had a water birth before, and that helped a lot, but I had nothing this time."

Lee pulled over to the hard shoulder following the birth and the couple waited for an ambulance crew.

But the clock was ticking and the pair had no access to medical assistance, so the doting dad made the snap decision to drive to the nearest hospital, where Natalie was seen to immediately.

The delighted couple are now parents to baby Harrison, who was born at 5.57am under the guidance of 999 emergency call handlers, with Lee on hand to help perform some basic health checks on the baby.