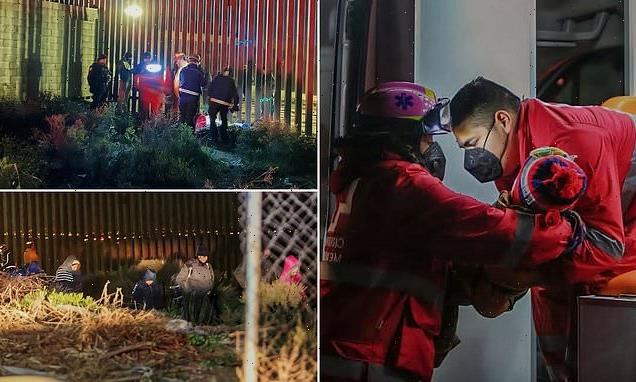 Father, 50, with three-year-old son in his arms falls to his death from border barrier between San Diego and Tijuana: Child survives along with his mother

A man from India died Wednesday after he fell off a metal barrier on the United States-Mexico border while holding his three-year-old son, who survived.

The victim, identified as 50-year-old Brijkumar Daxiniprasad, was scaling over a 30-foot border fence while carrying his son when they fell to the ground on the Mexican side of the border in Tijuana.

Tijuana authorities said Daxiniprasad’s wife also fell from the top of the wall but landed on the San Diego side of steel border barrier.

Daxiniprasad suffered a head injury and was pronounced dead at the scene by paramedics. 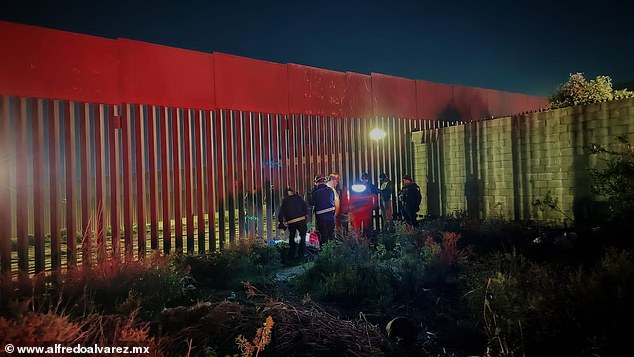 Mexican paramedics and border agents surround the body of Brijkumar Daxiniprasad, a 50-year-old migrant from India, who fell off a 30-foot steel border barrier Wednesday 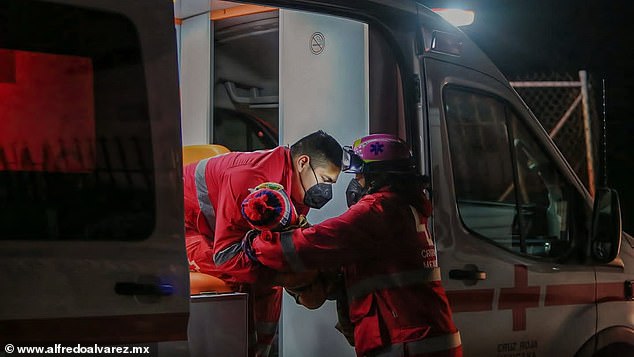 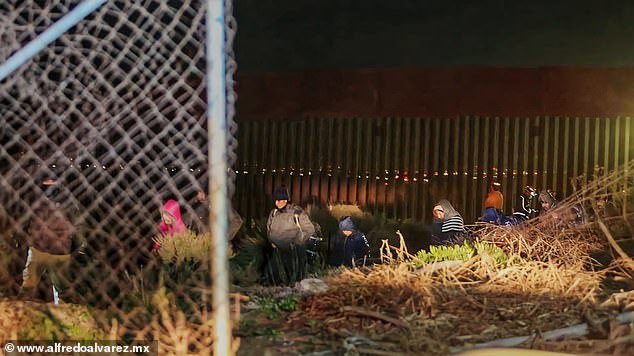 His wife, who suffered a fractured hip and an arm injury, was rushed to a hospital in San Diego.

Mexico’s National Institute of Migration said the couple and their son were among a group of 40 migrants who were trying to cross the US-Mexico border without legal documentation.

Thirty migrants were able to cross the border prior to the accident and were intercepted by the U.S. Border Patrol for processing.

Another nine crossed following Daxiniprasad’s deadly fall but were stopped by U.S. border agents, who turned the group over to the National Institute of Migration.

Daxiniprasad’s failed border crossing attempt comes as Title 42, a public health law set in place to prevent the spread of COVID-19 by limiting migration at the northern and southern borders, is scheduled to be lifted December 21. 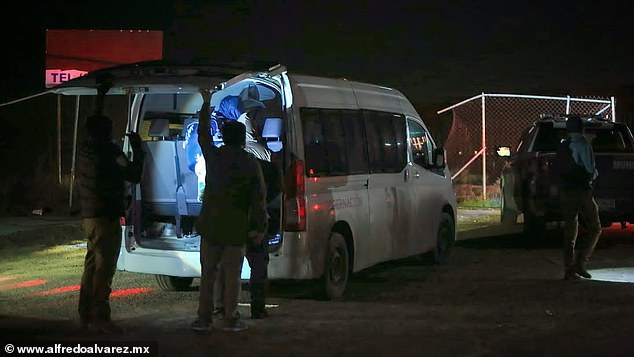 Daxiniprasad was carrying his three-year-old son when they fell and landed on the Mexico side of the border. He died as a result of a head injury but his son was not injured 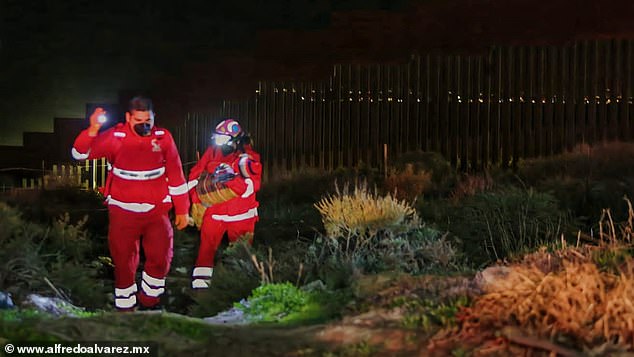 The rule was issued March 2020 by the U.S. Centers for Disease Control and Prevention (CDC) under the administration of former President Donald Trump and had led to the 2.5 million rapid expulsions of migrants – including some who were expelled on multiple occasions.

But, as of next week, the administration of President Joe Biden will not be able to employ Title 42 as a way to quickly remove migrants seeking asylum.

Although Democrats have supported Biden in overturning many Trump-era policies deemed anti-immigrant, some have urged him to keep Title 42 in place.

In 2021, a group representing immigrants who were denied the right to seek asylum sued to end the use of Title 42.

As that case made its way through the courts, the CDC announced last April that the rule was no longer needed because vaccines and treatments were becoming much more widespread.

The CDC ruling prompted states led by Republican governors to file a lawsuit to keep Title 42 in place.

The states argued that ending the rule would lead to a surge in migrants to their states that would in turn take a toll on their services. That argument found favor with a Trump-appointed judge in Louisiana who ordered keeping the restrictions in place. The judge found Biden’s administration failed to follow administrative procedures requiring public notice and time to gather public comment on the plan to end the restrictions.

That ruling, however, was effectively blocked by another federal judge in a separate lawsuit in Washington.

The judge, appointed by Democratic President Bill Clinton, ruled on November 15 that the Biden administration must lift the asylum restrictions by December 21.

That ruling, addressing broader questions about Title 42, took precedence over the Texas ruling, cheering immigration advocates. In a key development, the federal government did not appeal to keep the public health restrictions in place.