Mike Conner was forced to undergo 26 surgeries and spent years learning to walk again after the freak accident. 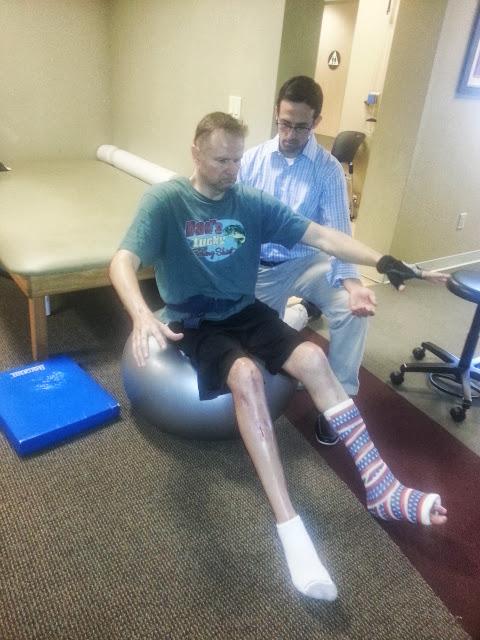 He was even told by doctors he should say his last goodbyes to his family as he would be lucky to even make it through the first 24 hours after the fall.

Mike eventually learned to walk again after years of painstaking rehab – and he thanks medicinal CANNABIS for his incredible recovery.

The 50-year-old was working in a megachurch in California when he fell from a high beam – a distance equivalent to four storeys.

“We were in the attic and walking across steel beams. I got caught by a flashlight across my eye and it blinded me," he recalls.

“It affected my depth perception and I stepped on a ceiling tile and I fell straight through." 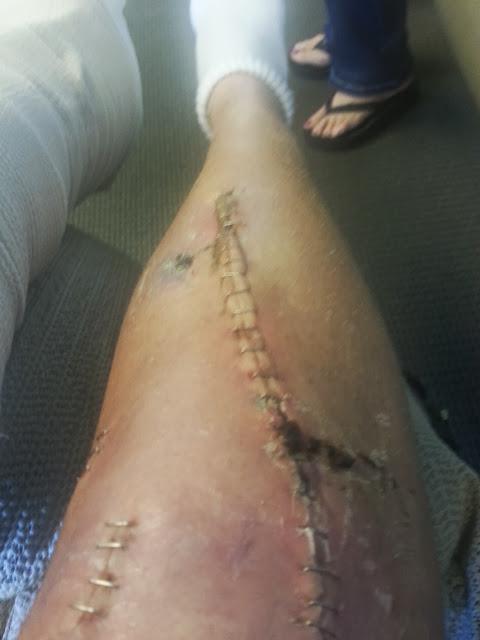 He continued: “I had over two seconds of freefall – I landed feet first, thank God. But I broke over 108 bones in my body.

“My feet, the bones turned to powder and splinters. My ankles were gone, my shin bone and the bones behind it flew out of my legs.

“My knees went in different directions. I broke my back in four places and my L4 exploded into my spinal cord and severed it.

“My right arm broke and the bones in my hands were splintered. My wrist folded in half. And my right elbow and shoulder exploded.”

Mike was conscious for the whole thing and he remembers feeling nearly every single bone break. Doctors later told him that fall of that height is usually 99.7 per cent fatal. 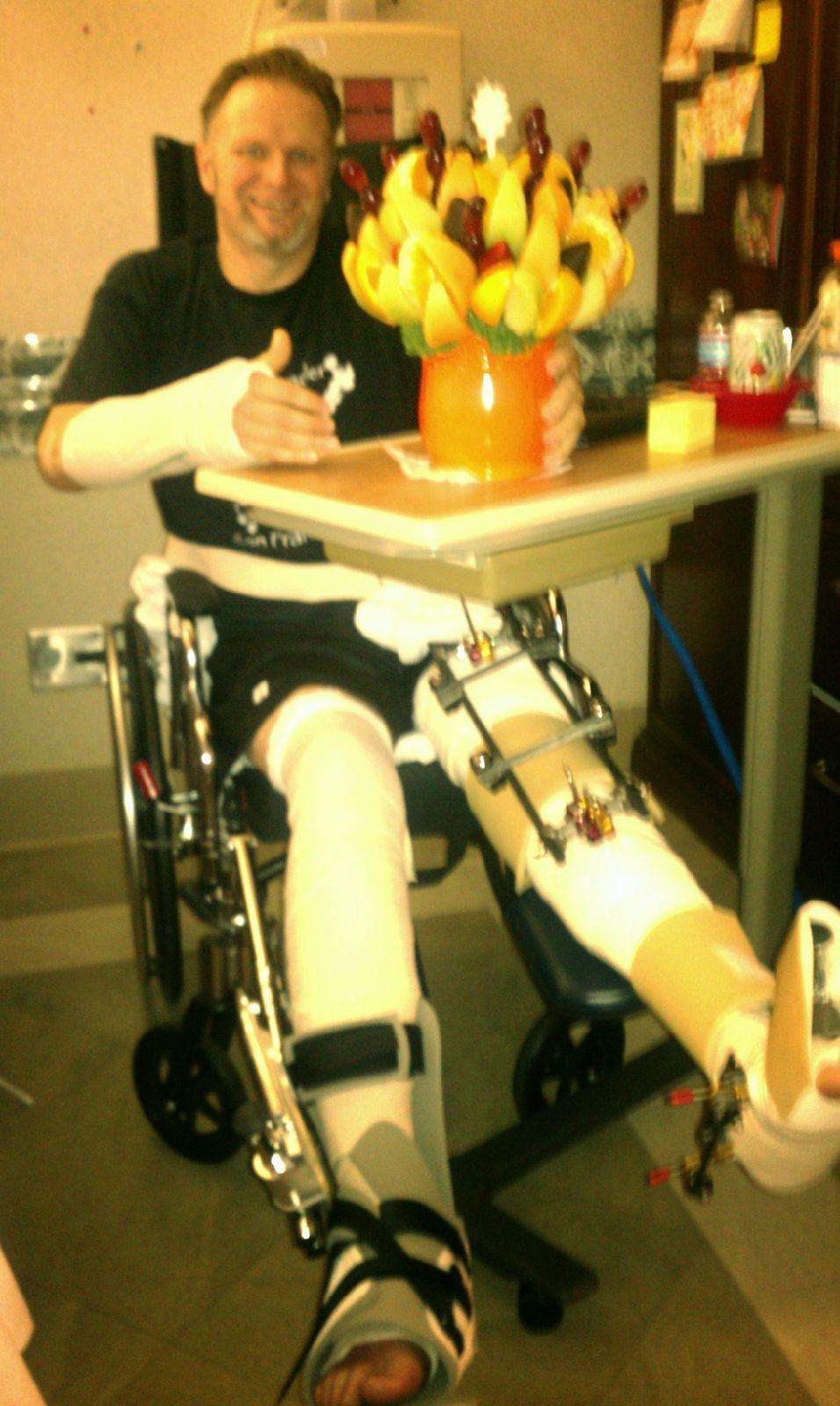 As well as 26 surgeries he had multiple prescriptions for painkillers and was confined to a bed and a wheelchair for a year and a half.

Choking back tears, Mike recalls was forced to give his wife goodbye messages for his four children.

“We said our goodbyes – they didn’t think I was going to make it through my first surgery.

“When they saw the X-ray the doctor said, ‘Young man, I’m sorry but you will never walk again – your spinal cord is so damaged that when we open your back up the nerves that are keeping you alive right now are going to be severed.’”

His injuries were so bad that one person who visited him fainted and was admitted to the hospital for three days.

The sprinkler engineer was left hooked on the powerful pain reliever Oxycontin after being prescribed 400mg a day of the drug.

But by Christmas 2016 Mike learnt to walk again, and eventually weaned himself off the painkillers. He claims he turned to cannabis to help his recovery.

He told Sun Online: "It's truly a miracle I made it. And I put my recovery all down to cannabis." 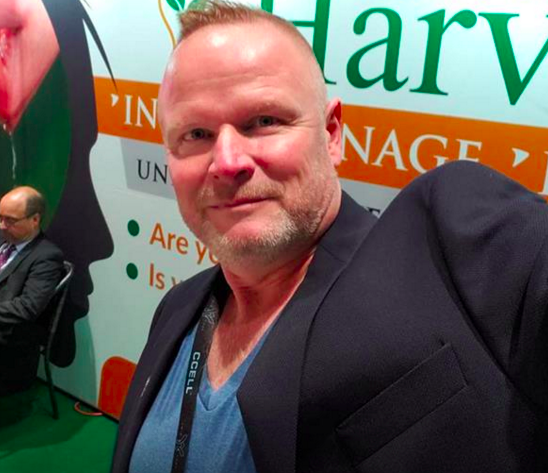 Today, Mike – who has since become a cannabis entrepreneur – has broken his addiction and is completely free of the heroin-derivative pill, and he used weed to do it.

Mike says: “What got me there is this amazing plant. It is truly amazing. This is what got me into the industry.

“The cannabis helped me get through all the stuff that was holding me back. It is an amazing tool to be used in this fight against these opiates.

“These big pharmas are making billions of dollars on these opiates. I don’t think they want the word out that CBD and even THC can get you through these withdrawals. 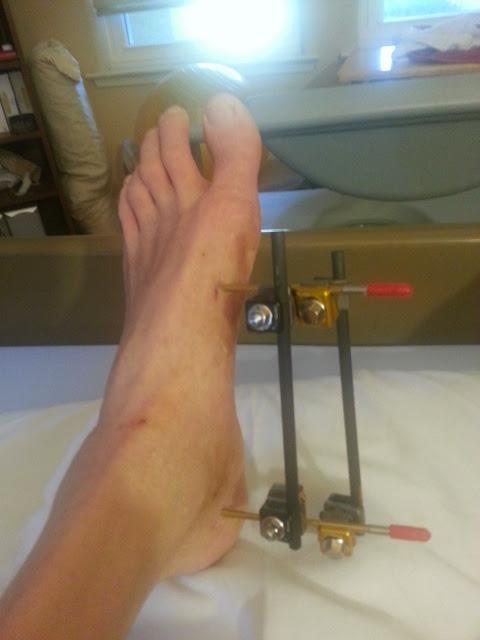 “We don’t need these big fancy clinics where you need to pay tens of thousands to go through.

“I am an actual patient who went through it myself. I had such a huge dose prescribed to me legally, that today I should still be on the couch watching Judge Judy popping pills. But I am not that guy."

To manage the continuous pain he faced he was on a cocktail of drugs including Oxycontin.

A heroin derivative, he confesses he was “completely addicted to it” and discovered how bad the addiction was when he would accidentally missed a dose and be left in terrible pain.

Mike decided he had to take action, and chose cannabis to help him get off his medication, and it took six months to complete his regime. 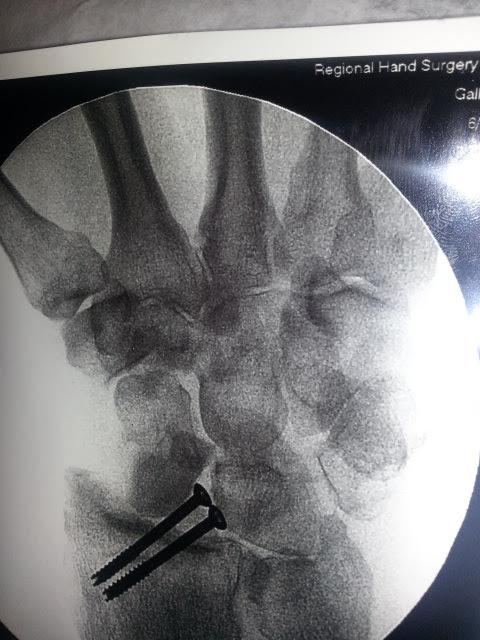 “It was terrible. I was absolutely experiencing heroin-like withdrawal. It is the worst fight you will ever be in. You fight the addiction and yourself."

When he got to the last four rounds – he realised he needed some help and turned to medical cannabis to see if it could alleviate some of his symptoms.

His wife agreed: “She told me she thought I was an idiot for not doing it in the first place,” Mike recalls.

"I didn’t want to be seen as a pothead. It wasn’t that I was anti cannabis, I was just apathetic to it. I had got high once before and I got really paranoid. It wasn’t a good feeling.” 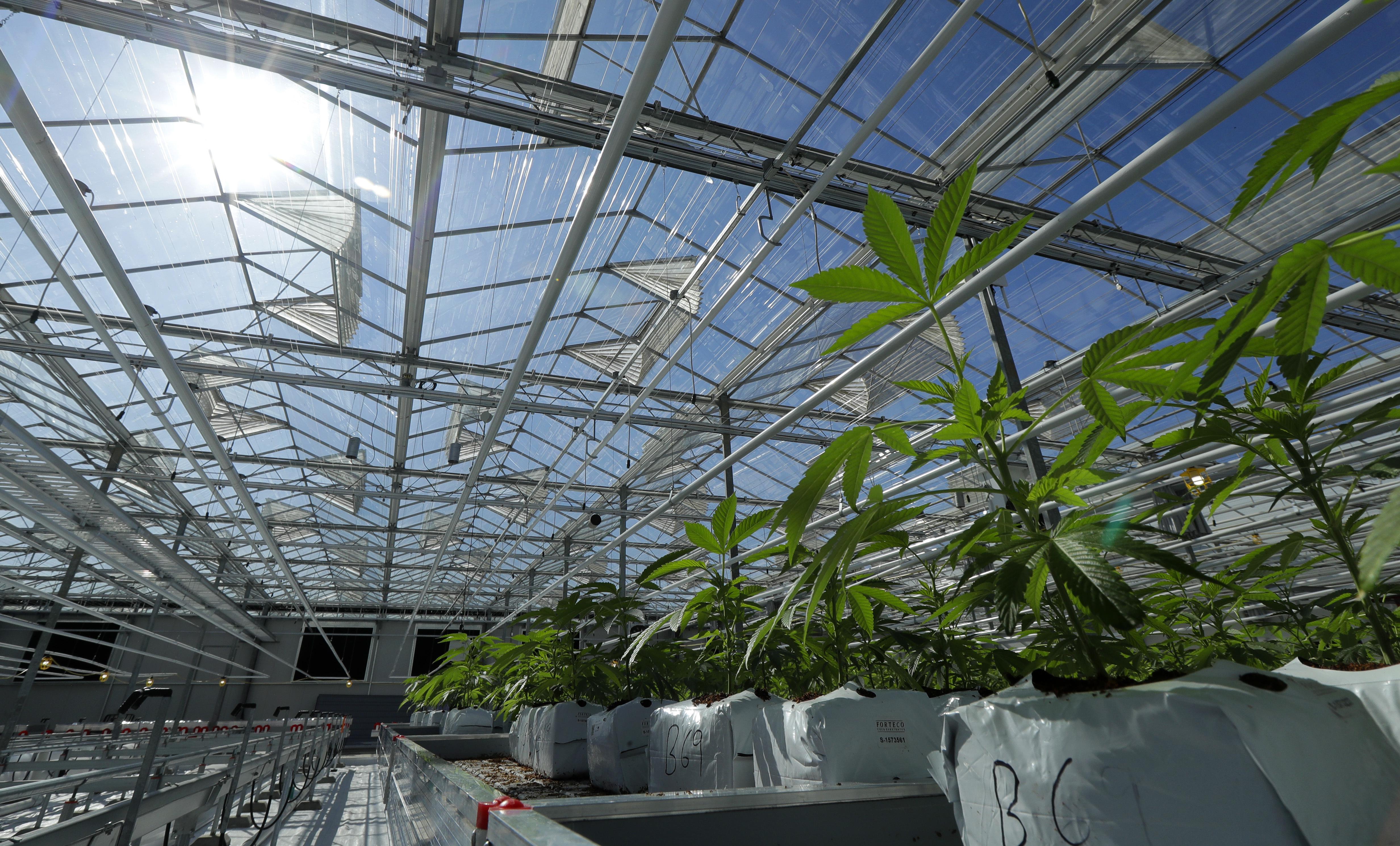 Mike says his four children – Nick, 23, David, 20, Lauren, 22 and Paige, 18 – had some fun with him as he worked out his doses: “They thought it was funny to mix a little recreational cannabis in there.

“They were having a joke with me. Nick was the ringleader. But they were really helpful and I was very grateful.”

Mike says once he had his dose and delivery figured out, the affect of taking cannabis was “amazing” and meant he could actually get up and function.

HOW MEDICINAL CANNABIS IS USED TO TREAT CHRONIC CONDITIONS

The new rules apply to England, Wales and Scotland.

It follows several high-profile cases, including young epilepsy sufferers Alfie Dingley and Billy Caldwell, whose conditions appeared to be helped by cannabis oil.

There is some evidence to suggest that medicinal cannabis can help treat pain as well as other chronic conditions.

Cannabidiol (CBD) is one of the main ingredients in medical marijuana.

It's different to smoking marijuana as it contains low levels of tetrahydrocannabinol (THC), the substance that makes people high.

It is also used in cannabis oil to treat a range of issues including mental health, sleep problems, low appetite, epilepsy, Alzheimer's and palliative care.

CBD is also said to help prevent the signs of ageing and protect against eczema and psoriasis.

Last year the World Health Organisation declared CBD safe to use with no risk of addition.

He said: “I could be with my family, I could eat, I could hold down food, I could drink, I could be mobile I could be almost normal.

“Just by using the medical cannabis. I still felt the flu like symptoms but nothing like I should have been feeling.

“Those days should have been the worst, because I was dropping 50 per cent then 100 per cent. Your body wants to make you pay. But they were the best."

Mike now runs Concept To Harvest, and helps fund other people get into the cannabis industry, and is also involved in a farm in Oregon.

He also wants to use his story to help others: “The message is ‘you can get through it.’

“I made the conscious decision to survive that fall. It’s getting back on your feet which is the hard part.

“And getting off that medication is the best thing I could have done.”