This is how it feels when a BASE jump goes wrong: Daredevil films the moment his leap turns to disaster as he crashes to the ground, narrowly cheating death

A BASE jumper filmed himself as he crashed to earth, narrowly avoiding death.

The man recorded the moment he leapt from a mountain in the Swiss Alps before he then started heading towards some trees.

He can be seen colliding with the branches before hitting the ground as his parachute collapses.

The jumper said he got into difficulty after his lines became tied in a knot and his fall was slowed down by a tree. 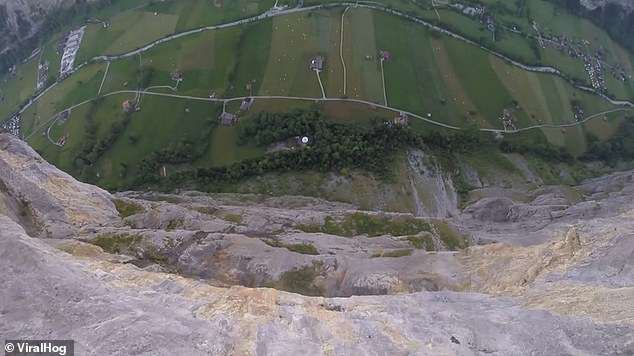 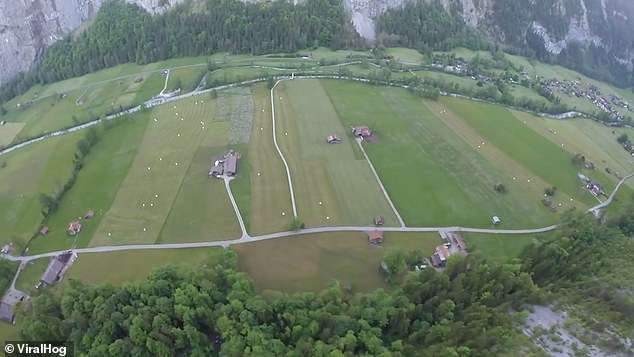 The jump took place in Lauterbrunnen, Bern, Switzerland, on May 26 last year

But once he hit the tree he began falling again as the tree did not catch the canopy.

As he lands on the ground he can be heard screaming in pain three times and then tries to get out from under his parachute.

The jump happened in Lauterbrunnen, Bern, Switzerland, on May 26 last year.

He was an experienced jumper with 55 previous jumps in 2017, he said.

The man said in a YouTube post of the jump: ‘I started BASE jumping one year ago. 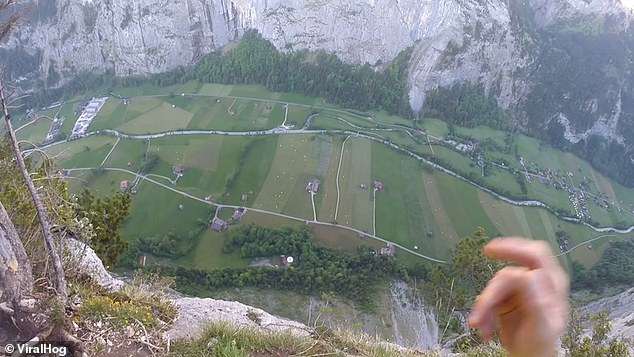 The BASE jumper claimed it was his 56th jumper of the year, with the previous 55 all being successful 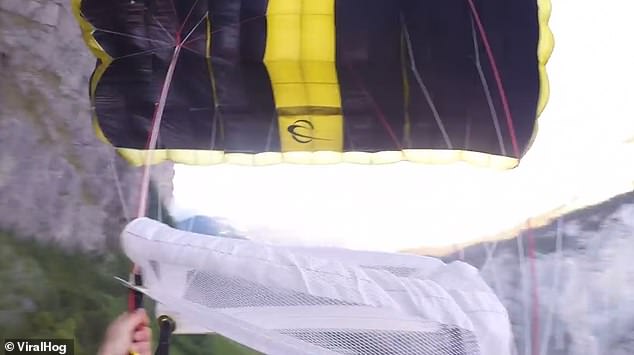 As he fell to earth the parachute lines became knotted and the canopy twisted, sending him crashing to the ground 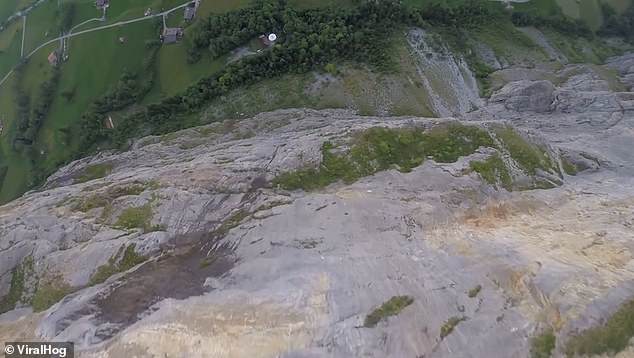 The BASE jumper crashed to earth, narrowly avoiding being killed by the landing after hitting a tree

‘This was jump number 56. After the opening, I realised that some lines built a tension knot.

‘I was not able to clear it, so the canopy started spinning and the vertical speed increased. Then I hit a tree, which probably saved my life.

‘Unfortunately, the tree did’t catch the canopy and I started falling again without being slowed down.

‘I impacted on soft ground right next to rocks which probably had killed me if I had hit them.’ 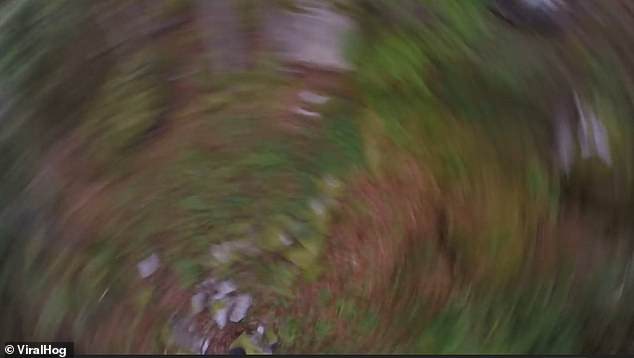 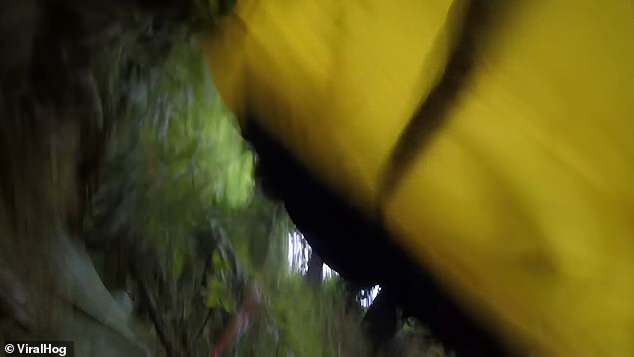