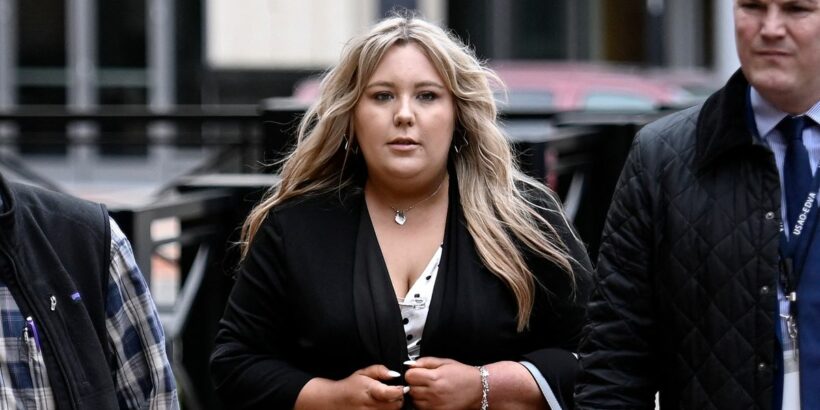 The daughter of an ISIS beheading victim is going to Syria to find his remains after a mysterious phone call.

Bethany Haines, 24, the daughter of British aid worker and IS beheading victim David Haines, is set to travel to Syria in search of her father's body.

Bethany told The Mirror that a mystery man rang her and gave her map coordinates of where her father's body is.

The infamous terrorist Jihadi John, later identified as Mohammed Emwazi, murdered her father David in a filmed beheading in 2014.

Bethany said: “I’ve made it my goal to bring him home for a proper burial. I won’t rest until that happens.”

A year after Mohammed filmed himself killing David in a propaganda video, he killed himself in a drone attack.

Bethany who was just a schoolgirl when her father was murdered, now hopes to plan a memorial to her father and others executed by Isis.

The mum-of-one plans to visit Syria to find his body and believes the mystery caller “obviously wanted to help” her.

Dad-of-two David, a former RAF engineer born in Holderness, East Yorkshire, was working for a French agency when he was kidnapped in Syria in March 2013.

Bethany, who now lives in Scotland, was in Virginia, America, this week, where she watched the trial of El Shafee Elsheikh, 33, who was one of the four Londoners in ISIS who were named “The Beatles” by hostages because of their British backgrounds.

El Shafee was said to be the main torturer involved in David's killing and last week Bethany looked him in the eye as he went on trial.

He is the last of the gang to face justice and denies eight charges related to the capture, detention and deaths of six US and Japanese aid workers and journalists, as well as David and fellow Brit Alan Henning.

Bethany has said she wants her father’s killers “hung from a tree”.

She said: “If it was up to me these men would get the death sentence but because of the extradition agreement, that can’t happen. I’ve been shown the maximum-security jail they’re likely to be sent to.