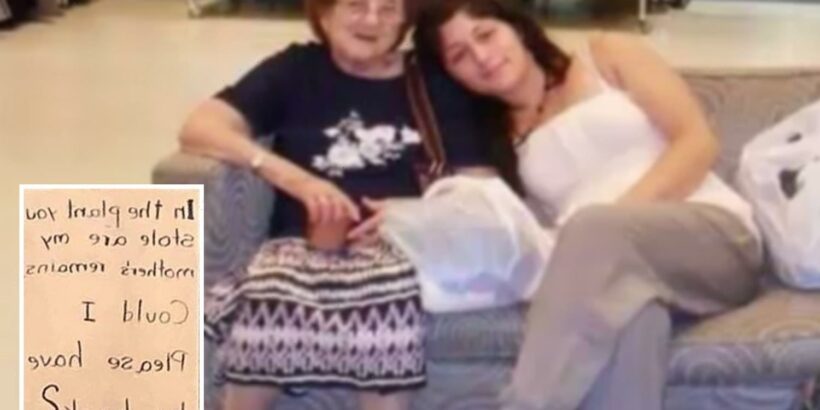 A DAUGHTER’S heartbreaking note begs thieves to return mum’s ashes which had been stored inside a pot plant.

Ercilia, from Campbelltown in Sydney's south-west, had housed her mother's cremated remains inside the plant, which she said was 'becoming more and more special' to her and her family. 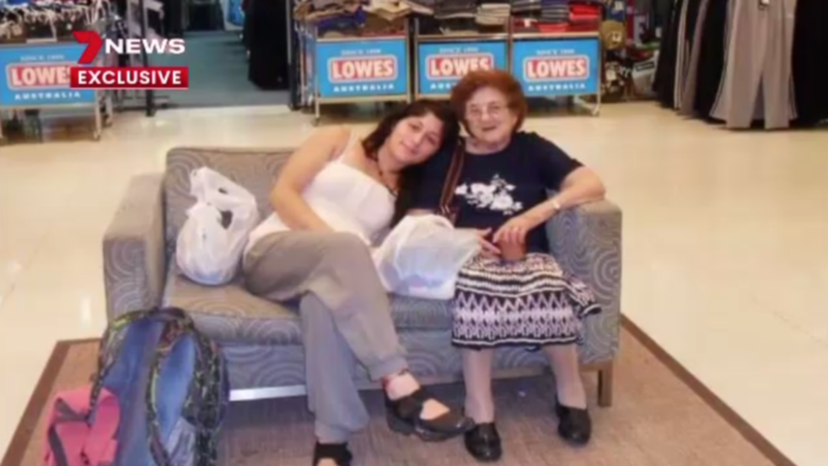 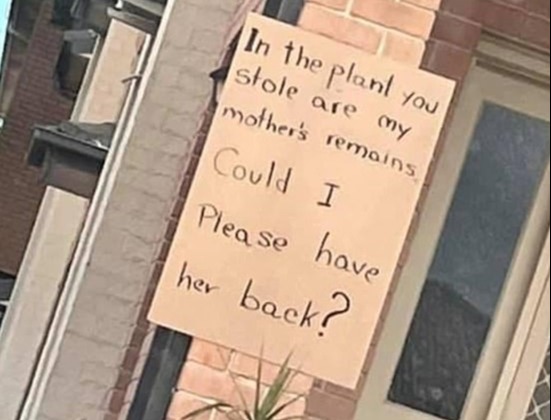 She had moved to Australia with her family in 2013 and sadly, she lost her mother three years ago.

Ercilia was devastated when she first noticed the plant was missing, some two weeks ago.

She had since hung up a cardboard sign outside her front door with the message “In the plant you stole are my mother's remains.

“Could I please have her back?”

Ercilia told the Macarthur Chronicle she didn’t want to know who had taken the plant.

“I don't want to know anything. If the plant is just returned where it was, that's all we care about,' she said.

A photo of the cardboard sign was shared to a community Facebook group, which led to hundreds condemning the “disrespectful” thieves.

“How low and desperate to you have to be to steal a plant from someone's garden?” one member commented.

“What a disgusting thing to do.

“If you have any morals you would return the plant,” one wrote.

Local mother Jamie Lee had noticed the sign during her morning school drop off and shared the photo online to the Macarthur Notice Board group.

She said the sign had brought her to tears, and left her wanting to do all she could to reunite the plant with its owner.

“It broke my heart. Let's all try to get the plant back to where it belongs,” she wrote. 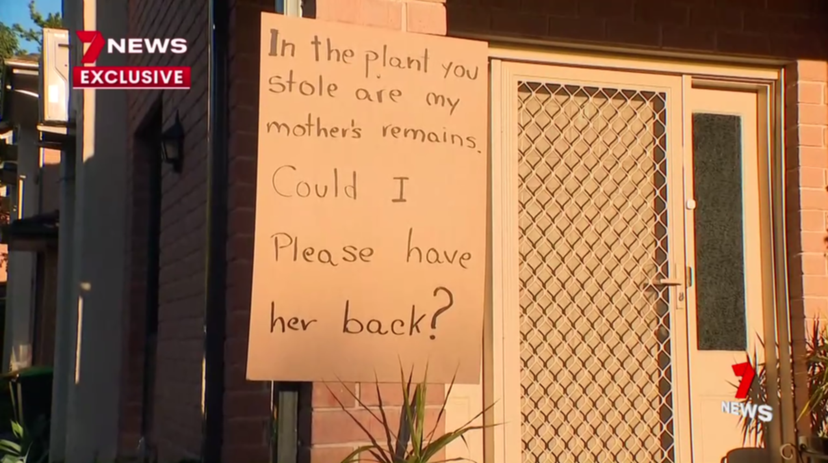