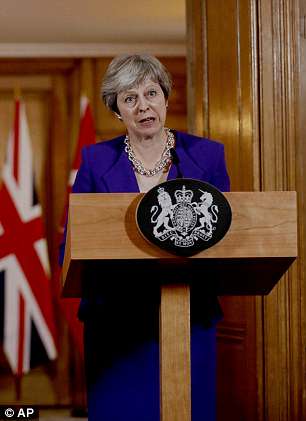 Theresa May’s Brexit woes deepened today after it emerged David Davis has warned her favoured customs plan could be illegal.

The Brexit Secretary is said to have used a letter to the PM to raise doubts about whether a ‘partnership’ arrangement with the EU would break international trade law.

Amid growing speculation that the concept will be killed off, the Attorney General has been asked to provide an urgent legal opinion.

But the suspicion of Brexiteers has been raised as the opinion will be given directly to the PM rather than the Cabinet, according to The Times.

Cabinet Office minister David Lidington today insisted all the customs options would be examined to ensure they were legal.

He said when any major changes were considered ‘you check, is this compatible with other treaties’.

Meanwhile, Labour is turning the screw on the government by deploying an obscure parliamentary procedure in a bid to force publication of secret Cabinet documents on Brexit.

The Commons is set for a major showdown vote on the so-called ‘humble address’ motion later, with fears defeat for the PM could cause huge damage to the UK’s negotiating position.

It has been revealed that the government will publish a 100-page Brexit White Paper next month, billed as the most comprehensive vision yet of the UK’s position outside of the EU.

But Mrs May’s plans are at risk of being derailed by a mounting Tory civil war – with her Cabinet at loggerheads on the shape of future trade with Brussels.

Ministers are struggling to decide between two rival customs proposals. The customs partnership – believed to be Mrs May’s preferred option – would see the UK collect tariffs on behalf of the EU and then offer rebates to businesses.

The second maximum facilitation, or ‘Max Fac’ option, would rely on technology and trusted trade schemes to keep trade fluid and avoid a hard Irish border

But whips also fear Mrs May has no chance of getting the Brexiteers’ ‘Max Fac’ proposal through the Commons.

Meanwhile, at least a dozen Tory Remainer rebels are threatening to side with Labour in a looming vote on whether to stay in the customs union – something Mrs May has repeatedly ruled out.

The White Paper will be the biggest Government statement on Brexit since the 2016 referendum, setting out plans on everything from trade, transport and fishing to data protection and security co-operation.

The decision to press ahead with the document represents a victory for David Davis, who has been arguing for months that the UK needs to get on the front foot over Brexit. 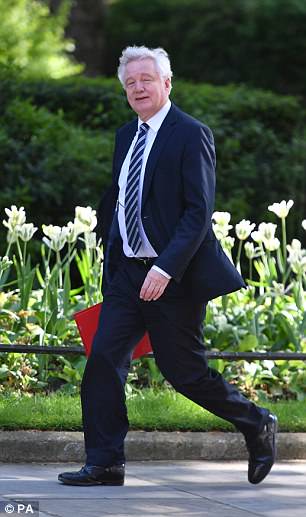 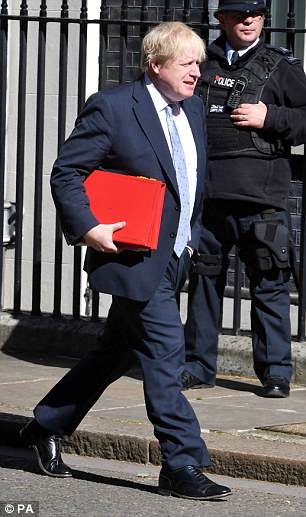 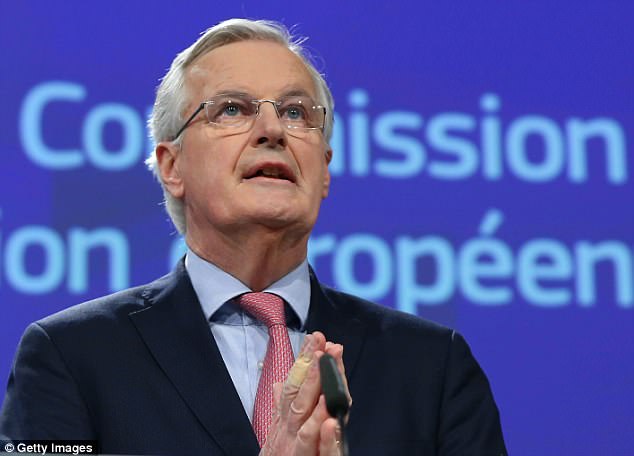 Mr Davis told ministers yesterday the White Paper would include ‘detailed, ambitious and precise explanations of our positions… it should set out what will change and what will feel different outside the EU’.

The document will try to tackle the vexed issue of future customs arrangements, which has split the Cabinet.

It is expected to be published before a crucial EU summit next month, in the hope of showing the bloc that progress can be made.

However, there are growing signs of frustration in Brussels. Michel Barnier said this week that there had been ‘little progress’ since March.

Mr Davis and Mrs May’s deputy David Lidington gave brief presentations on work to tackle problems with the Government’s two customs options. But sources said the two sides in the debate were ‘no nearer’ to reaching agreement.

Instead, ministers spent much of the meeting discussing arrangements for the Irish border if neither of the Government’s two customs options succeeds.

Eurosceptic MPs yesterday urged Mrs May to ‘face down’ Brussels and Dublin over its demand that Northern Ireland effectively remain within the customs union in order to prevent the creation of a so-called ‘hard border’.

What are the options on the table for a customs deal with the EU?

With time ticking away on the Brexit negotiations, the Cabinet is still at daggers drawn on the shape for future trade relations with the EU.

The government has set out two potential options for a customs system after the UK leaves the bloc.

But despite a series of tense showdowns at Theresa May’s Brexit ‘War Cabinet’ ministers continue to be deadlocked over what to do.

Meanwhile, Brussels has dismissed both the ideas – and warned that negotiations could stall altogether unless there is progress by a key summit next month. 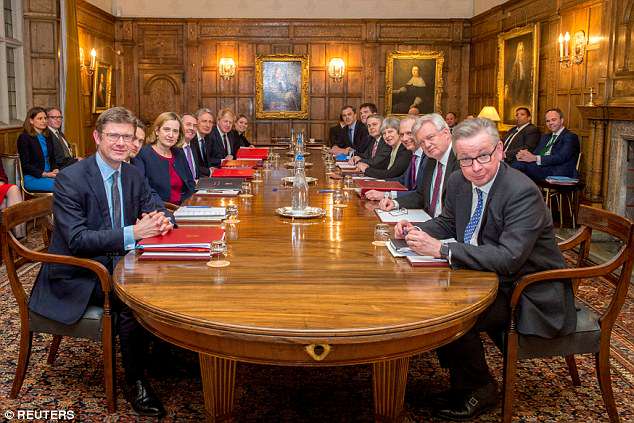 Under the so-called ‘hybrid model’, the UK would collect EU import tariffs on behalf of Brussels.

Britain would be responsible for tracking the origin and final destination of goods coming into the country from outside the EU. The government would also have to ensure all products meet the bloc’s standards.

Firms selling directly into the UK market would pay the tariff levels set by Brussels – but would then get a rebate if Britain’s tariffs are lower.

Supporters of the hybrid plan in Cabinet – including Theresa May, Philip Hammond and Greg Clark – say keeping duties aligned up front would avoid the need for physical customs borders between the UK and EU.

As a result it could solve the thorny issue over creating a hard border between Northern Ireland and the Republic.

Mrs May has been advised by the chief whip that the hybrid option could be the only way of securing a majority in parliament for a Brexit deal.

But Brexiteers regard the proposal as unworkable and cumbersome – and they were joined by Sajid Javid and Gavin Williamson in criticising it at a tense ‘War Cabinet’ meeting last week.

There are fears the experimental system will either collapse and cause chaos, or prevent the UK from being able to negotiate free trade deals around the world after Brexit.

Mrs May has instructed official to go away and revise the ideas. Eurosceptics are braced for her to bring back the plan with only ‘cosmetic’ changes, and try to ‘peel off’ Mr Javid and Mr Williamson from the core group of Brexiteers.

They are also ready for Mrs May to attempt to bypass the ‘War Cabinet’ altogether and put the issue before the whole Cabinet – where she has more allies.

The ‘Max Fac’ option accepts that there will be greater friction at Britain’s borders with the EU.

But it would aim to minimise the issues using technology and mutual recognition.

Goods could be electronically tracked and pre-cleared by tax authorities on each side.

Shipping firms could also be given ‘trusted trader’ status so they can move goods freely, and only pay tariffs when they are delivered to the destination country.

Companies would also be trusted to ensure they were meeting the relevant UK and EU standards on products.

Senior ministers such as Boris Johnson, Michael Gove and Liam Fox believe this is the only workable option.

But Remain minded Tories such as Mr Clark insist it will harm trade and cost jobs in the UK.

They also warn that it will require more physical infrastructure on the Irish border – potentially breaching the Good Friday Agreement. It is far from clear whether the government would be able to force anything through parliament that implied a hard border between Northern Ireland and the Republic.

The EU has dismissed the idea that ‘Max Fac’ could prevent checks on the Irish border as ‘magical thinking’.