One of the most iconic paintings of the 20th century is poised to shatter the world record for the most expensive work by a living artist sold at auction.

David Hockney’s “Portrait of an Artist (Pool with Two Figures)” will be offered Thursday at Christie’s Post-War and Contemporary Art Evening Sale in New York City, where it is expected to sell for upwards of $80 million, which would smash the $58.4 million record set by Jeff Koons’ “Balloon Dog” in 2013. 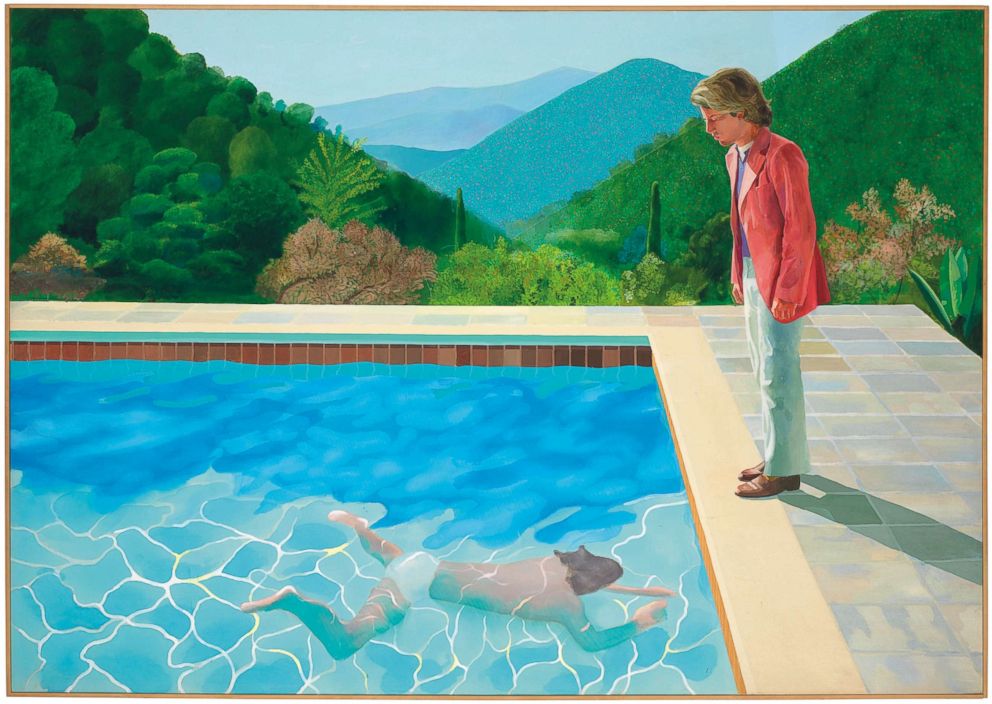 Alex Rotter, co-chairman of post-war and contemporary art at Christie’s, described the acrylic painting as “one of the great masterpieces of the modern era.”

“David Hockney’s brilliance as an artist is on full display with this monumental canvas, which encapsulates the essence of the idealized poolside landscape, and the tremendous complexity that exists within human relationships,” Rotter said in a statement. “With this painting, Hockney cemented his placement within the realm of history’s most venerated artists, and come November, it is poised to become the most valuable work of art by a living artist ever sold at auction.” 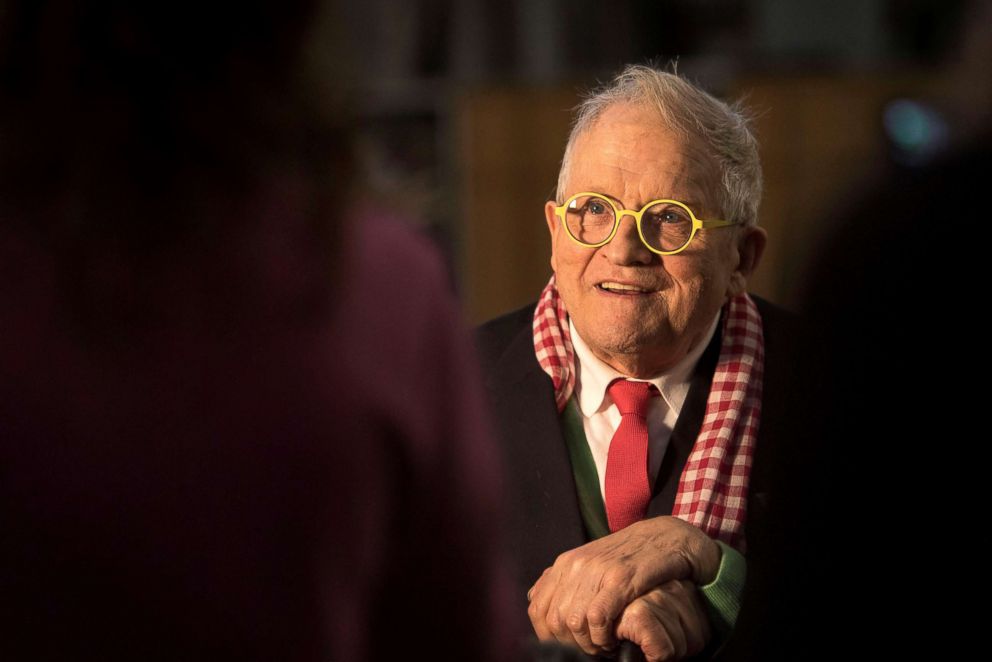 Hockney, who is revered as one of Great Britain’s most influential artists and a pioneer of the 1960s pop art movement, conceived the composition for the double portrait by chance, after seeing the juxtaposition of two photographs on the floor of his studio in London — one of a figure swimming underwater in a pool and the other of a boy staring at something on the ground.

He began painting in October 1971 but abandoned the first version of the canvas months later amid the end of his five-year relationship with Peter Schlesinger, a much younger American artist who was Hockney’s original muse for the standing figure, according to Christie’s. 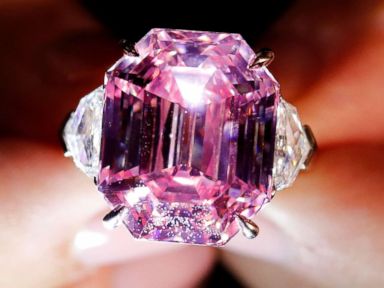 Hockney started over in early April 1972, hoping to finish the piece for a planned exhibition in New York City the following month. He traveled to English filmmaker Tony Richardson’s villa in the South of France, Le Nid du Duc, which became the backdrop for a number of Hockney’s works.

There, he took hundreds of photographs of the villa’s pool and breathtaking view in preparation for the painting, using his studio assistant as a stand-in for Schlesinger and a young photographer as the swimmer, according to Christie’s. 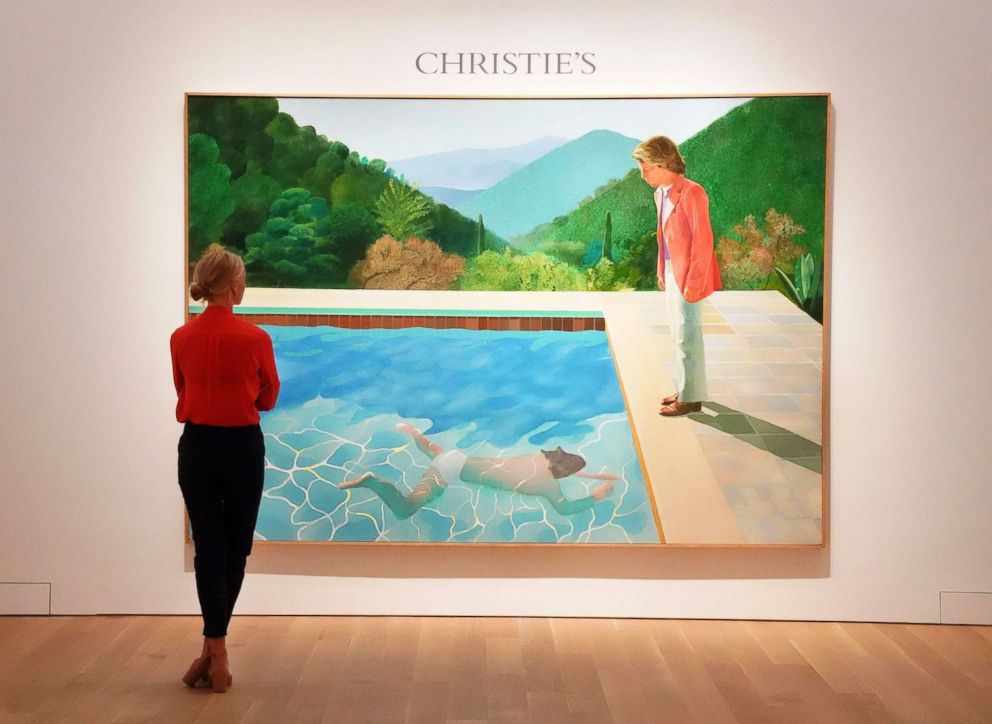 Upon returning to London with the images, which soon covered the walls of his studio, Hockney worked on the painting 18 hours a day for two weeks straight, completing the piece the night before it was to be shipped to the U.S., according to Christie’s.

The painting is lauded as a culmination of two of Hockney’s most iconic motifs: a pool and a double portrait. The privately-owned work will go under the hammer at Christie’s auction house in New York City on Thursday night.