David Miliband is at the centre of mounting speculation that he could be persuaded to make a dramatic return to British politics as part of a new Blairite political movement.

The former Labour Foreign Secretary, who currently works in America, has held a series of meetings with Tony Blair in recent months – while both Mr Miliband and the former Prime Minister have been in contact with Labour donors alienated by the leadership of Jeremy Corbyn.

They are understood to include Sir Trevor Chinn, a billionaire who donated generously to Mr Blair’s private office while in Government, and Jonathan Goldstein, chief executive of financiers Cain International. 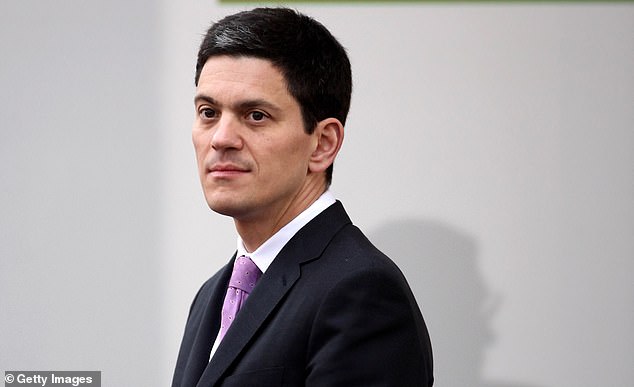 David Miliband, above, is at the centre of mounting speculation that he could be persuaded to make a dramatic return to British politics [File photo]

Mr Goldstein has held meetings with Tony Blair at least four times over the past six months, and has also flown out to see Mr Miliband in New York. Sir Trevor is also thought to have been in touch with Mr Miliband.

The intrigue comes as Mr Miliband is thought to be considering a return to London after five years as President of International Rescue Committee, a New York-based aid organisation.

A source close to the discussions said Mr Blair ‘talks about little else other than the need for a new force in British politics’, adding: ‘David Miliband is the figure who towers above all others as the person who could lead a new centre-left party.’ 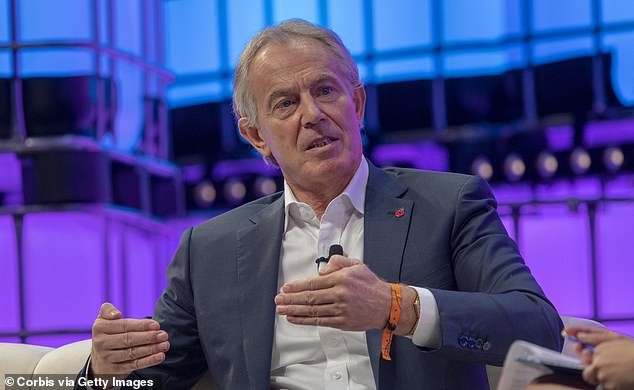 A source said Mr Blair, above, ‘talks about little else other than the need for a new force in British politics’. He is pictured at a Web Summit in Portugal earlier this month [File photo]

The source added: ‘Tony and Trevor are both convinced by David – but they differ on whether there is room for a centrist party in today’s political climate.

‘They are intent on waiting for the collapse of the Corbyn project – and then they aim to sweep in.’

A friend said: ‘David is always thinking about what’s best for his country and the Labour Party. His heart and passion is still the future of the UK.’ 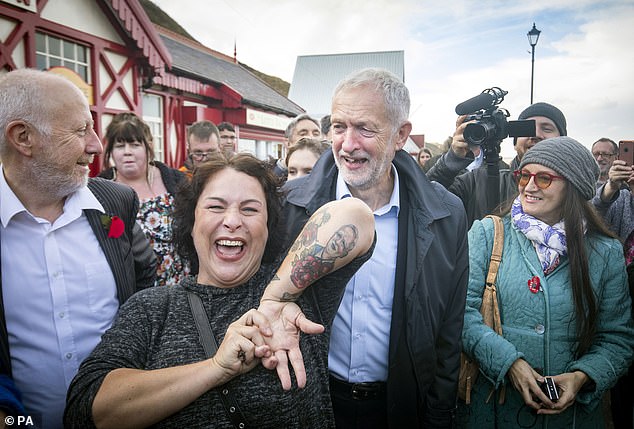 A woman shows her Jeremy Corbyn tattoo to the Labour leader during his visit to Saltburn-by-the-Sea, North Yorkshire, yesterday. Both Mr Miliband and the former Prime Minister have been in contact with Labour donors alienated by the leadership of Jeremy Corbyn

Asked whether Mr Miliband would seek to return to ‘rescue’ the Labour Party or to help set up a new one, he said: ‘I honestly don’t know.

‘There’s a group in the party now talking about a third way, a different party. They have totally given up on recovering the party. Whether that will include David, I can’t say.’