A detective chief inspector who plotted with a police colleague to ‘fit up’ two burglars with a bogus ID parade has been jailed for two years.

DCI Elizabeth Belton, from West Yorkshire Police, sent a string of incriminating text messages to police constable Judith Mulligan boasting about interfering with the investigation in order to secure convictions.

Two men were jailed as a result of the corrupt methods used by the West Yorkshire police officers during the investigation.

Jailing Belton for two years, Judge Tom Bayliss, QC, said that she had ‘driven a coach and horses’ through police procedures designed to ensure fairness and integrity in the justice system.

He added: ‘The public must be able to trust the police to uphold their rights.

‘How can the public do that when senior police officers are subverting those rights? 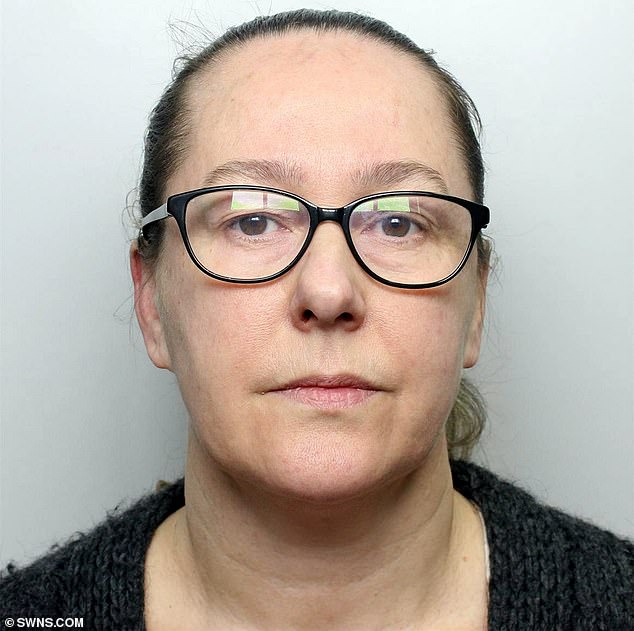 Detective chief inspector Elizabeth Belton, pictured, was jailed for two years today after she was caught ‘fitting up’ two burglars with a bogus ID parade in 2013

‘West Yorkshire Police maintain the highest of standards. Standards that are jealously guarded – hence this prosecution.’

Belton and Mulligan were found guilty of conspiracy to pervert the course of justice after a re-trial at Leeds Crown Court.

A third defendant, former police sergeant Mohammed Gother, 54, was found not guilty of the charge.

Belton and Mulligan plotted to ‘fit up’ the men in September 2013, after two men tried to break into Mulligan’s home.

Officers were unable to find any forensic evidence at Mulligan’s home and the investigation hinged on Mulligan’s identification evidence.

The court heard Mulligan later changed her description of the suspects, stating they were older.

Following their arrest, the men were taken to Pudsey police station after checks revealed they both had criminal records.

Mulligan then contacted Belton about the incident.

Belton sent a text message to former police sergeant Mohammed Gother, 54, to make arrangements for photographs to be taken of the two suspects who were arrested.

Jurors were told Mulligan was able to identify the men but she had changed her description of the suspects, stating they were older.

The two suspects were charged with attempted burglary and subsequently jailed, for 12 months and 28 months.

During the trial, further text messages between Belton and Mulligan were revealed.

Mulligan then replied to Belton and said: ‘Did I get them right then?’ to which Belton said: ‘Don’t know I’m assuming so.’ 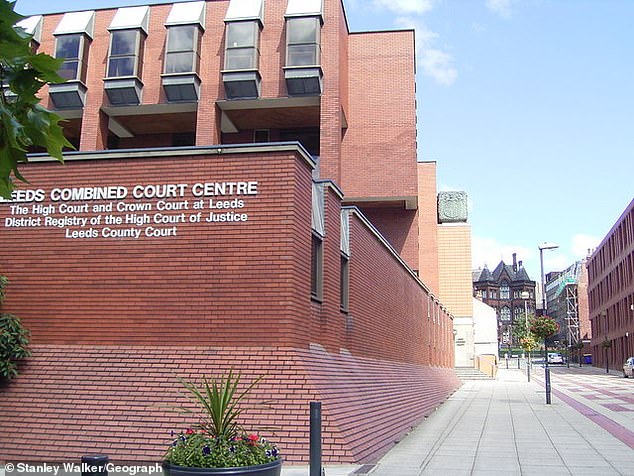 Mulligan then sent a text saying she would be ‘well impressed’ with herself if she did.

During New Year’s Eve celebrations in 2013, toasting their success in securing convictions against the men, Mulligan’s message refers to the case as a ‘pretty good result all round’.

Belton replied: ‘They deserve it. I hate burglars. And to play them at their own game.’

The alleged offending did not come to light until two years after the incident when the text messages were discovered by ‘coincidence’.

Belton’s messages had been sent from a police-issue Blackberry and were found by a detective constable who was investigating an unrelated case.

The prosecution said the messages were direct evidence of a plan to corrupt the identification procedure.

Prosecutor Gaias Gozem told the jury of nine women and three men: ‘It isn’t the job of the police to bend the rules.

‘The prosecution say those texts clearly reveal there was a plan – a plan hatched and successfully executed – to ensure Mulligan picked out the two men the police had arrested.’

The defendants claimed Mulligan was never shown pictures of the two men in advance of the identification procedure.

They described the text messages sent between them as ‘silly banter’.

Belton was found guilty of plotting with her colleague, police constable Mulligan, to corrupt an identification procedure to secure convictions against two men.

Mulligan was given 12 month sentence, suspended for two years, over her role in the conspiracy to pervert the court of justice.

The judge added: ‘I think you, Elizabeth Belton, got carried away.

‘You were showing off to your friend and you were throwing your weight around with junior colleagues.’