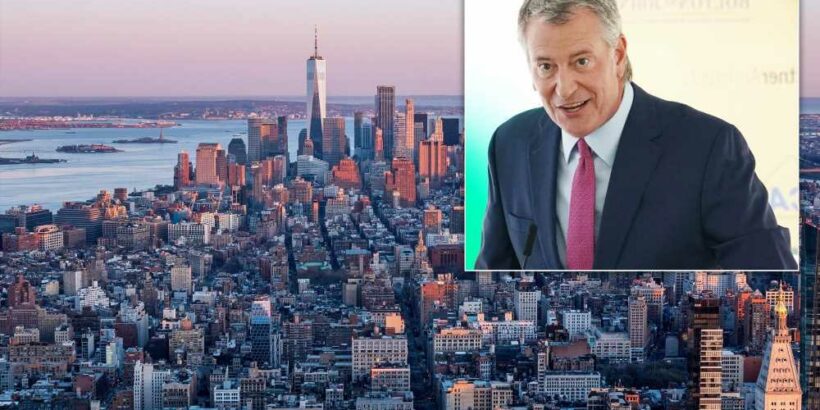 New York City’s hotels are starting to fill up and tourism activities are coming back, indicating that “something great is happening” in the city’s recovery from the COVID-19 pandemic, Mayor Bill de Blasio said Thursday — ascribing the bounce back to out-of-town patrons flocking to the Big Apple for its dining.

De Blasio said weekly hotel occupancy has hit the highest level since before the pandemic, as 481,284 rooms were filled in New York City — a 17,000 increase compared to the week before, representing a sign the Big Apple is turning the corner after hotels and restaurants were hit hard by the coronavirus and precautions for it.

“Visits are up big-time,” de Blasio said Thursday morning during his daily remote press briefing. “We are well on our way to reaching our goals and then exceeding them, because people are coming back to New York City.”

“This is incredible progress.”

“Outdoor dining has gotten amazing attention all over the country. People are coming to New York City just to experience outdoor dining here,” he said. “All of this is adding up in a very big way.”

Meanwhile, passengers traveling from Battery Park to Liberty Island were up 22 percent last week compared to the end of June, the mayor said.

“Visits are up big-time,” he said. “It’s skyrocketing. Something great is happening.”

Tourist attractions and hotels are seeing more business, because an increasing number of tourists are dining out at the Big Apple’s outdoor restaurant setups and visiting cultural institutions such as museums, de Blasio claimed.

The promising figures come after the city in April launched a $30 million tourism promotion campaign.

But the COVID-19 recovery has not yet helped out all in the hospitality industry.

Rich Maroko — president of the Hotel Trades Council, the city’s hotel workers union — told The Post on July 15 that 50 percent of its members are still out of work.

Additionally, one-third of the city’s hotels have been forced to permanently close, according to data released in January by the city’s planning department.

The hotel industry’s rebound comes as de Blasio’s planning department is moving forward with a “dangerous” policy that would add a high hurdle to hotel developers looking to build in the five boroughs.

“It will cripple Broadway, restaurants, stores and other businesses that will be unable to return to their former levels,” said an architect who testified at a July 14 hearing.