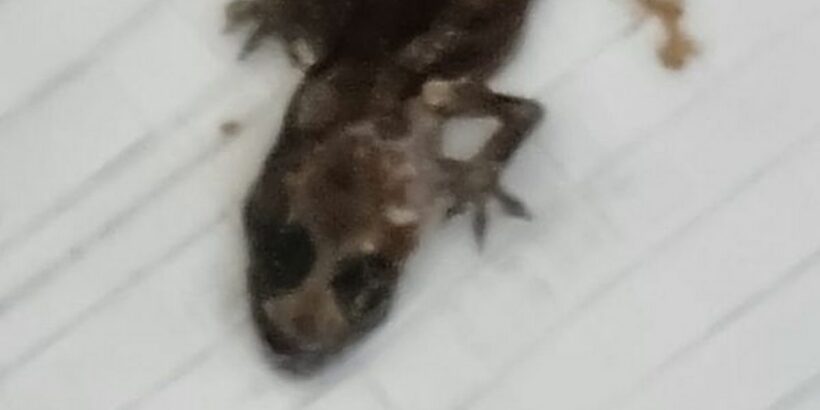 A mum has slammed budget supermarket Aldi for leaving her kids “petrified” after they found a dead lizard in a bag bought from the shop.

The fuming parent has vowed to never return to the Castle Bromwich store after the grim discovery left her young children traumatised.

She says she was forced to chuck out £20 worth of food in case it had been contaminated and was left to console her devastated family – but when she complained, she says Aldi customer services offered her just £3.59 in a compensation voucher.

The woman, who didn’t want to be named, toldBlackCountryLive: "Obviously this looks like a lizard and I don't know the background or nature of it or whether it could be dangerous.

“I got back home and had to bleach the entire kitchen – my younger kids were terrified of it as they've never seen something like that in this country before.

“(Aldi) offered me a £3.59 voucher, which I thought was a joke and insulting. I replied and said thank you for the offer but I threw away £20 worth of food and spent money on cleaning products so £3.59 is nothing compared to that.

"But aside from that it petrified my children when they saw that thing. You don't see things like that in this country. My five-year-old was screaming.” Since the raging mum escalated the complaint, customer services have promised her an £100 voucher to make up for the stress and upset she experienced.

But she claims what she wanted more than money was to let the store know what had happened so that other people don’t have to experience the same thing. She explained: “My whole point was for them to realise what was going on and they said they contacted the store and will do health and safety checks and provide training.

"I just want people to be aware that they need to check their bags before they put the shopping in. And Aldi need to know that things like this can happen and they need to be a little more careful."

A spokesperson for the store said: "Our supplier has robust processes in place meaning incidents like this are extremely rare. We have apologised for any inconvenience caused as our usual high standards were not met on this occasion."