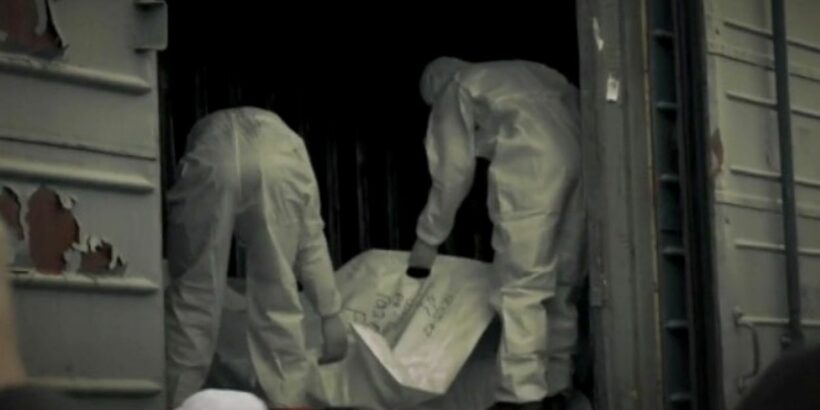 The bodies of dead Russian soldiers have been shown piling up in refrigerated trains where soldiers killed in the Ukraine war are stored, a video has shown.

The claim was made by the Ukrainian government after they released a video on Friday (May 20) showing people wearing hazmat suits enter a train and pull out body bags.

Videos of the refrigerated corpses comes after reports indicate Russian president Vladimir Putin has lost nearly 30,000 troops during the war in Ukraine.

The caption read: "We treat dead #russians better than they treat live #ukrainians. Just another thing that makes us different."

Video footage tweeted out by Kamyshin claims that Ukraine preserve the bodies "according to humanitarian law, to release them to mothers and wives."

The clip also added: "Russia hides real losses from families. To avoid panic and to avoid payment of compensations."

Evidence from the video went on to explain how Ukraine preserves the bodies by storing them in refrigerated trains, adding that the railway is ready to deliver "cargo 200" to Russia, a Soviet military code referring to war casualties.

The video ends with the caption: "Your 'cargo of 200' is waiting on demand".

Ukraine recently ruled out a ceasefire option or any territorial concessions to Moscow.

Lead Ukrainian negotiator Mykhailo Podolyak said: "The (Russian) forces must leave the country and after that the resumption of the peace process will be possible."