A fire has torn through a hot springs hotel in the northeastern Chinese city of Harbin, killing 19 people and causing 23 others to be taken to hospital.

Police have detained the owner of the resort hotel. The public security bureau of the city of Harbin said on its official social media account it was questioning the legal representative of the Beilong Hot Spring Leisure Hotel on suspicion of negligence leading to Saturday's fire.

The disaster added to a string of deadly blazes that have plagued China despite official efforts to improve public safety over the past two decades.

The fire broke out at the four-story hotel in Harbin's Sun Island recreation area at 4.36 am and was extinguished at 7.50 am by a force of 105 firefighters with 30 firetrucks, Chinese state television said.

Firefighters found 18 people dead and one more died at a hospital, the Harbin city government said on its social media account. It said 23 people were injured and more than 80 evacuated.

Harbin, with about 5 million people, is the second-largest city in China's north-east, after Shenyang. It is known for the Russian architecture of its inner city and as the site of a winter festival with sculptures made of ice blocks cut from the Songhua River. 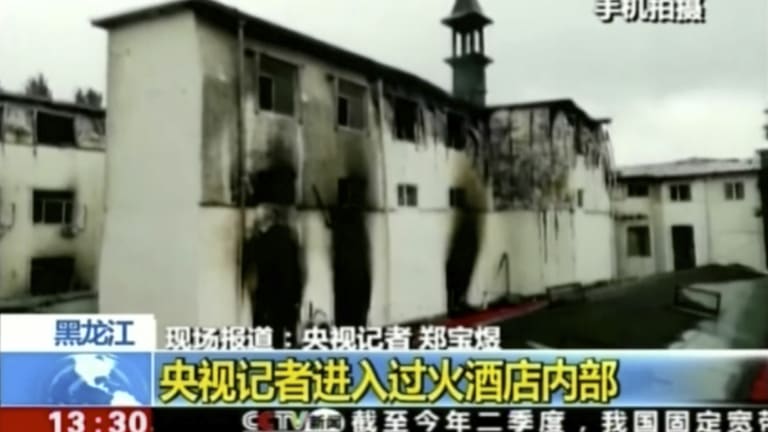 In November, a fire blamed on faulty wiring at a Beijing apartment building killed 19 people.

A 2010 blaze at a Shanghai apartment tower killed at least 58 people. Authorities blamed sparks from a welder's torch.