‘Sharing MDMA is like buying a round of beers’: Drug dealer defends giving law student friend, 19, ecstasy before he fell to his death in halls of residence stairwell as he awaits sentence

A dealer who admitted giving ecstasy to a university friend who later died has pleaded for forgiveness saying ‘pooling’ money for drugs was just like buying a round of beers on campus.

Alexander Chippindale, 20, pleaded guilty to supplying MDMA taken on the night law student Luke Johns fell down the stairway of his halls of residence at the University of Plymouth and died.

But he said they had been among a group of friends who had bought the drug together at a cheaper price with pooled cash.

Speaking outside court he said he asked for forgiveness and that buying drugs in this way was just a part of student culture and said he is ‘not a bad person’. 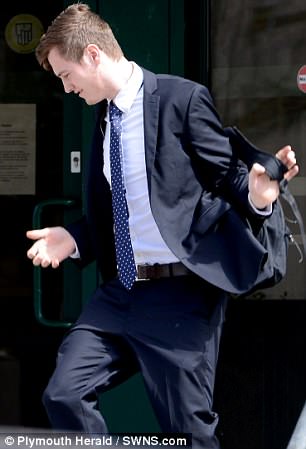 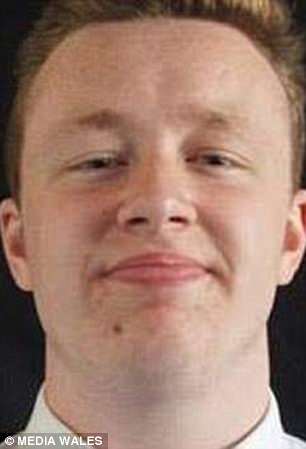 Alexander Chippindale, 20, (left outside court) pleaded guilty to supplying MDMA taken on the night law student Luke Johns (right) fell down the stairway of his halls of residence at the University of Plymouth and died

Chippindale pleaded guilty at Plymouth Crown Court to being concerned in the supply of MDMA in the months up to the 19-year-old’s death on February 19 last year.

Judge Paul Darlow adjourned sentence until next Wednesday for a probation report.

But he told the court that the MDMA was not a ‘major cause of his death’.

An inquest in January heard that Mr Johns had also drunk large amounts of alcohol and smoked cannabis before he fell from the balcony, which was on the ninth floor.

The coroner recorded a verdict of accidental death.

But after the latest case Chippindale said outside court: ‘Please don’t make me out to be a bad person.

‘I lost a good friend. I have suffered from panic attacks and been diagnosed with anxiety and depression since the incident and everything in between.’

He added that the sharing and taking of MDMA was ‘common in student culture’.

Chippindale added: ‘It is like pooling money for buying beers. It is actually really wrong and not just a little bit naughty.

‘If one positive comes out of this it is that people should not take this drug.’

The student, of Plymouth, Devon, said he was carrying on with his media studies course.

He changed his plea on being concerned in the supply of the Class A drug to guilty on the eve of his trial.

Legally someone is guilty of the offence if they are involved in getting hold of the drug – not just if they sell it to strangers on the street.

Chippindale continues to deny having five wraps of ecstasy in his room with the intention of supplying them to others. 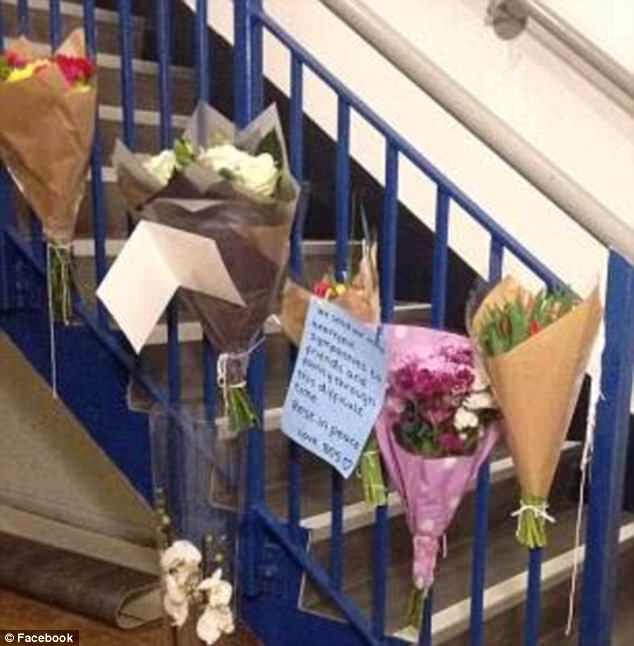 He said that they were for his own use – which has now been accepted by the prosecution.

Mr Johns, originally from Pontypridd in Wales, died from multiple head injuries when he fell from Discovery Heights in the city centre.

The inquest heard that teenager, who was 6’8′, died from multiple head injuries.

Toxicology tests showed he had 196mg of alcohol in 100ml of his blood – about two-and-a-half times the legal drink-drive limit.

The teenager returned to his halls after a night out and continued drinking and playing games in the communal area.

He left the room after becoming unwell in the early hours of February 19.

A security guard said he saw Mr Johns lean over the balcony before falling to his death.