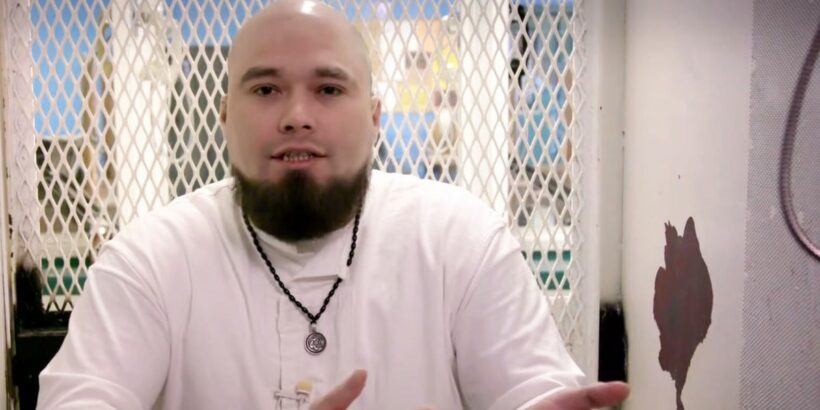 A death row murderer who stabbed his victim 29 times for $1 has had his appeal for a stay of execution rejected after he tried to sue prison official because he wanted a pastor to lay his hands on him at the end.

John Henry Ramirez, 37, has been on death row in Texas for the brutal murder since 2009.

He sought to have his execution delayed on religious grounds but now he is due to receive the lethal injection on Wednesday.

The state of Texas allows a spiritual adviser into the death chamber but Ramirez asked for Pastor Dana Moore to be allowed to put his hands on him and pray out loud during the execution.

But the Fifth Circuit US Court of Appeals has rejected the request over fears it could botch the execution procedure.

Ramirez, a former Marine and devout Protestant, is being executed for stabbing convenience store worker Pablo Castro to death in Corpus Christi, Texas, in 2004.

He stabbed Mr Castro 29 times with a serrated knife in the horrific murder. Him and his accomplices pocketed a measly $1.25 during the robbery, according to court documents.

The laying of hands is a symbolic act for Protestants where a religious leader places their hands on a person to pass over spiritual blessing.

Ramirez claimed that denying this request would be a violation of the first amendment right, which prevents the government from making laws which regulate an establishment of religion or that would prohibit the free exercise of religion.

The court said: "The complexities attending the administration of drugs in the execution procedure and its failures expose the risks on non-medical hands on the body of a person undergoing the procedure."

Ramirez has already dodged execution twice in the past, one in 2017 so he could receive a new attorney and again in September last year due to the Covid-19 pandemic.

During an interview from prison in 2018 he said he, Angela Rodriguez and Christina Chavez were driving around smoking marijuana, taking cocaine and prescription drugs while drinking copious amounts of vodka on the night of the killing.

He told BBC that Rodriguez was fighting with a man and he got involved in the altercation to try to separate them.

"I had stabbed him in the neck," Ramirez said.

"There was like a real aggressive gurgling sound. That's what kind of snapped me out of it, and I saw how hurt he was and he was bleeding everywhere. I was just like: 'Oh man. I went too far.'"

Ramirez claimed that his military training took over during the drug-induced blackout.

Ramirez claimed that he is ready for death, saying: "I really do want to get the hell out of here."