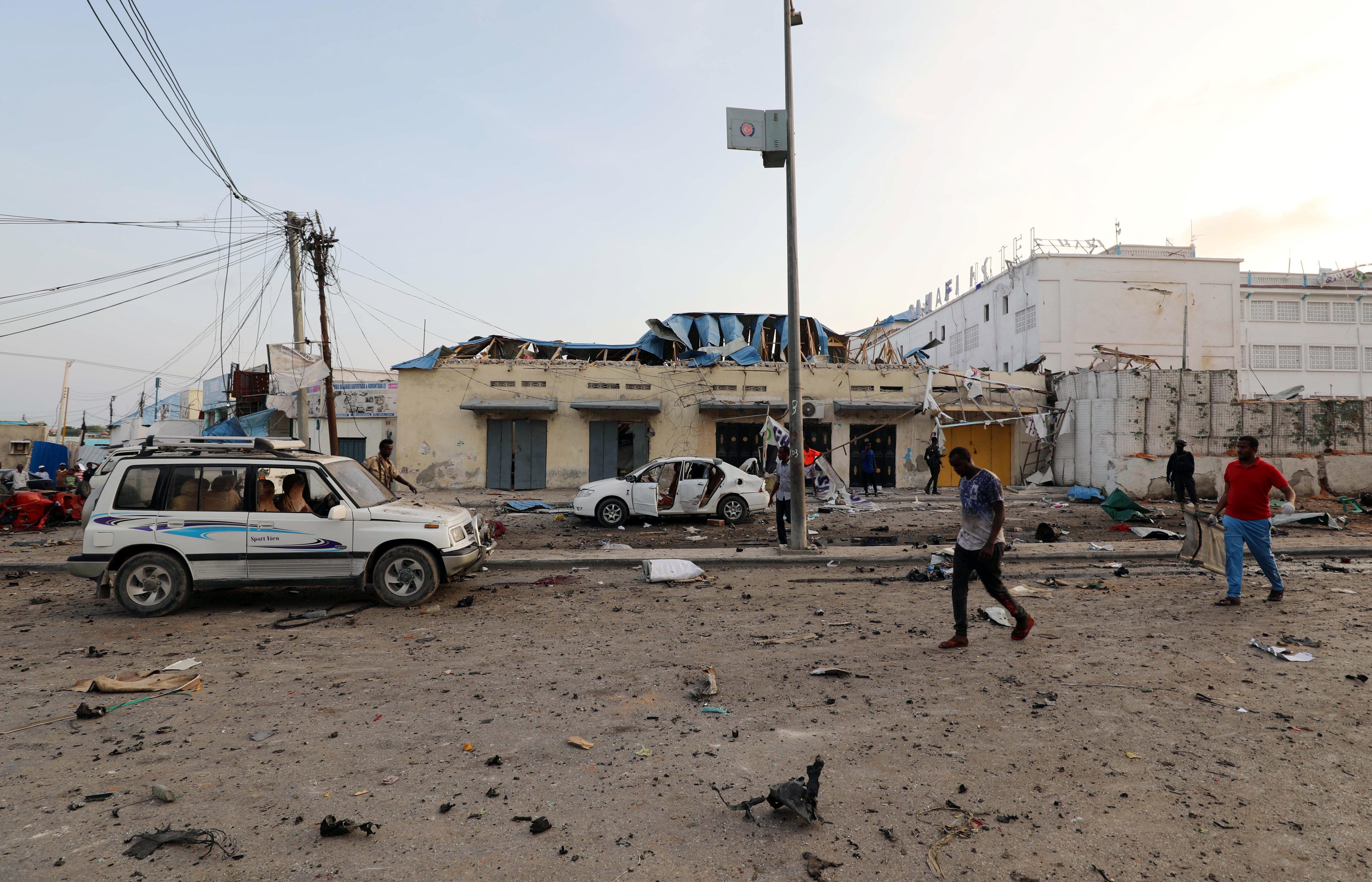 MOGADISHU (Reuters) – The number of people killed when suicide bombers and gunmen struck a popular hotel in Somalia’s capital has risen to 39 from the initial 22, police said on Saturday.

Guards at the Sahafi hotel and the adjacent CID office opened fire after two suicide car bombs went off on Friday afternoon, A third explosion from a bomb placed in a three-wheeled “tuk-tuk” vehicle near the hotel also hit the busy street.

“We have confirmed 39 civilians died and 40 others were injured in yesterday’s blasts,” said Mohamed Hussein, a police officer in the city.

“The death toll may rise because some people are still missing.”

The militant Islamist group al Shabaab, linked to al Qaeda, claimed responsibility for the attack on the Hotel Sahafi, which is near the headquarters of Somalia’s Criminal Investigations Department (CID).

Somalia has been engulfed by violence and lawlessness since dictator Mohamed Siad Barre was toppled in the early 1990s.