A bottle of sun lotion from the 50s priced in shillings, a crisp bag from 1971 and a packet of biscuits from the 1980s: Decades-old plastic is uncovered after storms washed away sand on Cornish beach

A bottle of sun lotion from the 50s, a crisp bag from 1971 and a packet of biscuits from the 1980s are just some of the old items uncovered on a beach after storms washed away sand.

The decades-old litter was found by a group of 11 volunteer litter pickers at Crantock Beach near Newquay in Cornwall, last week.

Pauline Tudbury, 58, said:  ‘I was very surprised by what we found at the weekend. We filled up eight buckets with all sorts of rubbish.

‘I have never come across anything from as far back as the 1980s before, but we were picking up wrappers and packets from then and even earlier.

‘There was crisp packet from around 1971 which was advertising a competition to win tickets to see Donny Osmond or David Cassidy.

‘All of it had been covered by sand for years but there has been a lot of erosion this year that has uncovered these things again.

‘It really goes to show just how long this stuff hangs around for, and I hope it serves as a warning to people not to leave litter on the beach. 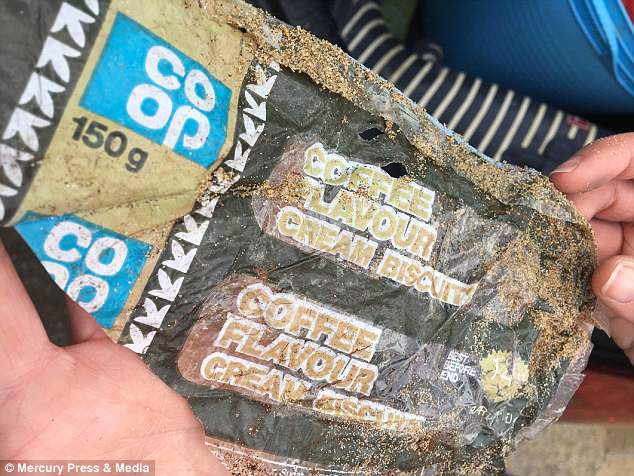 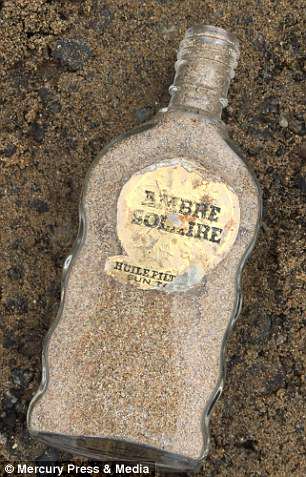 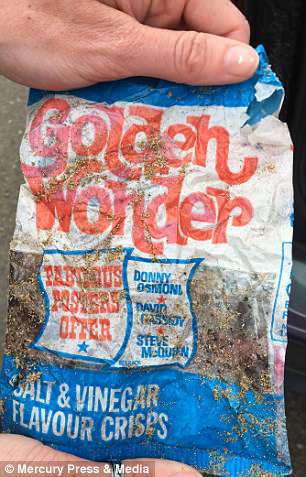 Among the other finds was a packet of coffee cream flavour biscuits from 1984.

While some of the plastics found were washed up onto the beach, most had been left by beach goers decades ago and covered by the sand dunes over time.

Heavy rain and strong tides throughout the course of the year stripped away top layers of sand to reveal the items, which included bits of plastic left behind by holidaymakers more than 60 years ago.

Retired Royal Mail worker, Pauline, from Newquay, is now urging people to stop littering on beaches to prevent them from being damaged.

She said: ‘I just hope people pay attention and look after our beaches a lot better in the future. They need a lot more education.

‘Every time you visit one you will find plastic and rubbish lying around.

‘You always find flip-flops that have been left, parts of old fishing nets that have washed up and lots of toothbrushes – we found 15 of those at least on our last hunt.

‘Beach combing is something I have done for quite a while and I always pick litter up as I go along.

‘Not only does its look horrible, it’s really damaging to the wildlife here.

‘David Attenborough has done a lot to highlight the problem, but there’s so much more that needs to be done.’ 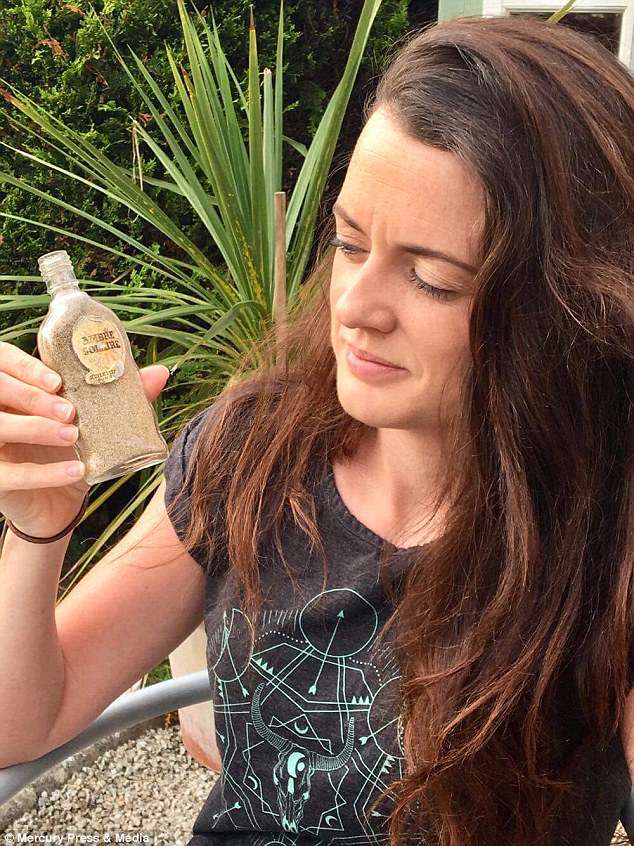 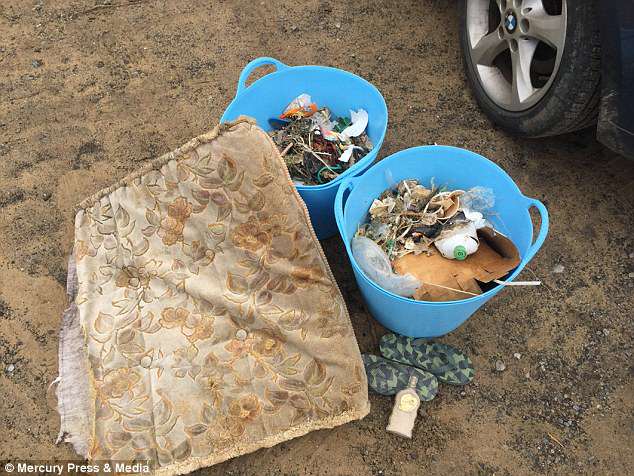 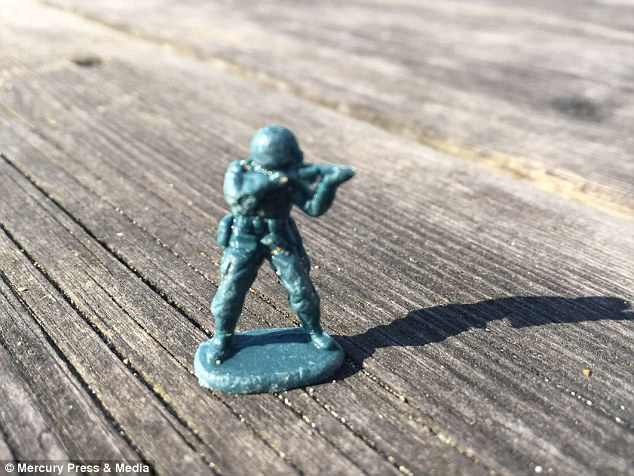 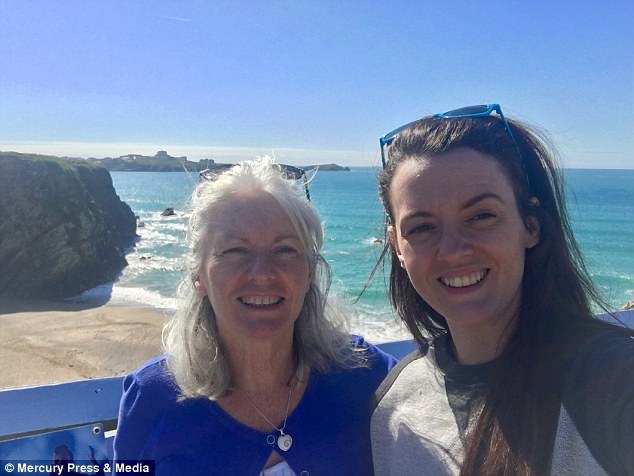 Among the volunteers was Pauline’s daughter Hannah, 29, who works as an assistant marketing manager and also does beach combing at Cornwall’s Watergate Bay.

She found the glass sun cream bottle lodged in the sand and, after researching it, discovered it must have come from the 1950s.

It is believed the lack of fading on most of the bottles and packages found means it’s highly likely they have been stuck in the sand for decades rather than washed up out of the ocean.

The group took what they could home to be recycled, but some of the rubbish had to be left in bins near the beach to end up in a landfill.