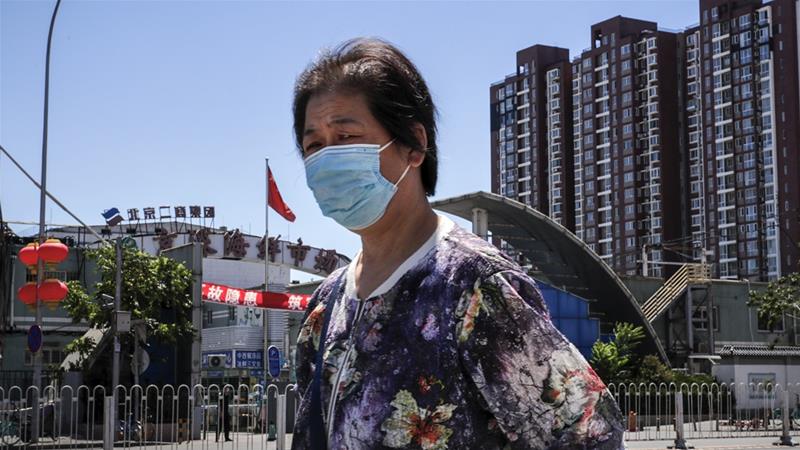 Ten more neighbourhoods in Beijing have been sealed off as part of the city’s attempt to deal with a sudden spike of cases linked to a wholesale food market, according to AFP news agency.

South Korea kept new cases below 40 for the second day in a row, according to Yonhap news agency, but is concerned about cluster infections and untraceable cases in the Seoul metropolitan area.

The Korea Centers for Disease Control and Prevention reported 37 new cases on Monday, 24 of them local infections and all but two of those in the Seoul area.

The new cases are clustered around a door-to-door business group, small churches and a table tennis centre.

But the number of cases where the origin is unknown is also growing, according to the KCDC, up 1.8 percentage points to 9.2 percent of cases over the first two weeks of June. 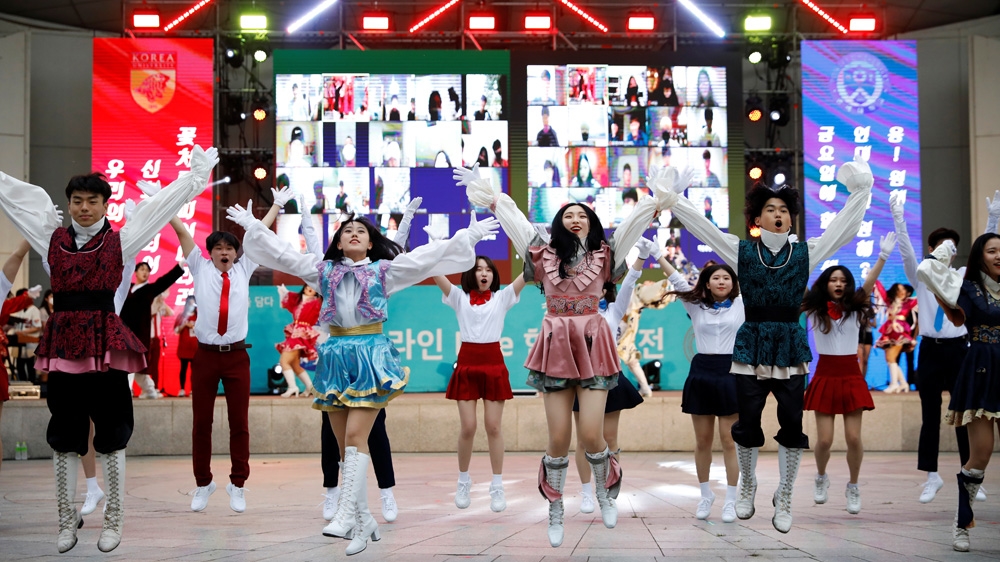 Japan’s Foreign Minister Toshimitsu Motegi says the government has made no decision to ease the entry ban imposed to curb the spread of the coronavirus after local media reported it might lift it for people from certain countries.

Montegi told parliament the government was looking at ways to ease the ban and would do so in stages if it decided to do so.

00:05 GMT – China ramps up testing in Beijing after spike in cases

China’s vice premier Sun Chunlan is calling for “decisive measures” in Beijing as the capital moves to mass coronavirus testing after a spike in cases connected to a major wholesale food market.

Late on Sunday, all companies were ordered to supervise a 14-day home quarantine for employees who’d visited the Xinfadi market or been in contact with anyone who had been there. The market has been closed and a number of residential estates around it sealed off. Schools and kindergartens in the area have been closed too.

According to state media, latest figures show 49 new cases in mainland China, ten imported and 39 acquired locally – 36 of them in Beijing.

Australia is expected to spend a further 1.5 billion Australian dollars ($1.03 billion) on infrastructure and fast-track approvals for a series of projects including the expansion of the Olympic Dam.

Prime Minister Scott Morrison is due to speak later on Monday.

“As we come out of the COVID crisis, infrastructure can give us the edge many countries don’t have,” he’s expected to say, according to extracts of the speech sent to Reuters by his office.

The government has already brought forward 3.8 billion Australian dollars in infrastructure funding with the country facing its first recession in 30 years.

Britain’s EasyJet will resume operations on Monday with a limited number of domestic flights within the UK. The first will leave Gatwick Airport for Glasgow at 06:00 GMT.

All passengers will have to wear face masks, aircraft cleaning will be enhanced and no food services offered.

EasyJet plans to add more services as the months progress and expects to be flying about three-quarters of its routes by August, but at a much lower frequency.

Ghana’s health minister Kwaku Agyeman Manu has been diagnosed with coronavirus and is a stable condition.

“Let us wish our hardworking minister for health, Kwaku Agyeman Manu, a speedy recovery from the virus, which he contracted in the line of duty,” President Nana Akufo-Addo said on television on Sunday.

Ghana has recorded nearly 12,000 cases of coronavirus, one of the highest in Africa, but has also tested far more people than most other countries. It has reported 54 deaths.

Read all the updates from yesterday (June 14) here.