The border, one of the most heavily guarded in the world, is also secured with over two million mines. The escape bid took place earlier this month on November 2.

According to the Chosun Ilibo the man, in his late 20s, climbed an iron pole and used the height to jump over the border fence.

He was then spotted “loitering” about a mile south of the border by South Korean forces using a thermal observation device.

Having been detained the man, who was wearing civilian clothes, requested political asylum.

The North Korean told authorities he is a former gymnast and this helped aid his escape. 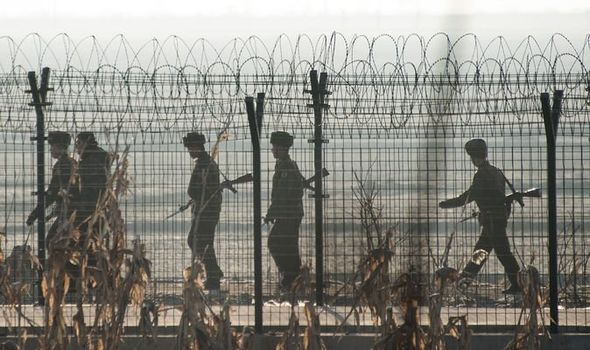 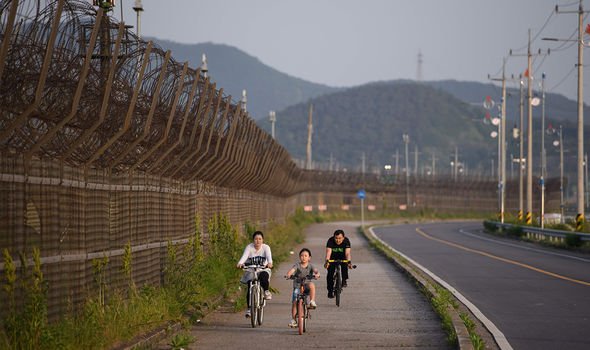 However there is confusion on the South Korean side about why the defector didn’t set off any of the censors along the border.

Speaking to the Yonhap news agency an official commented: “We will look into why the sensors did not ring and make sure they operate properly.”

Whilst a few have made it over the South Korean border most reach the country indirectly via China. 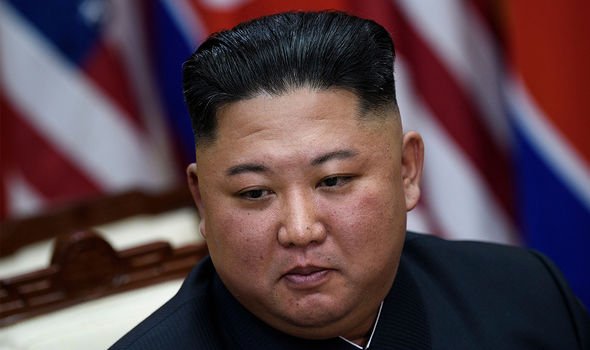 North Korean authorities harshly punish the families of those who get away and some defectors fall into the hands of Chinese people smuggling gangs.

In 2017 the incredible escape of Oh Chong-song, a North Korean soldier, was caught on camera.

Mr Chong-song was shot five times whilst making the crossing but was able to crawl to safety, and later picked up by South Korean troops. 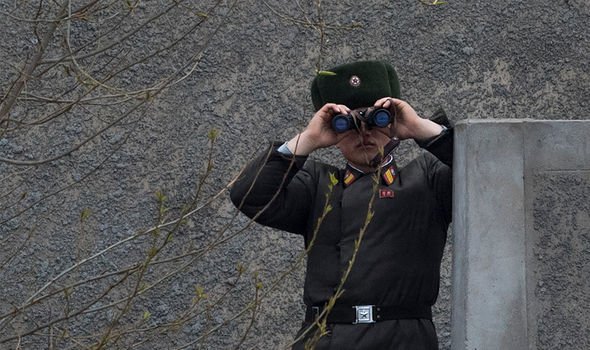 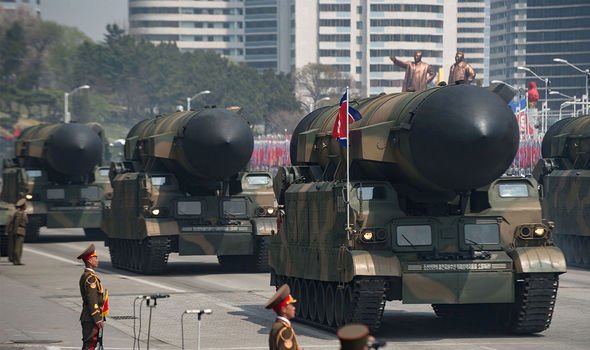 After being taken to hospital he was found to have parasitic worms inside his stomach of up to ten inches in length.

One of those who successfully escaped from North Korea was Yeonmi Park, who crossed into China aged 13 with her mother in 2007.

Describing the escape to Express.co.uk she stated: “My sister left on March 26 and four days later my mum and I followed her.

“After that my father, my aunt, everybody was beaten and tortured because we had disappeared.

“But because thankfully we were following a few days later we didn’t get tortured.

“The rest of the family were tortured because of our escape.”

Once in China Ms Park fell into the hands of people traffickers.

If was only after several years of servitude she was able to escape, going first to Mongolia and then South Korea. 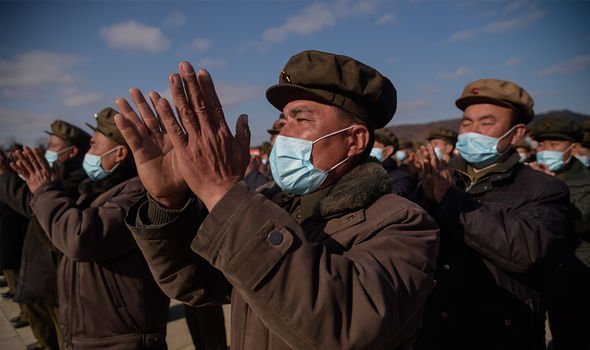 Describing her ordeal she said: “As soon as we got there in China the first thing I witnessed was my mum being raped in front of me.

“They sold me separately from my mum so I was separated from everybody. We were sold to a human trafficker and so many things happened.”