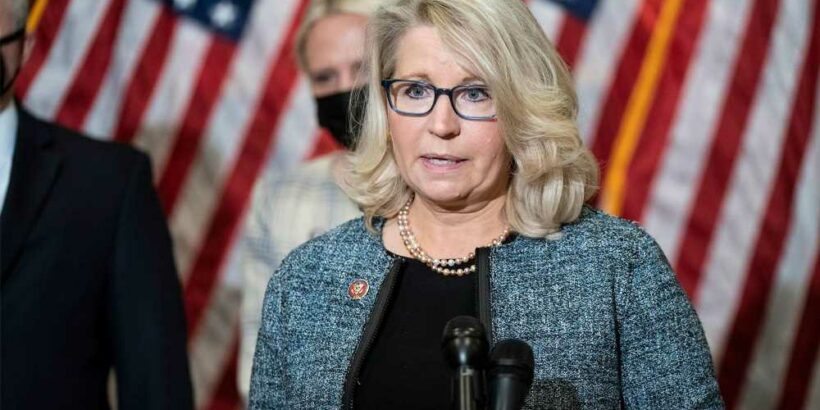 House Republican Conference Chair Liz Cheney (R-Wyo.) took to the House floor to defend her stance on former President Trump on the eve of the House GOP’s conference vote to oust her from her leadership position.

The Wyoming Republican — one of the most vocal critics of Trump and his unsubstantiated claim that he won the election — has come under fire from her GOP colleagues who argue that her “Never Trump” stance doesn’t represent the views of the conference and allege her rhetoric has hindered her ability to message for the party.

Despite landing in hot water due to her continued rebuke of Trump, which has led to her likely ouster from leadership, Cheney argued that America deserves to know the truth about the election and should not whitewash the deadly riot at the Capitol on Jan. 6, when pro-Trump rioters breached the Capitol in an attempt to disrupt the certification of the election.

Cheney kicked off her speech stating that she has “some thoughts” on cancel culture — which Cheney allies have argued the party is inflicting on her due to her stance on Trump — before arguing that by not addressing Trump’s rhetoric they will undermine confidence in democracy.

“A former president, who provoked a violent attack on this Capitol in an effort to steal the election. He has resumed his aggressive effort to convince Americans that the election was stolen from him. He risks, inciting further violence,” she said on the floor.

“Millions of Americans have been misled by the former president, they have heard only his words, but not the truth as he continues to undermine our democratic process, sowing seeds of doubt about whether democracy really works at all. I am a conservative Republican, and the most conservative of conservative principles is reverence for the rule of law.”

Cheney went on to note that the Trump campaign’s attempts to challenge the results in court were unsuccessful and that the Trump Department of Justice investigated the matter and did not find evidence of widespread fraud.

“Those who refuse to accept the rulings of our courts are at war with the Constitution. Our duty is clear: Every one of us must act to prevent the unraveling of our democracy. This is not about policy, this is not about partisanship, this is about our duty as Americans,” she continued.

“Remaining silent and ignoring the lie emboldens the liar. I will not participate in that. I will not sit back and watch and silence, while others lead our party down a path that abandons the rule of law and joins the former president’s crusade to undermine our democracy.”

While Cheney overwhelming prevailed in an attempt to oust her from her leadership position earlier this year, shortly after she voted to impeach Trump, her path to remain on as conference chair appears narrow, with House Minority Leader Kevin McCarthy (R-Calif.) and House Minority Whip Steve Scalise (R-La.) backing the effort.

Tensions between Cheney and her colleagues appear to have begun to reach a boiling point at the House GOP retreat in Orlando late last month, when she publicly split with McCarthy on the scope of the Jan. 6 investigative commission.

Despite moderates rallying behind her during the last vote, her support has begun to dwindle, with some Trump critics expressing frustrations that her comments have drawn attention to Trump instead of allowing for distance.

Rep. Elise Stefanik (R-N.Y.), who previously nominated Cheney for her leadership position, is expected to be elected to serve in her leadership role.