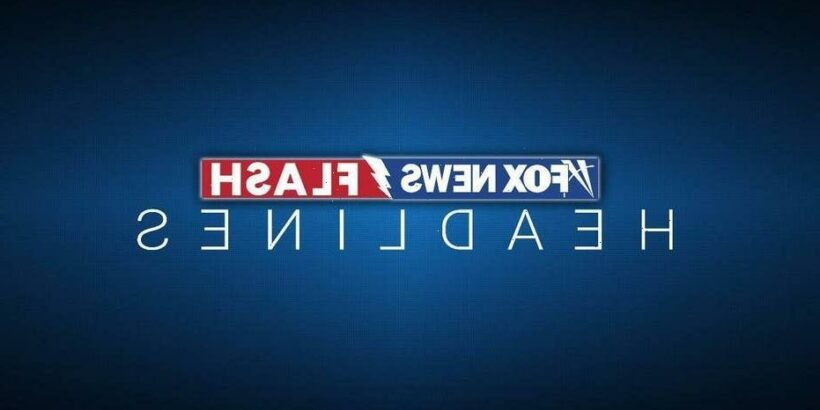 A University of Southern California professor is refusing to remove a pro-police Blue Lives Matter flag from outside his office door despite calls from students that it is “inappropriate.”

“It’s important,” James Moore, professor of engineering and policy, told the College Fix on Tuesday. “Blue lives protect black lives, and black lives are not at risk from the police — they are at risk from crime — and it’s blue lives that stand between them and crime.”

Moore posted the pro-police flag at the start of the fall semester outside of his office on campus. He has since faced repeated calls to remove the flag. 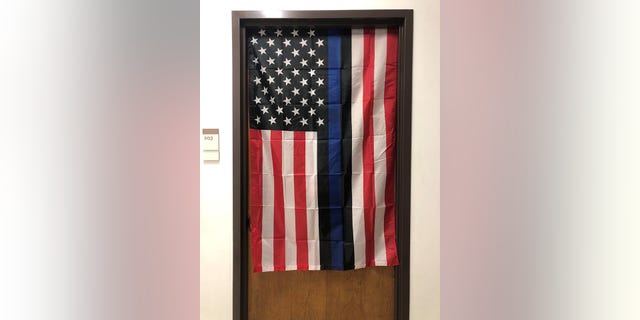 “This is an inappropriate and unnecessary symbol to have on an office door where USC is, within the last year or two, trying to have a much broader diversity initiative and to be inclusive, especially in the STEM area,” Shai Porat, a graduate student studying neuroscience, told campus newspaper the Daily Trojan on Tuesday.

“I want them to take it down, and I want them to do something about Professor Moore because this is not the first controversial thing he’s done,” Maricarmen Pachicano, a graduate student studying neuroscience, told the school newspaper.

Porat brought the issues to the Dean of the Viterbi School of Engineering and USC’s Office of Equity and Diversity in mid-October, the school newspaper reported. The offices told Porat that there is no policy supporting the removal of the flag.

“The university does not have a policy that limits the display of materials in spaces like this, though we are looking at whether it is needed,” the university said in a statement to the Daily Trojan. “As part of the university’s commitment to academic freedom, a faculty member can express his or her individual beliefs and viewpoints on a wide variety of topics – even controversial issues – but they do not speak on behalf of a school or the broader university.” 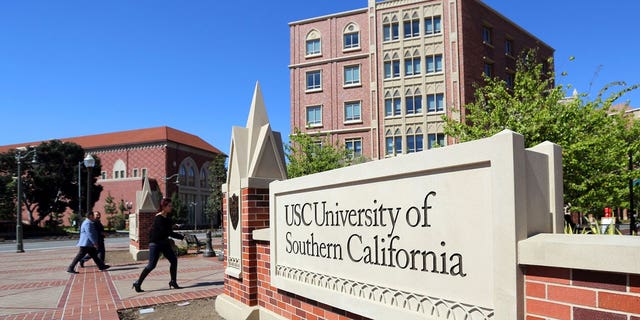 This March 12, 2019, file photo shows the University Village area of the University of Southern California, in Los Angeles. The first trial in the "Operation Varsity Blues" college admissions bribery scandal will begin this week, Wednesday, Sept. 8, 2021, with the potential to shed light on investigators’ tactics and brighten the spotlight on a secretive school selection process many have long complained is rigged to favor the rich. (AP Photo/Reed Saxon, File)
(AP Photo/Reed Saxon, File)

Moore, a self-described libertarian, added that an administrator called him a few weeks ago and suggested he take the flag down. He responded that he would not.

Porat argued that Moore hanging the flag is a “trolling situation” because he has sparked controversy in the past, notably in 2018 when he sent a schoolwide email regarding Title IX where he said, “accusers sometimes lie.”

Moore said the flag is not intended to troll students or the school.

“We are in an environment where there is a lot of homogenization of ideas, and diversity should include diversity of ideas,” he told The College Fix.

“This [USC] is supposed to be a safe space for diversity of thought,” the professor said. “We are charging people very good money to teach them to think. I am just trying to deliver.” 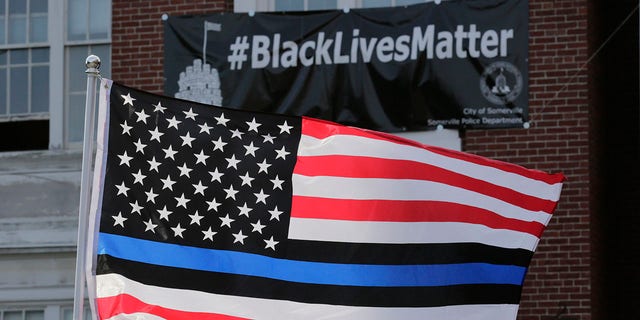 FILE – In this July 28, 2016, file photo, a flag with a blue and black stripes in support of law enforcement officers, flies at a protest by police and their supporters outside Somerville City Hall in Somerville, Mass.   An Oregon county has agreed to pay $100,000 to a black employee who sued after a co-worker pinned up a "Blue Lives Matter" flag. The Oregonian/OregonLive reports Saturday, April 20, 2019, that Karimah Guion-Pledgure alleged in her January lawsuit that the flag demeans the "Black Live Matter" movement. (AP Photo/Charles Krupa, File)

Moore added that he hung the flag for three reasons: Dispute the notion that police are the biggest statistical threat to Black Americans;  honor a family member who recently retired as a police detective; highlight the fact that homicides have spiked 30% since anti-police sentiment swept the nation last year.

“All of that is attached to this flag, an unvarnished, objective look at what is happening in the U.S.,” he told the College Fix. “We need the police to protect us.”

He added that some people have knocked on his door and thanked him for hanging the flag, and he noted that, “whether there are other libertarian and conservative faculty on campus, they are not inclined to speak up in the theater of ideas, so I figure I have a job to do.”

Moore told Fox News on Wednesday that he chose a Blue Lives Matter flag that features the red stripes of the American flag as it “incorporates more of the design elements of the US flag than does the more prevalent black, white and blue version.”

“The black, white and blue version seems to me to be based on the black and white versions of the flag that appear on military camouflage fatigues, which suggests to me a call to militarize the police.  This is not the message I want to send.”

“This version of the blue lives matter flag is intended to communicate and emphasize the necessary and high risk role civilian police authorities have in maintaining social order in a free and just society,” Moore continued.

“I have lived through two riots in Los Angeles in 1992 and 2020, and public authority has a duty to protect property.  Property rights are the basis of exchange, voluntary transaction, and the benefits of trade.  Our economy cannot function without security.  Protecting property and property rights may be the most fundamental and consequential duty that public authority has, because it enables the quality of life we want.  Execution falls to the police, which makes them particularly important.  The fact that they consistently put their lives on the line for us all deserves recognition and respect, and they have mine,” he noted to Fox News.

He also added that there are some current policing practices he would change.

“I think qualified immunity as currently defined by the U.S. Supreme Court is too broad.  I objected to no knock warrants long before Breonna Taylor was killed.  Asset forfeiture is far too frequently abused.  Police unions are obstacles to needed reforms.  There are a host of ways policing in American can better.  The good news is that most police officers want it better, and I am standing with them,” he said.