MAD, an influential Danish nonprofit group dedicated to global change in the restaurant industry, on Tuesday announced its most ambitious project to date: building a permanent educational center in Copenhagen.

With funding from the Danish government for research and planning, the group will open the center, tentatively called the Gastro-Akademi. Its immediate goal is to teach chefs from around the world how restaurants can become more humane, responsible and sustainable. In the long term, the group hopes to address the industry’s many endemic problems, from climate change and food waste to its history of racism, sexism and violence.

About $3.8 million in seed money for the academy will come directly from the Ministry of Environment and Food of Denmark, an unusual example of public funding for culinary education that emphasizes sustainability, diversity and gender equality over knife skills and tourist dollars.

“The food we eat and the ways we produce it have a major impact on human health and environmental sustainability,” the Danish prime minister, Lars Lokke Rasmussen, said in an email interview. “Gastronomy is therefore also a means to address global sustainability challenges — whether health, environmental or climate related.” 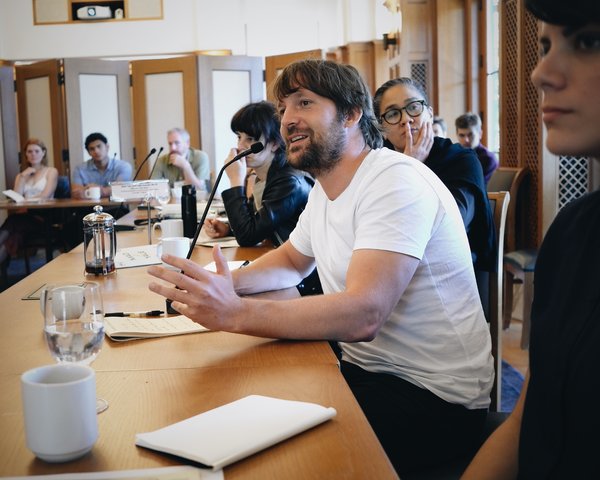 The grant is part of Gastro 2025, a multiagency push to make Denmark a world leader in food systems, as it is in areas like green energy and alternative transportation. It is also, Mr. Rasmussen said, official recognition that innovative cuisine has produced tangible benefits for Denmark. What began as chefs’ experiments with local foraging and cold-climate cooking have transformed the country into a global food destination.

Although a brick-and-mortar academy is years away, pilot programs will start this year. Two small groups of chefs and scientists, activists and farmers will meet in Copenhagen for five-day immersion programs to sketch the way forward.

“We want to make it a place to learn all the things we don’t seem to learn when we are becoming cooks,” said René Redzepi, the Danish chef and founder of the acclaimed restaurant Noma and of MAD, whose name is the Danish word for food.

Leadership and management, in particular, are skills that chefs rarely acquire before becoming business owners. Mr. Redzepi will work with an advisory group of chefs and food leaders, mostly from Scandinavia, to set the curriculum.

Mr. Redzepi has long challenged the parameters of restaurants, and food itself. With his work at Noma, he became the global avatar of the naturalistic New Nordic movement. Starting in 2003, he herded famous chefs from around the world into the wilderness for Cook It Raw, an annual hunting-gathering junket into the wilds of places like Japan, Lapland and the Lowcountry of the American South. He closed the original Noma in 2017, then recreated versions of it in Japan, Australia, and Mexico before reopening in Copenhagen in 2018.

Since MAD was formed in 2011, its Symposium has brought chefs, farmers, academics and activists to Copenhagen every two years for a meeting that has become a kind of Davos for the food world, with admission by application only. Each gathering incorporates not only lectures and workshops on subjects like carbon-footprint reduction, but also events like singalongs, Vedic breathing exercises, live-chicken decapitation and endless waves of innovative food like cauliflower ceviche tostadas, raw abalone, pork cracklings and goat-milk ice cream.

The Gastro-Akademi is an outgrowth of the nonculinary side of the Symposium, where talks have grown ever more grave in recent years, addressing sexual harassment, glacial melt, the behavioral economics of tipping and mental illness. MAD has also collaborated with Yale University on a leadership summit, and some of the same chefs who have participated in the Symposium — David Chang of the Momofuku restaurants, Kylie Kwong of Australia and the transplanted American Rosio Sanchez — are advisers on the development of the academy.

One, Jessica Koslow of Sqirl in Los Angeles, said MAD sessions have shown that the restaurant industry, which used to be intensely nationalistic, has become global in its outlook and concerns. “Some things about the industry are the same no matter if you’re cooking in Turkey or India or Italy,” she said.

“You can be an amazing chef, but if you can’t lead, or lead by example, there should be questions about your work,” she said. “MAD is asking the tough questions that you don’t ask when you’re a chef and all you think about is checking off your list of what you need to cut.”