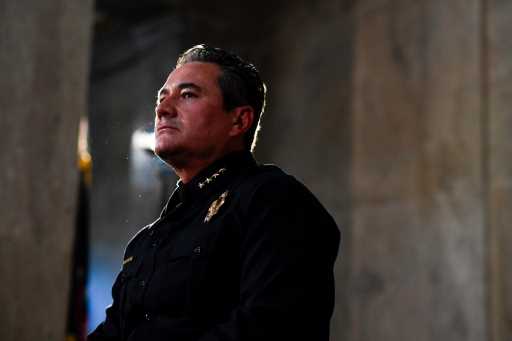 Denver police Chief Paul Pazen will retire from the department in October, ending a 28-year career with the agency, the city announced Wednesday.

Pazen became chief in 2018 — he was the city’s second Latino chief — and led the department through the COVID-19 pandemic and the massive 2020 protests of racist policing.

“It’s been an honor to serve the people of this city, and I couldn’t be prouder to have done it alongside these dedicated women and men of the department who’ve answered the call to protect the residents of Denver no matter the circumstance,” Pazen said in a news release Wednesday. “It’s important to me that the next police chief take the reins at this time so the department and our officers are well positioned for the future of policing in our community.”

Denver Mayor Michael Hancock chose Division Chief Ron Thomas to be the city’s next chief, pending City Council approval. Thomas is scheduled to take over day-to-day management of the department as acting chief on Sept. 6.

“Chief Pazen has had a distinguished career with the Denver Police Department, and over his nearly three decades in law enforcement, he has served the residents of our city at nearly every level of the department, including its highest rank, with integrity and a community-focused approach to policing,” Hancock said in a news release. “I want to thank Chief Pazen for answering the call to serve, and for his leadership of our community’s police department during these difficult past few years in the life of our city and our country.”

This is a developing story that will be updated.