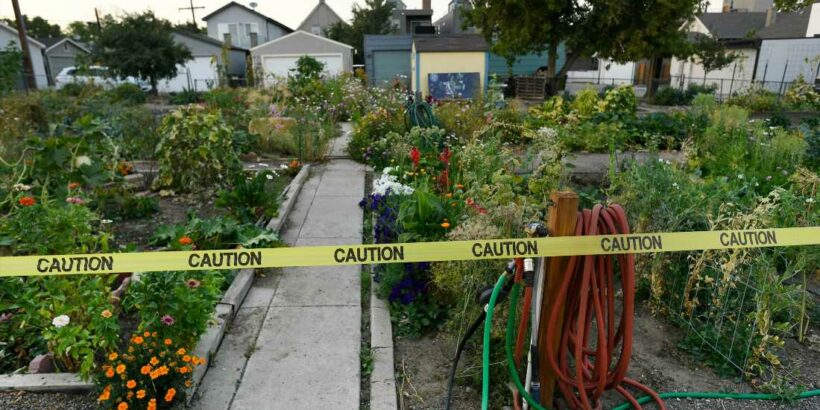 After months of uncertainty and frosty relations, Denver Urban Gardens and Lower Highland neighborhood residents who use the El Oasis garden will find out next week whether the property can be split for sale.

The roughly 22,000-square-foot green space at 1847 W. 35th Ave. has been the subject of controversy since nonprofit Denver Urban Gardens (DUG) last year announced it would sell the property for $1.2 million to cover debilitating budget shortfalls.

RELATED: A plot of land given to Denver Urban Gardens for $1 to house a community garden will be sold to developers for $1.2 million

Gardeners revolted, shocked that DUG would sell its biggest patch of urban green space and raising the specter of company mismanagement. It had been given to DUG for $1, and was meant to be held in perpetuity as a garden (although not legally secured as such).

Since then, gardeners have been looking for ways to head off the sale and expressing rage that they weren’t included in alternative discussions.

“We came up with over $500,000 right away from neighbors, citizens and private donors to save it,” said Ted Richardson, an El Oasis gardener and LoHi resident. “And we haven’t heard anything about it from them. They want to sell it and be done with it. They don’t want options.”

On Jan. 19, the city’s Board of Adjustments for Zoning will decide whether to split the parcel, with two-thirds of the land going to developer Caliber Construction for condos, and the remaining third (with only alley access, currently) going back to DUG and, after a redesign, the gardeners. The 9:30 a.m. hearing is an appeal for a denial of the permit to divide the lot, according to city records.

If it goes through, El Oasis’ 40 shared garden plots will be reduced to at least 30 smaller ones. DUG officials see the property’s sale as their only chance for financial stability.

“We expect to meet and exceed the criteria they put forth and will move forward with maintaining a garden on it and selling a portion as land,” said Ramonna Robinson, board chairwoman at DUG. “It (should be) pretty quick. It’s the last logistical thing we have to do in order for the sale to close.”

Gardeners still have questions. DUG officials claimed they were approached by a realtor on behalf of Caliber to start the sale, gardeners said. They also said Caliber developer Brad Liber told them the opposite of that at a mid-October Zoom meeting — that it was his company that had been approached.

“Somebody’s going to make a lot of money on that transaction,” said Alan Olds, another former El Oasis gardener who was on the call. “It’s not illegal, but it would certainly be unethical if that person had any association with DUG or a DUG board member.”

Robinson declined to name the realtor or real estate company.

“No one on the board has any previous relationship with Caliber,” she said.

Liber and Caliber officials did not respond to requests for comment.

After Jan. 19, the future of El Oasis will be much clearer. But whatever the outcome, one side will be decimated, gardeners said, whether it’s because of DUG’s budgetary problems or the gardeners’ reduced access.

“I just hope I’ll be able to garden a little bit there in the spring, as they said we would, even on the one-third smaller lots,” said Julie Kinamore, who lives in a carriage house in Sunnyside and worries she won’t be able to get a new plot at El Oasis. “I tried pots outside my window but it’s just too hot. I’ve asked friends if I can garden in their back yards, but they’re too far away. El Oasis is all I’ve got.”