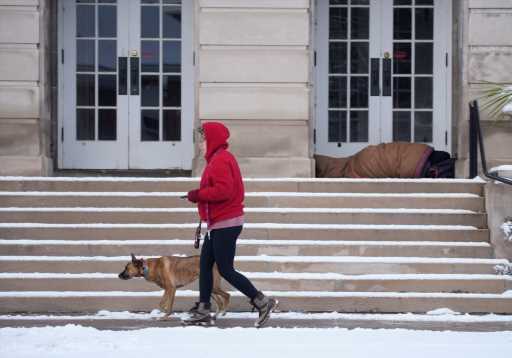 Denver weather will be mostly sunny on Saturday as strong winds roar through the mountains and foothills where avalanche concerns are heightened by recent snowfall.

Denver’s high temperature on Saturday will hit around 44 degrees, according to the National Weather Service forecast.

Extremely strong westerly winds, in the 30- to 50-mph range, are expected in the mountains and foothills on Saturday, with some areas seeing gusts up to 85 mph, the weather service said. Blowing snow in the mountains will lead to reduced visibility at times in some areas, making it difficult for travel.

Recent heavy snowfall in the mountains has heightened avalanche concerns and the Colorado Avalanche Information Center has posted a “special avalanche advisory” through the weekend for widespread areas including Steamboat, Flat Tops, Vail and Summit counties, Sawatch, Aspen, Gunnison, Grand Mesa, San Juans and the Front Range. The advisory runs through 6 p.m. Sunday.

“Avalanche conditions are unusually dangerous,” the CAIC said. Concerns are driven by a “very weak snowpack with new snow and strong winds.” People in the mountain backcountry are urged to be cautious and to carefully consider mountain terrains during recreational pursuits.

On Sunday and Monday in Denver, skies will be mostly sunny as the high temperature climbs to just under 60 degrees, the weather service said.

Winds will be lighter on Sunday in most forecast areas, although higher Front Range elevations could still experience robust gusts. The early part of the coming week will be dry with mild temperatures.