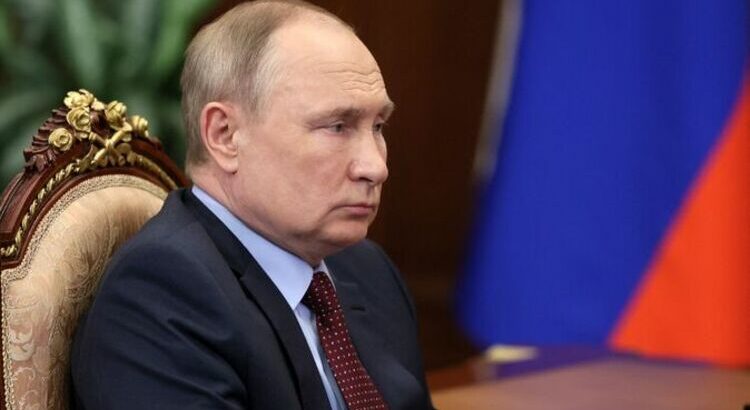 Ukraine: Putin claims operation is going according to plan

Head of the Ukrainian presidential office, Andriy Yermak, warned: “This war could be a prologue to a greater European or even global massacre.” Writing from an underground bunker for the New York Times, Mr Yermak added: “Not since the end of World War II has Europe seen violence and naked territorial ambition at such a scale.”

He continued: “For a week, Russian bombs have fallen overhead. Despite the constant barrage of Russian fire, we stand firm and united in our resolve to defeat the invaders. We will fight to the last breath to protect our country.

“But make no mistake: Other autocrats are watching, taking lessons. They can create a coalition of bad will — just look at how once-peaceful Belarus is now serving as a staging ground for Russian troops.”

The lawyer, whose mother was Russian, has been friends with the Ukraine’s president for more than 10 years. They met while both worked in TV and film production.

Mr Yermak wrote: “Listen to what Mr Putin is saying. For years, the West listened to Mr Putin but didn’t hear him; it is just now waking up to the existential challenge he poses to the world order.

“Ukraine has never underestimated his intentions — not since Russian aggression against our country began in earnest in 2014 — nor his willingness to achieve domination by any means necessary.

“That’s because we know this war is not just about Ukraine. The Kremlin wants to create a new Russian empire.”

He went on: “Again, make no mistake: Mr Putin aims to advance this ideology by going for blood beyond Ukraine. He must be stopped.”

Mr Yermak’s New York Times guest essay came ahead of a fire breaking out at a training building near Europe’s biggest nuclear power plant during a Russian attack in Ukraine.

Prime Minister Boris Johnson said the shelling of the facility by Russian tanks in the south-eastern Ukrainian city of Zaporizhzhia could “directly threaten the safety of all of Europe”.

The reactor is under renovation, but it still contains nuclear fuel, according to the power plant’s spokesman.

There was no sign of a radiation leak at the Zaporizhzhia plant with no change in radiation levels, according to the International Atomic Energy Agency.

During an early morning phone call with Mr Zelensky, the Prime Minister vowed to seek an emergency UN Security Council meeting in a bid for a ceasefire.

Putin called French president Emmanuel Macron on Thursday and spoke to him for 90 minutes, warning “the worst is yet to come”, according to the Elysee Palace.

The Russian President said he would achieve his military aims whatever happens and would continue fighting until the end.

Speaking on Russian TV, Putin said: “I want to say that the special military operation is proceeding strictly in line with the timetable. According to plan. All the tasks that have been set are being successfully resolved.”

Thousands of people are believed to have been killed and wounded and more than one million refugees have fled Ukraine since Putin launched the biggest attack on a European state since 1945.

Russian and Ukrainian negotiators agreed on Thursday to the need for humanitarian corridors to help people escape and to deliver medicines as well as food to the areas where fighting is fiercest.

The negotiators are due to meet again next week, the Belarusian state news agency Belta quoted Mr Podolyak as saying.

Only the southern port city of Kherson has fallen to Russian forces since the invasion, but Russian forces continue to surround and attack other cities.

Mariupol, the main port on the Sea of Azov, was surrounded and under heavy bombardment with water and power cut off as well as limited sanitation. Officials say they cannot evacuate the wounded.

Kharkiv in the north east has been under attack since the start of the invasion, but defenders are believed to be holding out in the heavily shelled city.

While no major attack has been launched on Kyiv, the capital has been shelled with Russian forces unleashing devastating firepower to break resistance in the outlying town of Borodyanka.